My arrival from Seoul airport to city center

Having landed at so many various airports worldwide, I have gotten used to searching the web figuring out how best to use ground transport to get to my hotel or city center. For whatever reason flying into Seoul gave me pause. With the Korean language barrier, I landed wondering how difficult finding my way to the city center would actually be? 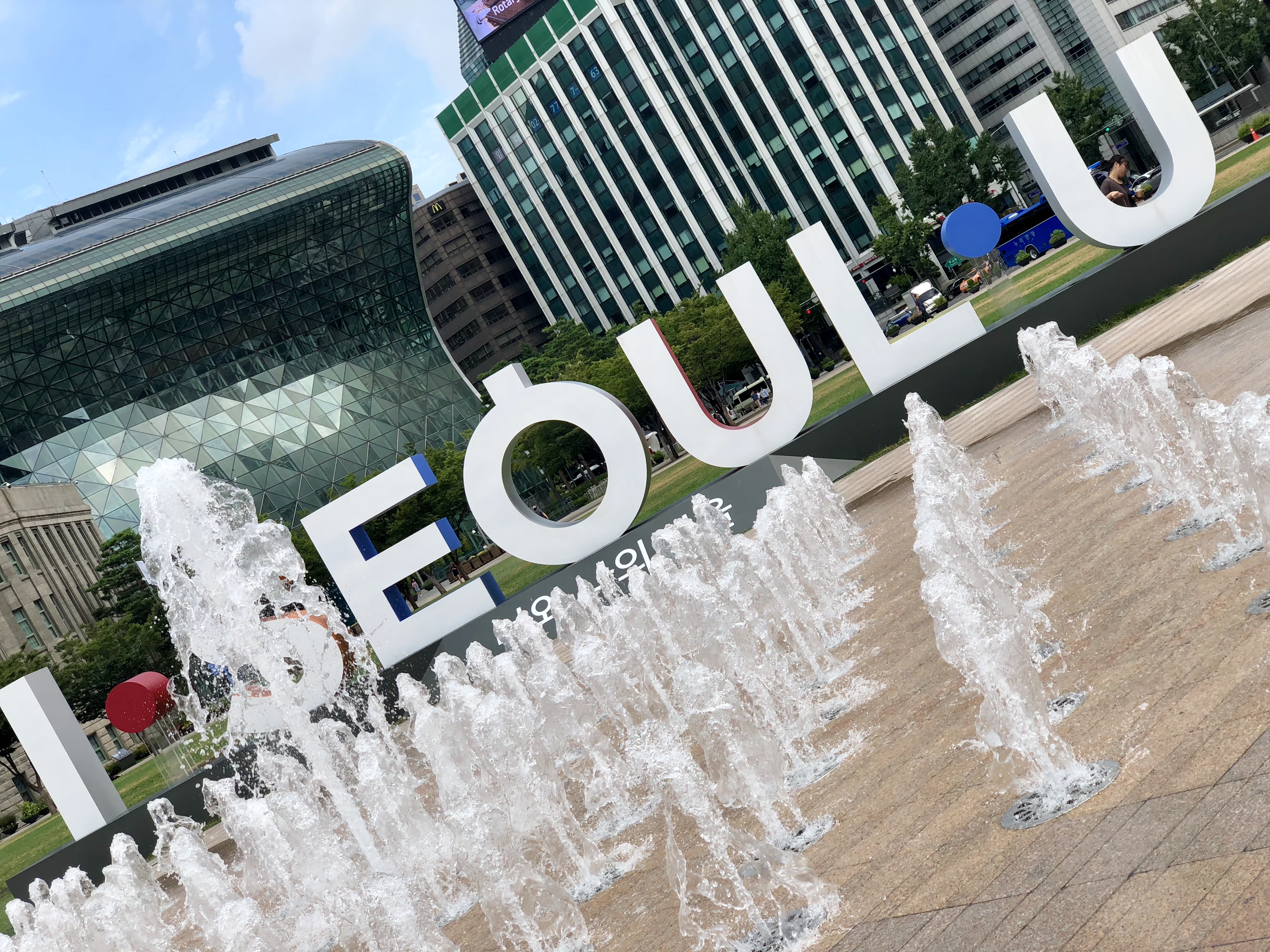 Luckily there was no need for concern. When you reach the international arrivals terminal you realize that Seoul Airport is state of the art and very English friendly. Even though I had already done my research, I decided to write a little piece about my experience landing in Seoul at Terminal 1. As soon as you de-plane, connect your cell phone to the free airport WiFi. I followed the Korean/English signage through customs to exit out to the arrivals at Terminal 1. Get some cash before leaving out of baggage claim as you will need it for your upcoming train tickets. On exiting there was an information desk located just to the left. Based on my earlier research I had predetermined that taking the railroad train into Seoul was my best value considering where my hotel was located in the Myeongdong area of Seoul. I walked over to the information tourist desk to find out how to locate the railroad train within the airport. The information agent directed me to ride the elevator down to the B1 level and follow the signs for Airport Railroad to get to the All-stop train. 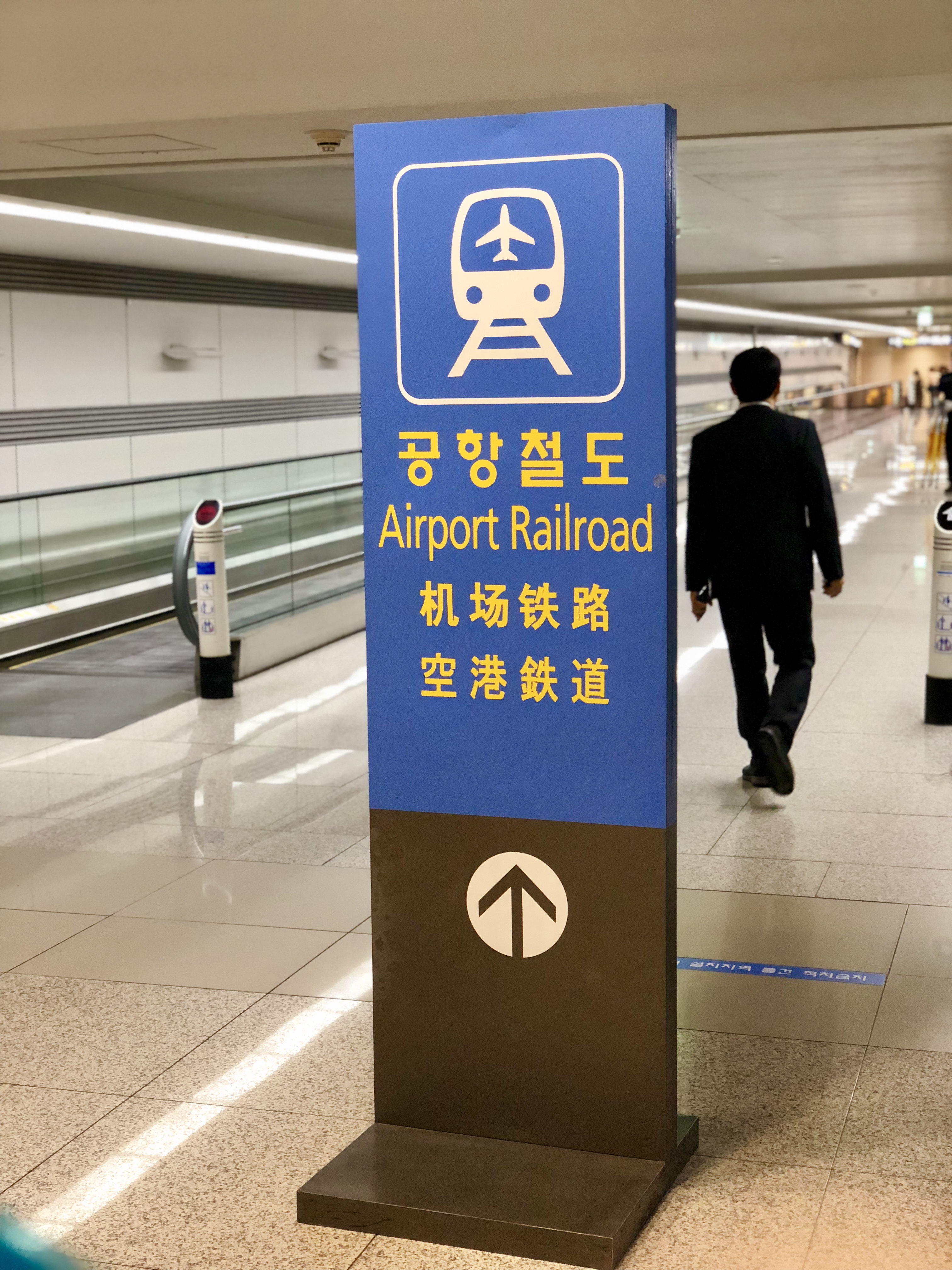 There is plenty of signage and information in English. I happened upon this travel center booth shown below in the center area after coming down the escalator and headed towards it since it displayed “train tickets”. 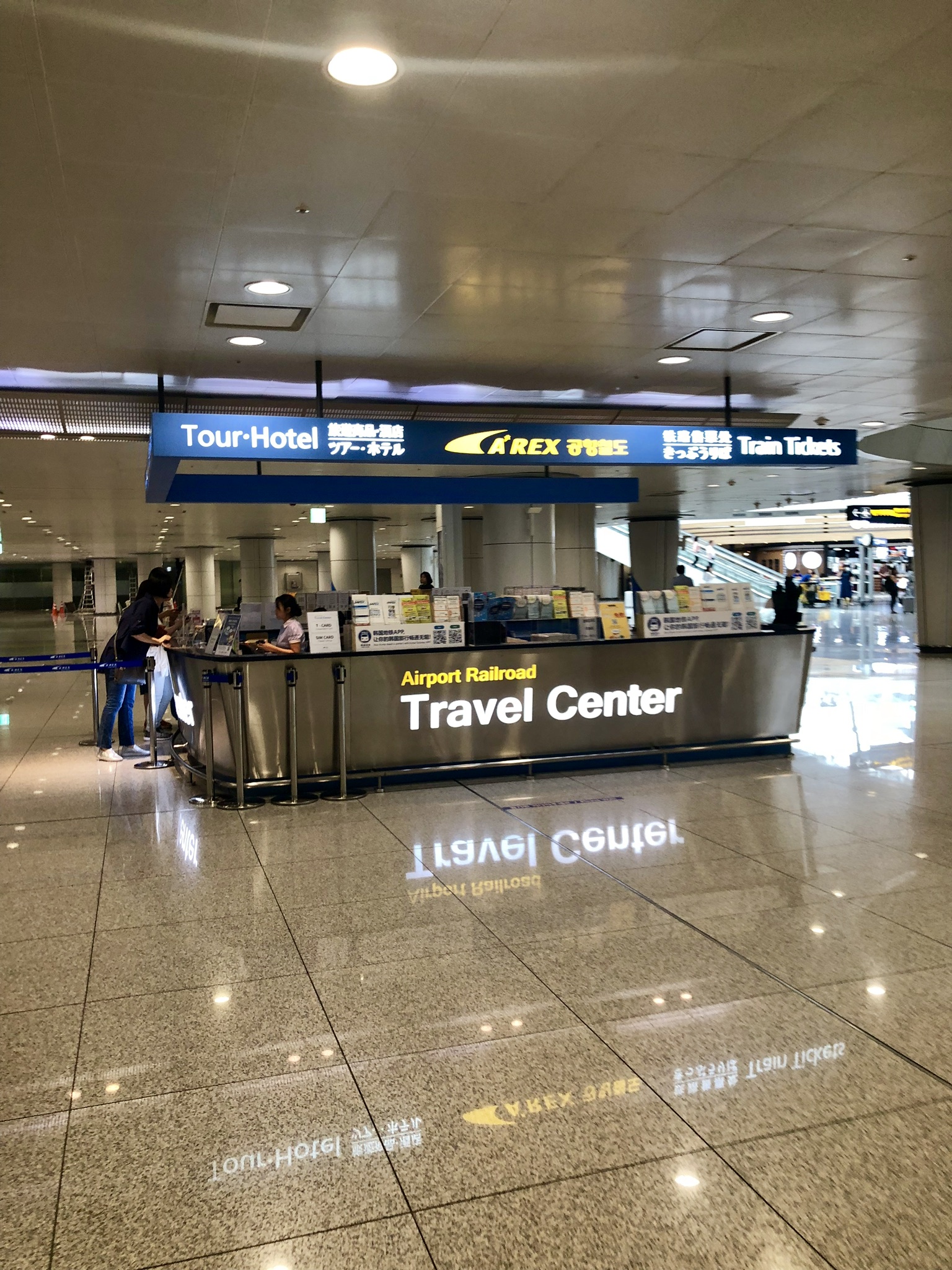 At the booth you can buy what’s called a T-money card. This is a reloadable travel card for use on the railroad train, subway, buses, some taxi’s and at various convenience stores.  The lady at the booth advised me I could buy the physical T-money card at her desk but then had to load the plastic card with cash at vending machines located near the railroad entry point.  She pointed me to where to go to load the card. Again there were ample directions everywhere in English. Hmm, an airport cinema? 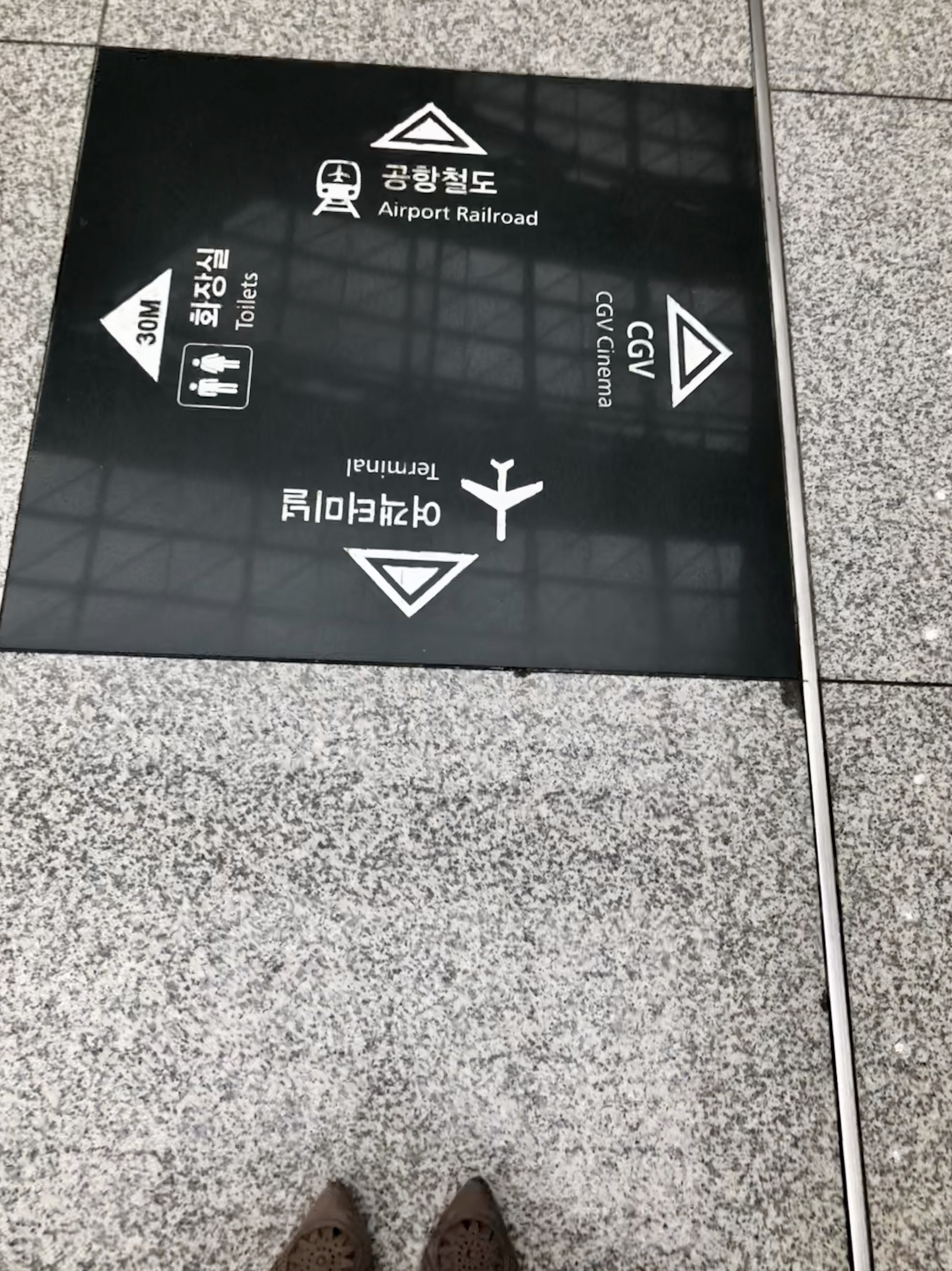 For the record, there are actually two trains into the city center. There is an express train and what’s called the “All-stop train”. Both trains travel the exact same route. The difference is 10 minutes of travel time and roughly $5.00? Since I wasn’t in a hurry I decided to take the All-stop train. I purchased the T-money card at the travel desk for 4 Korean won cash and then followed the signage to the vending machines where I could load actual money onto the travel card. There was also a live person available there who spoke English to assist if any traveler needed. (I believe you can purchase the express train tickets with a credit card). 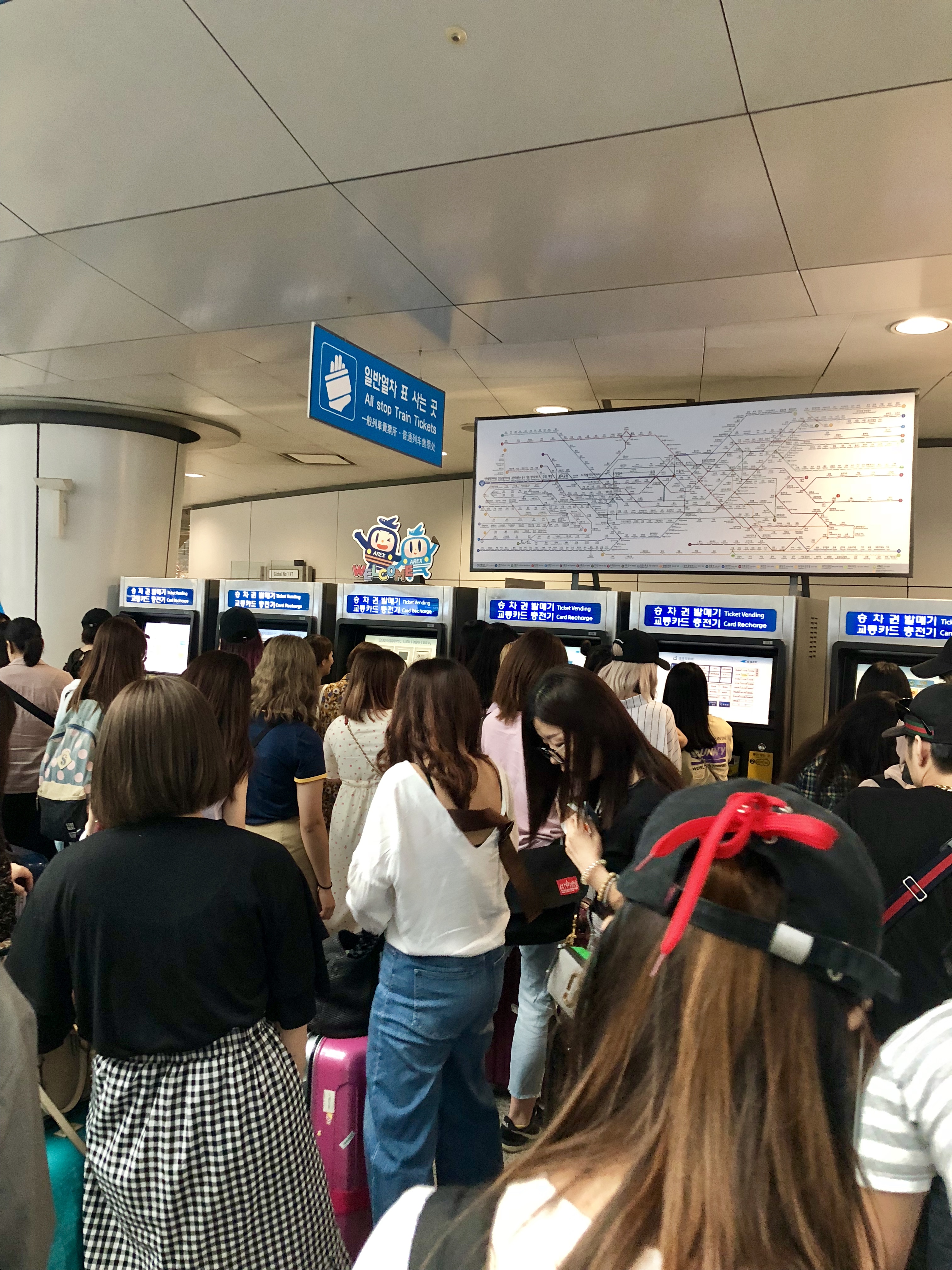 Kiosks to buy the T-money card for All-stop train

Clearly you can also get the cards from the vending machines instead of from the travel desk I had previously stopped at. The machines have instructions in four languages including English so you will not have translation issues. 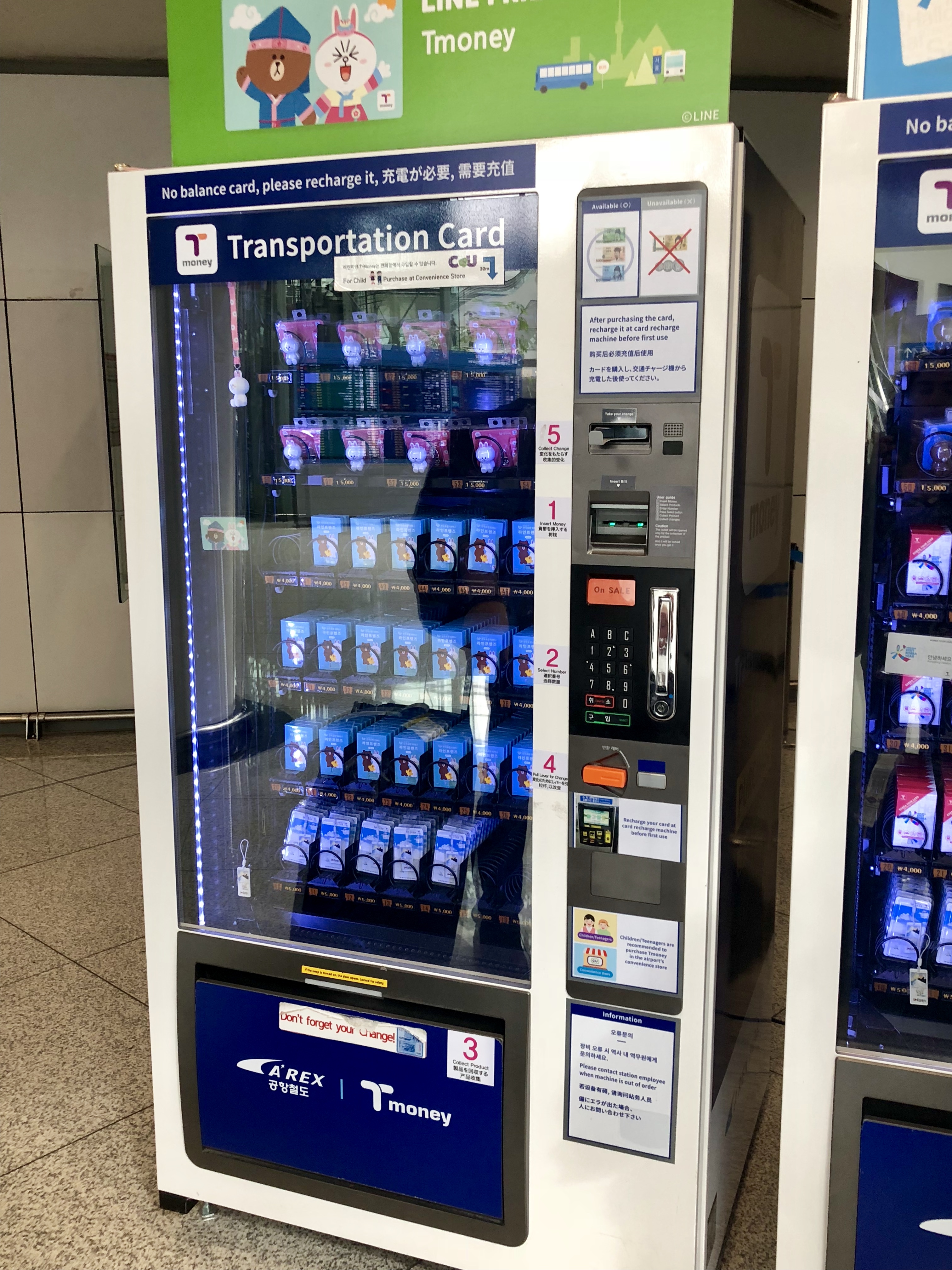 Kiosks to buy the T-money card

Follow the simple instructions but remember that for the All-stop train you will need cash to load the card. Luckily as mentioned I had changed $40 before exiting baggage claim so I could easily load the card with Korean won. I usually use ATM’s for foreign currency instead of using money exchanges, but I didn’t see an ATM when before exiting customs. I just changed $40 to Korean won and then figured I would get more cash later at an ATM in the city center. Depending on how much you are going to use public transportation, calculate the fare of 4,150 for the All-stop train from the airport and then add at least 1,300 won per subway fare each way (based on distance). The bus is 1,250 won. Remember, you can always add more at a convenience store or in the subway at machines. I put 10,000 won on to start. On departure you can use machines to get a refund for any funds not used under 20,000 won. 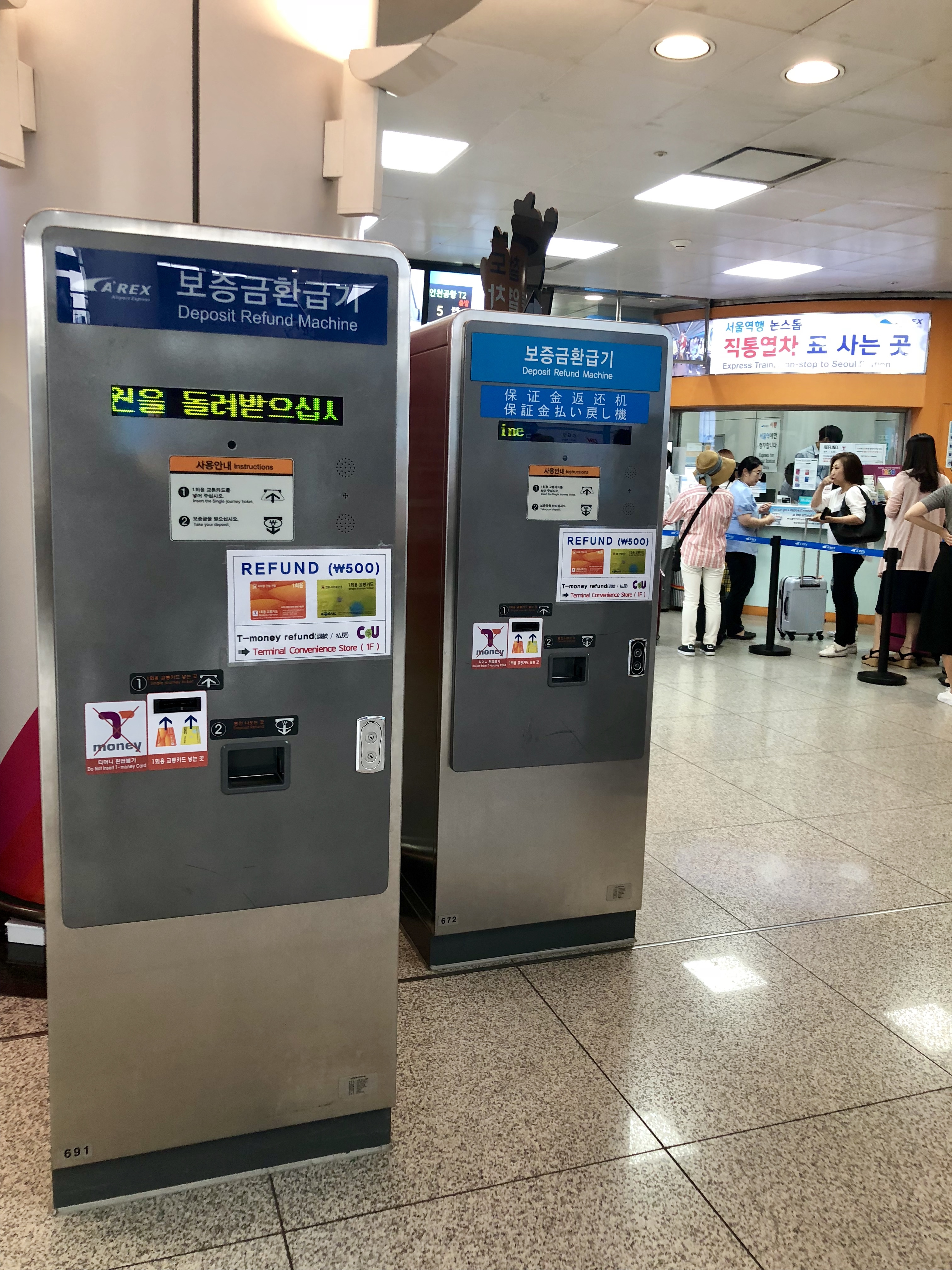 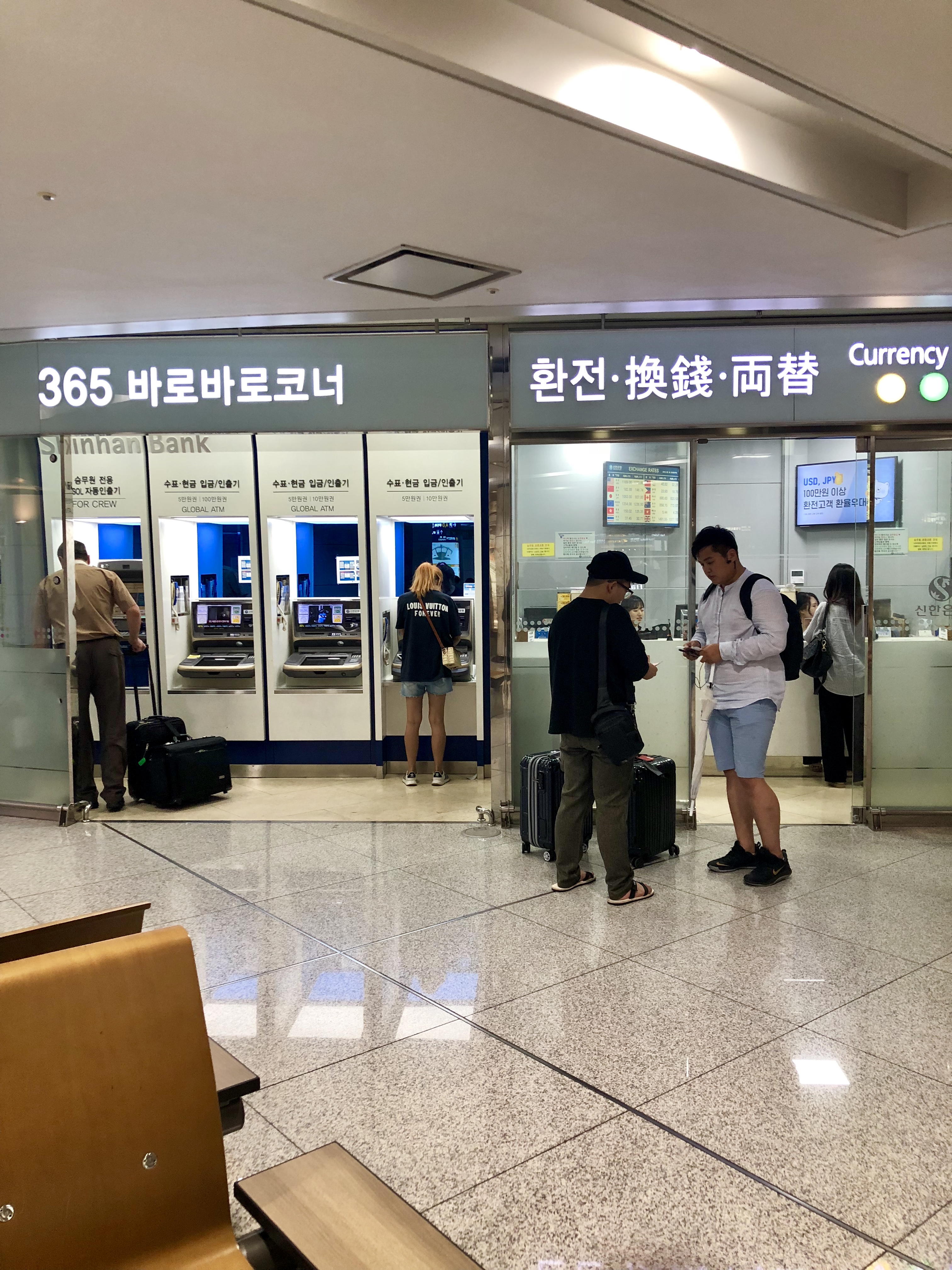 Swipe your card before the turnstile to enter. 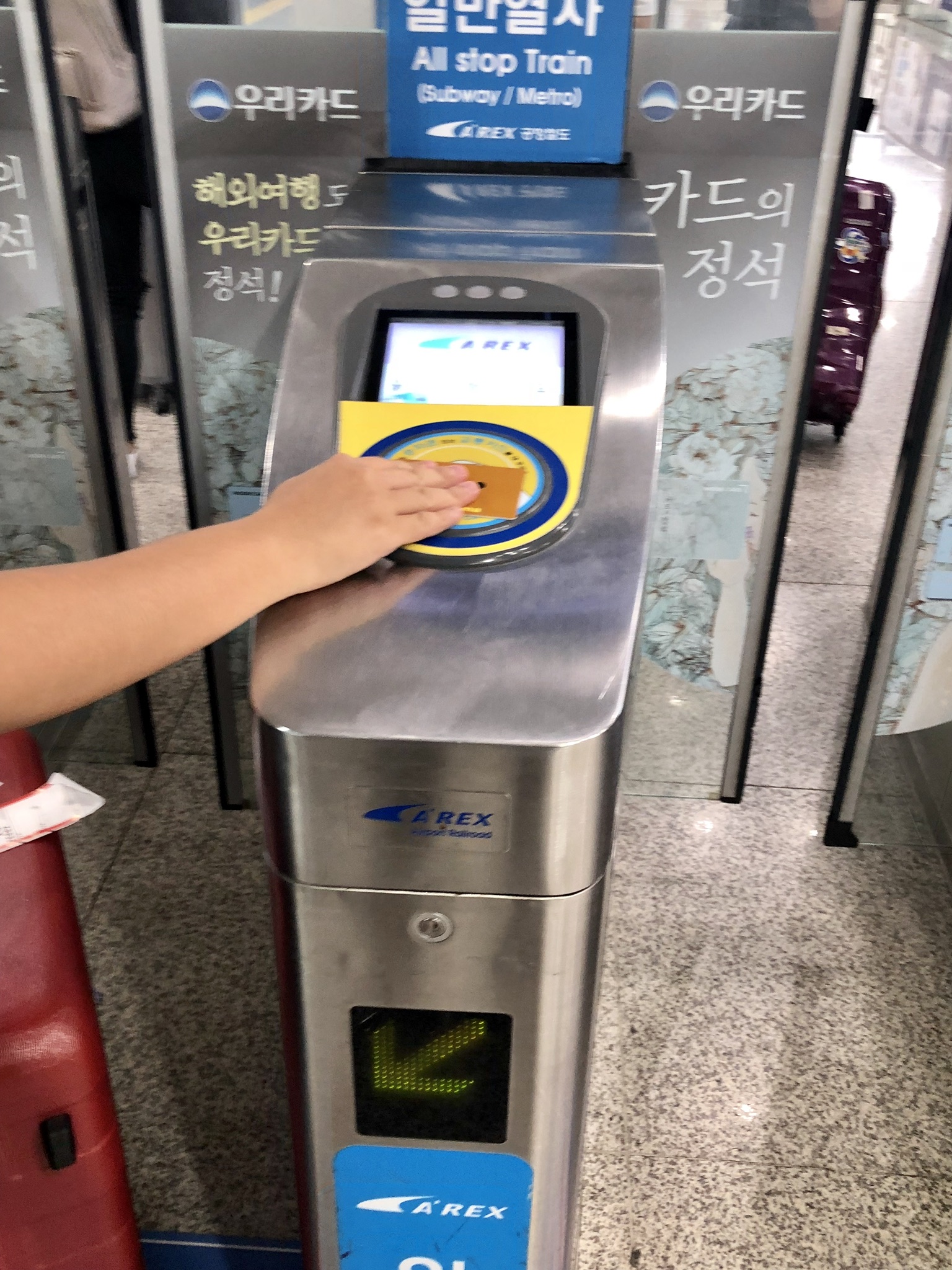 Follow the signs and take the escalator down to board the train. There is a listing of how often the trains depart. 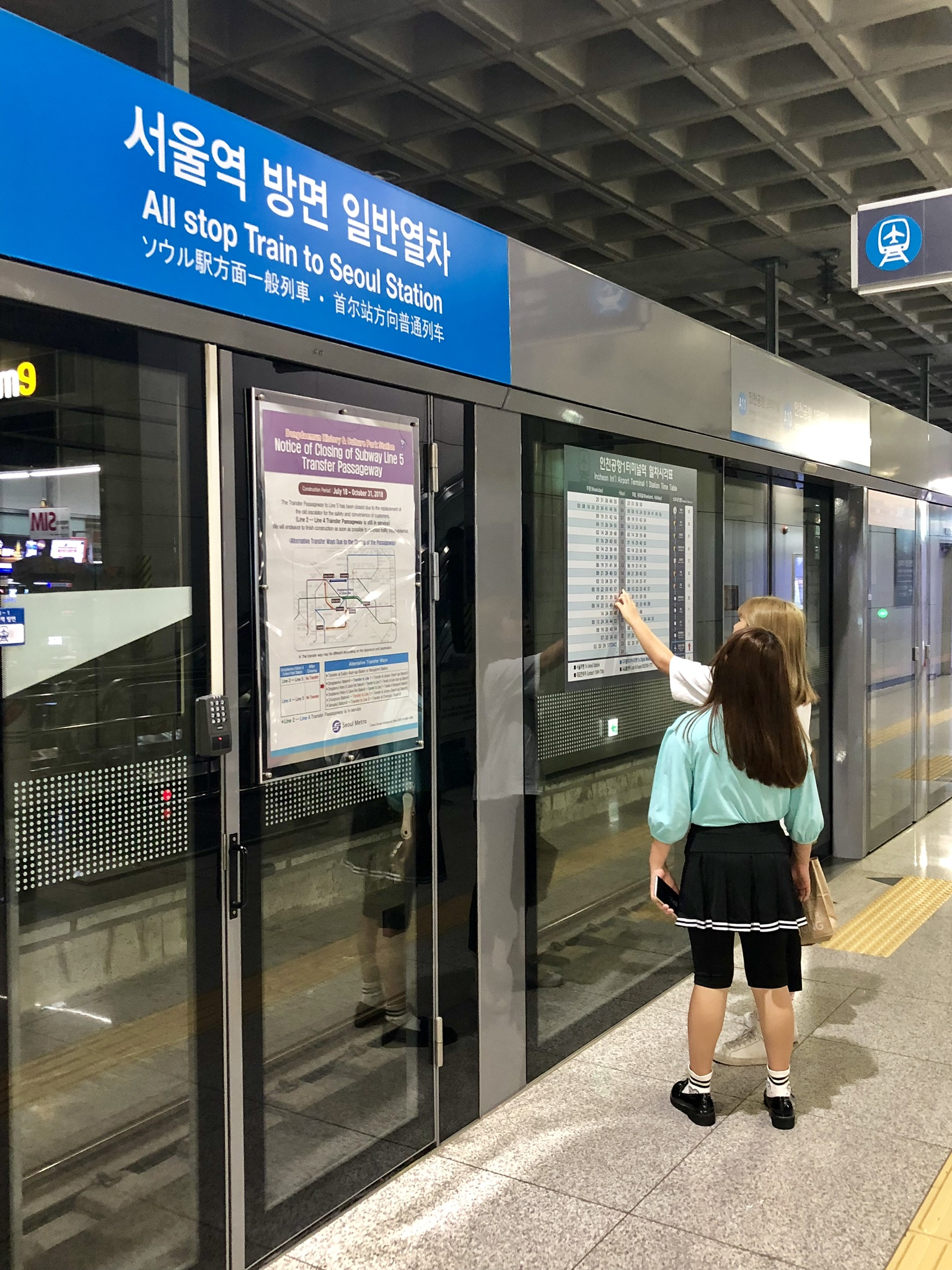 On the All-stop train there are clear indicators of which stop the train is pulling into and how many stops are left until the end of the line, Seoul station. 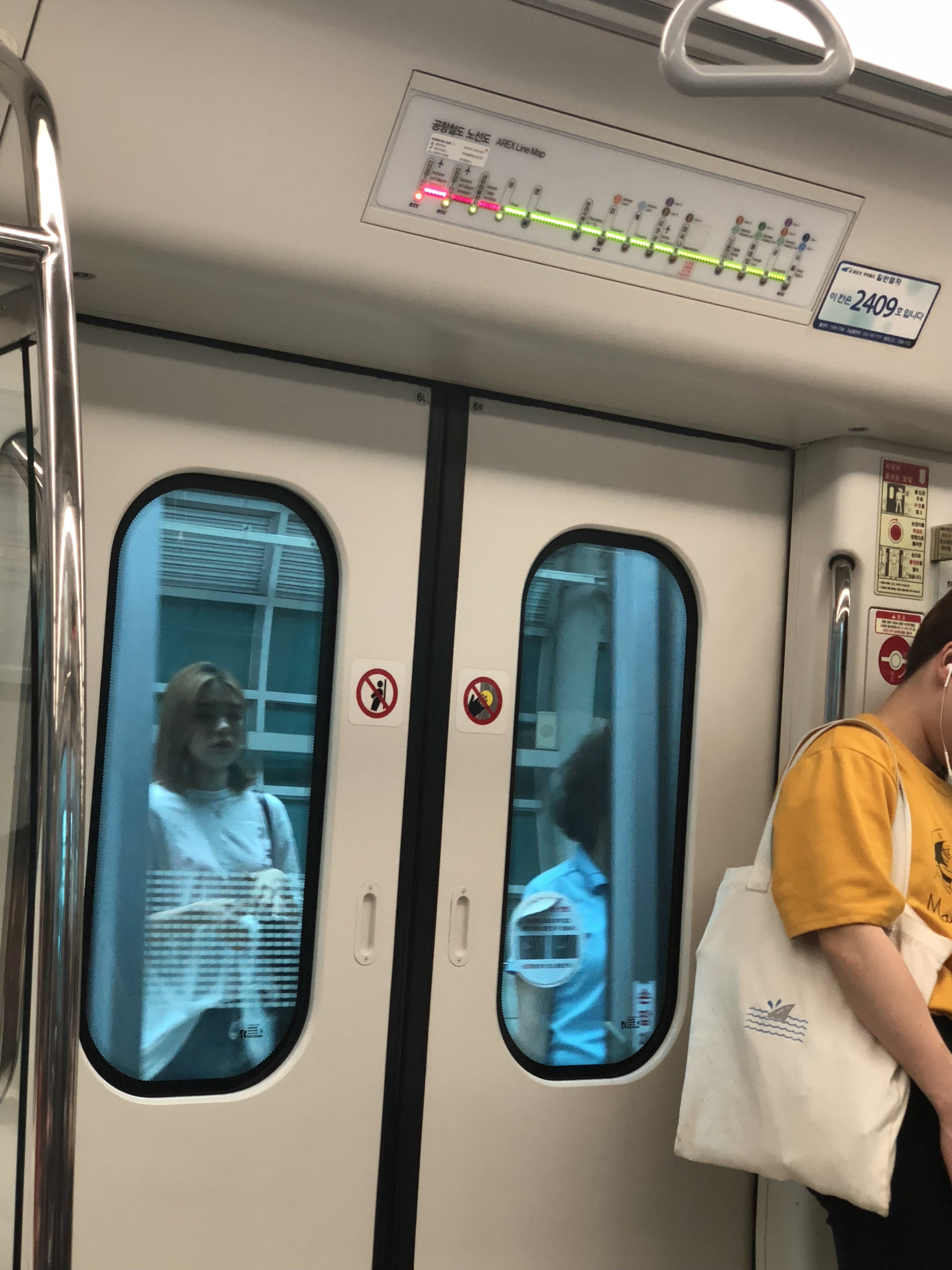 The oral announcements are done in several languages including English. As well the announcements advise which side the doors will be opening onto the platform so you can be prepared. 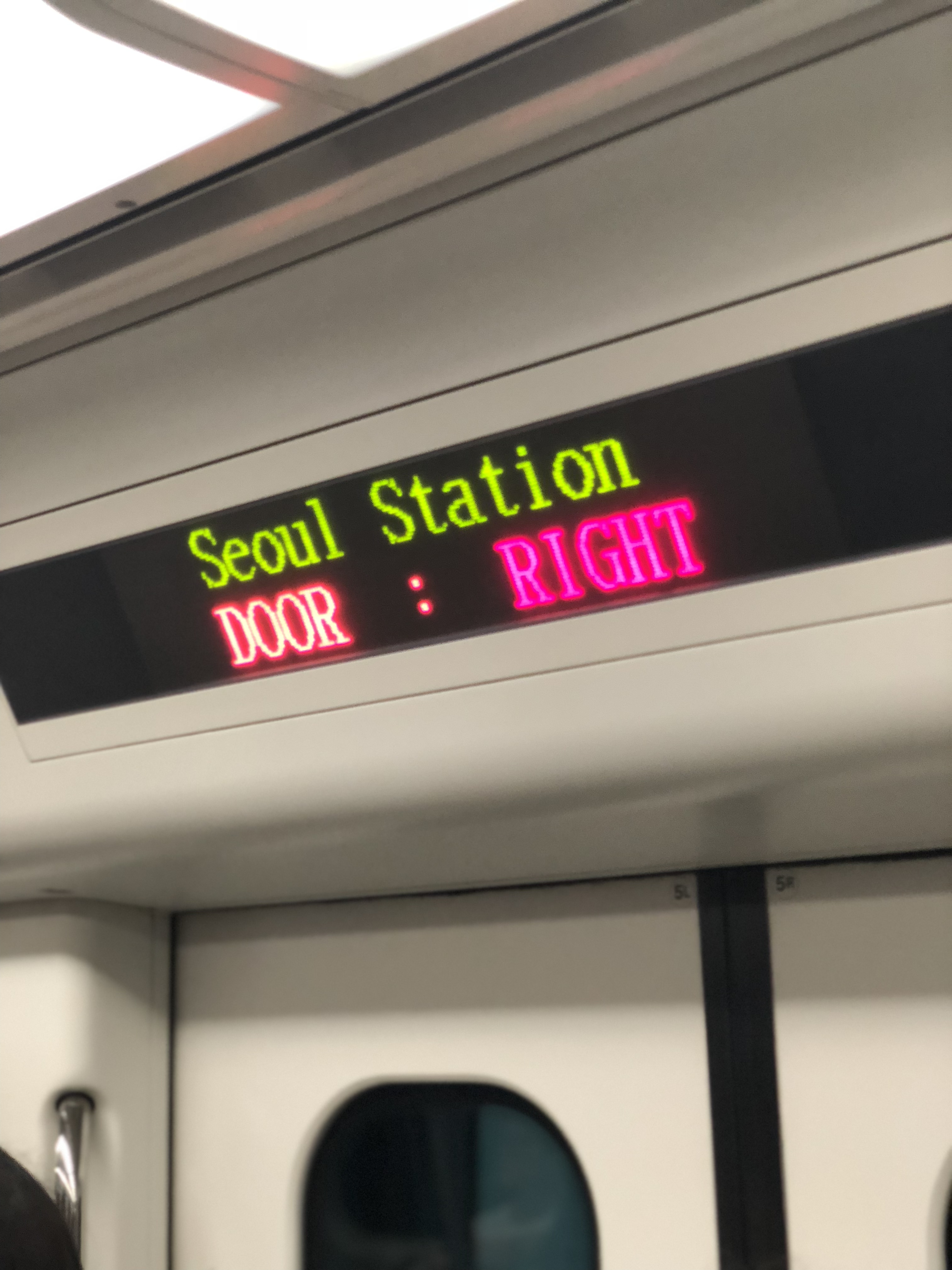 After that it was pretty simple to follow the signage for transfer. In my case it was only one further stop to get to the City Hall station. 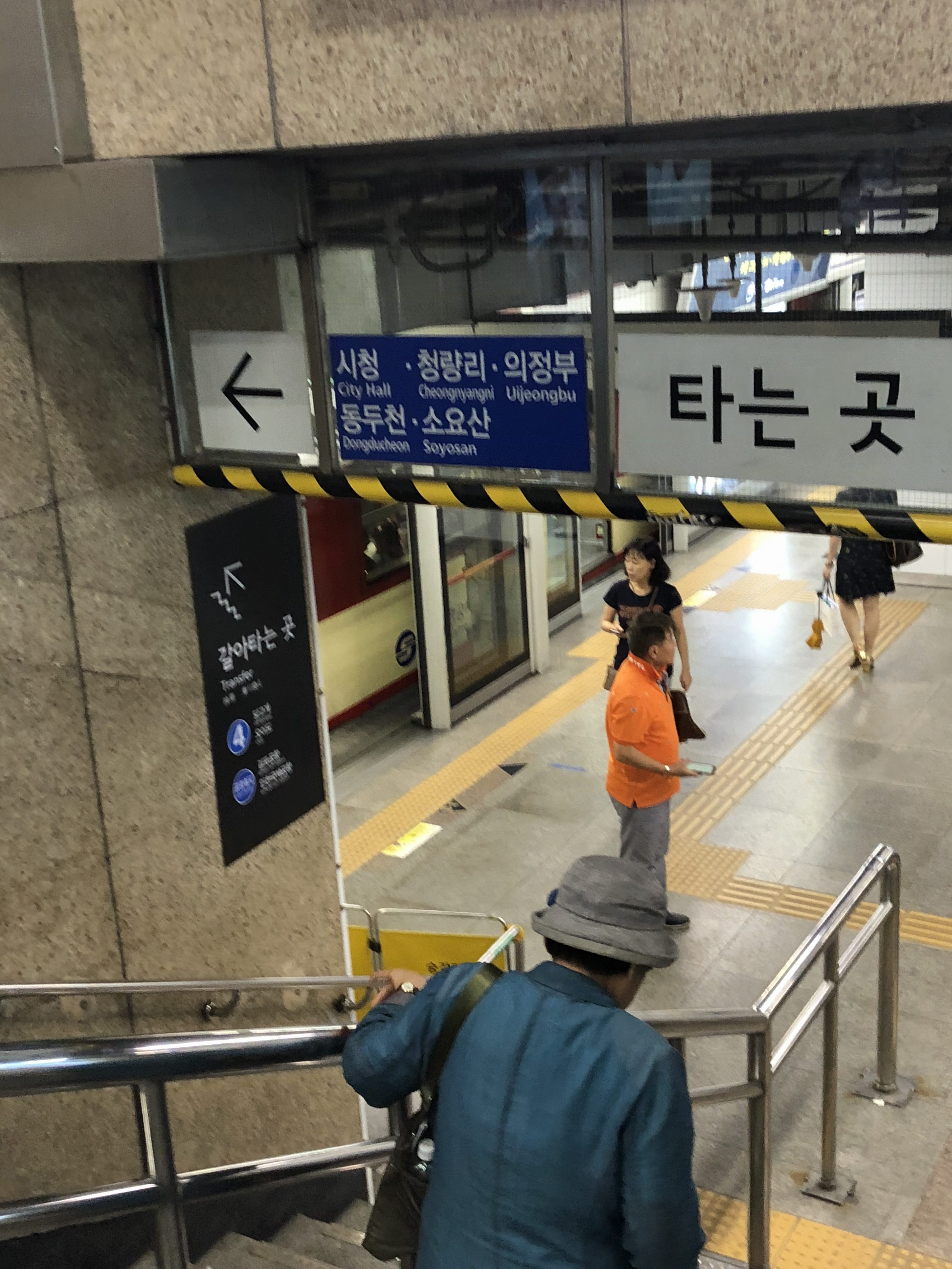 While walking through the subway halls, it was interesting to note one difference from the United States.  They had these luggage ramps (no one used) but novel nonetheless. I noted that the Seoul station was pretty traveler friendly overall. 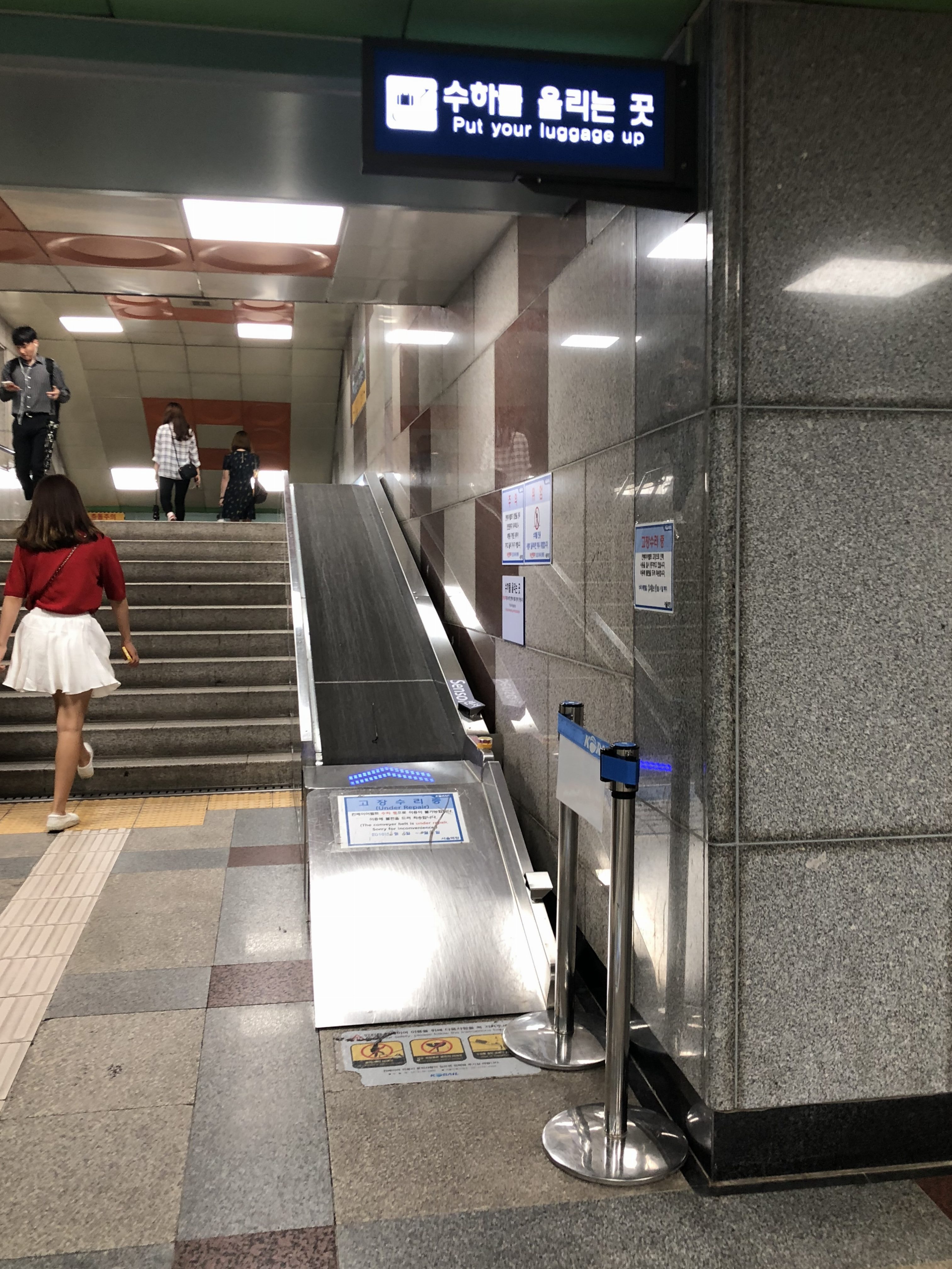 Transferring to the subway I noted the subway cars were also very clean and in fact similar to the metro cars we have in Washington DC. For the record, time-wise, the ride was a pretty straight shot entering the subway at 4:22 pm and arriving to Seoul station at 5:22 pm. And on the return to the airport it took exactly one hour from stop to arrival. 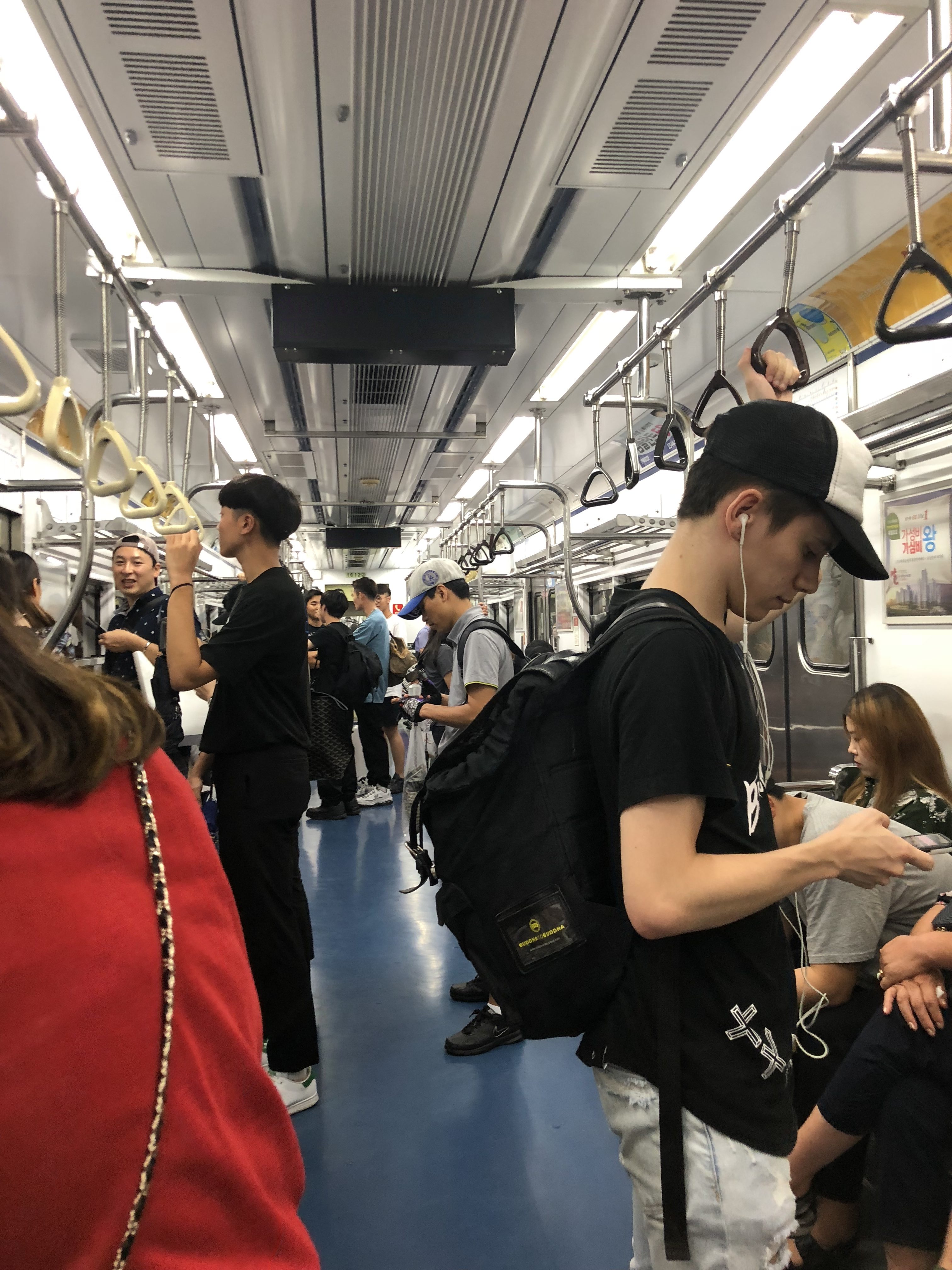 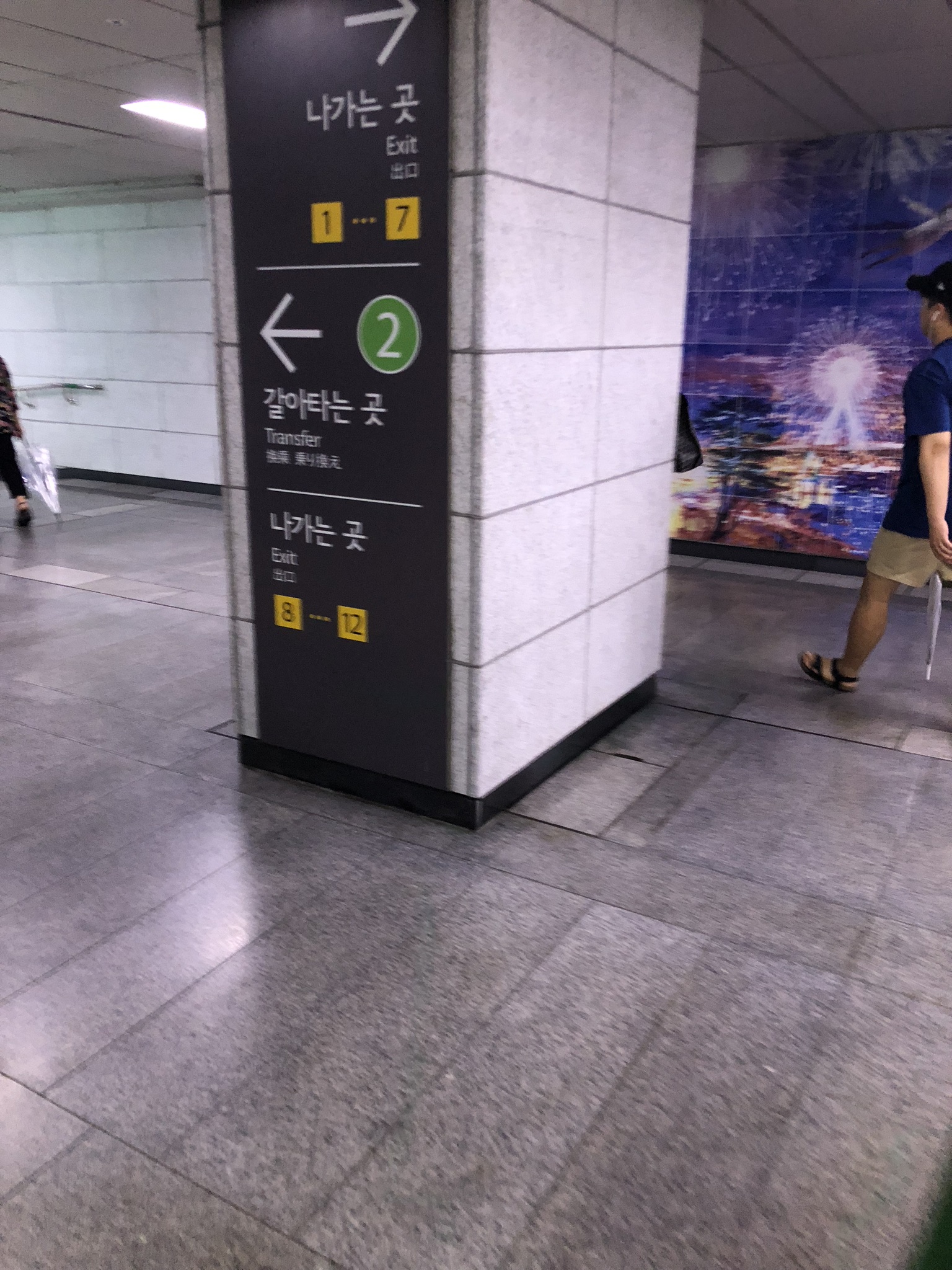 And with that fairly simple transfer I arrived into Seoul city via very efficient public transfer on the All-stop train and started exploring! 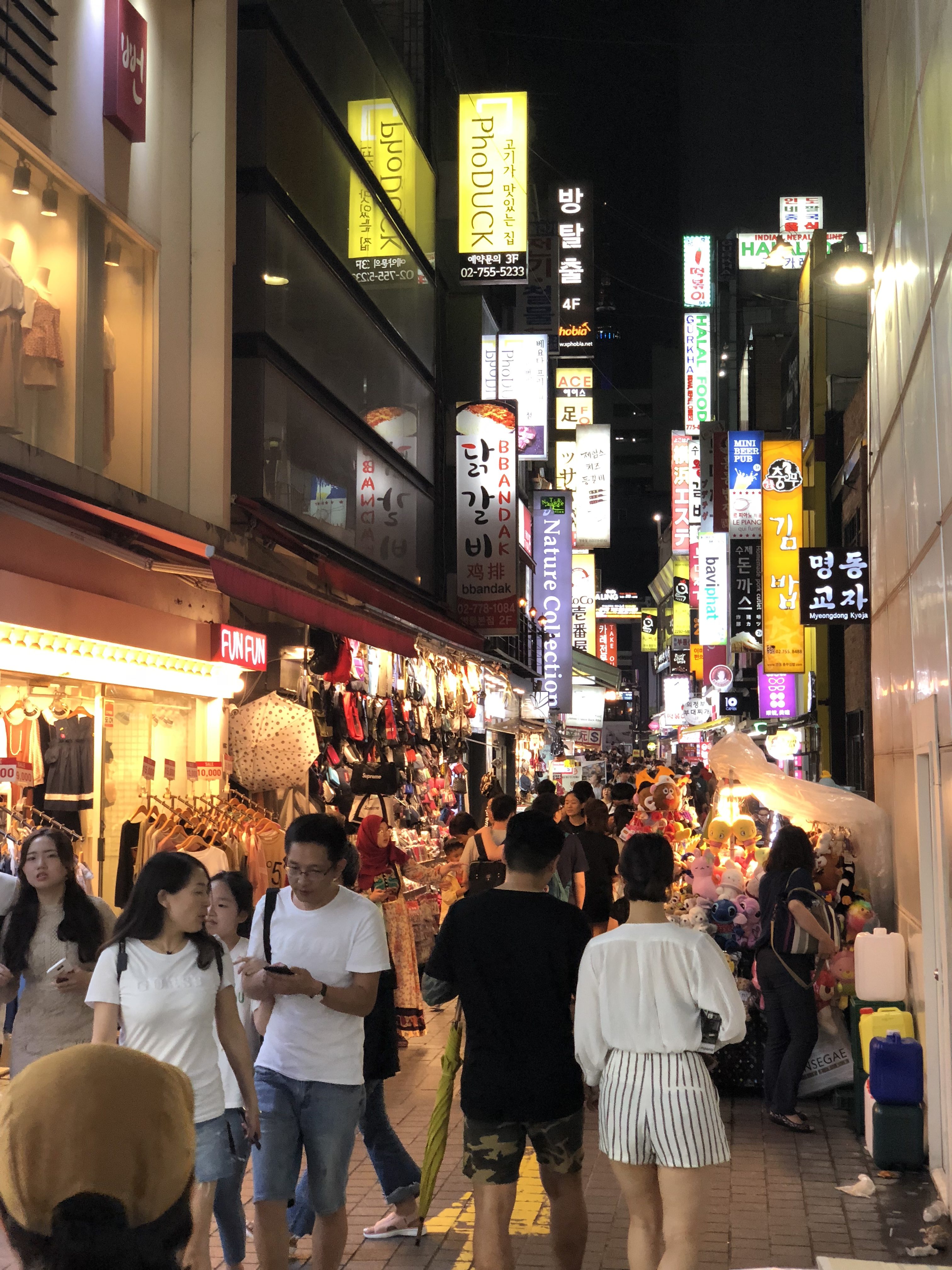