That time I had my own Fado moment in Lisbon ….

All the recommendations by friends of things you shouldn’t miss in Lisbon kept mentioning Fado. 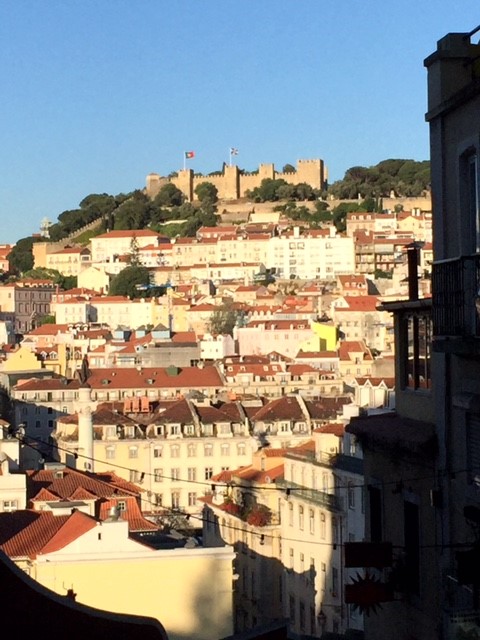 Ironically, I still have a hard time describing Fado properly when asked, so a literal translation follows….

“Fado is a form of music characterized by mournful tunes and lyrics, often about the life of the poor, and infused with a sentiment of resignation, fatefulness and melancholia”.

In the evenings, the Alfama neighborhood of Lisbon up on the hill, is the area known for bars and restaurants that showcase this particular Portuguese music form. 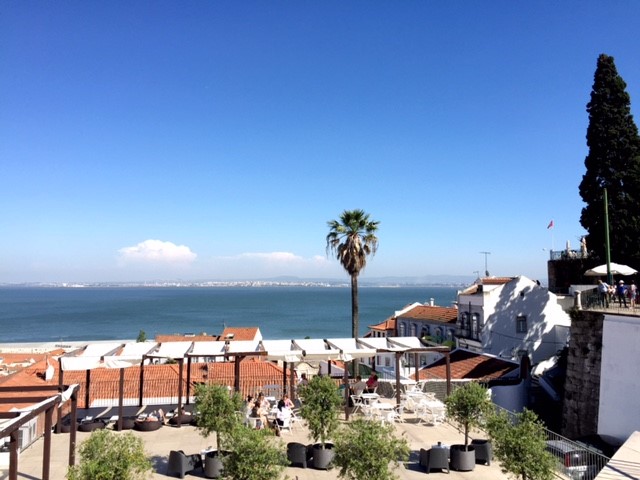 Even if you don’t get to see a Fado performance, the Alfama neighborhood is a great area to explore and visit several notable tourist sights. Take the cable car up the hill to avoid being overly tired and get off near the peak. 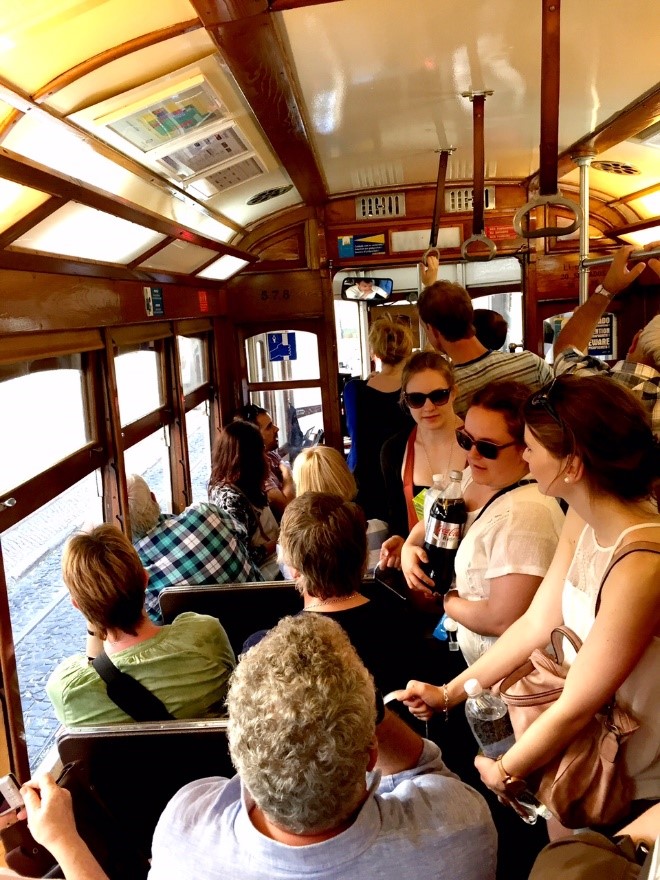 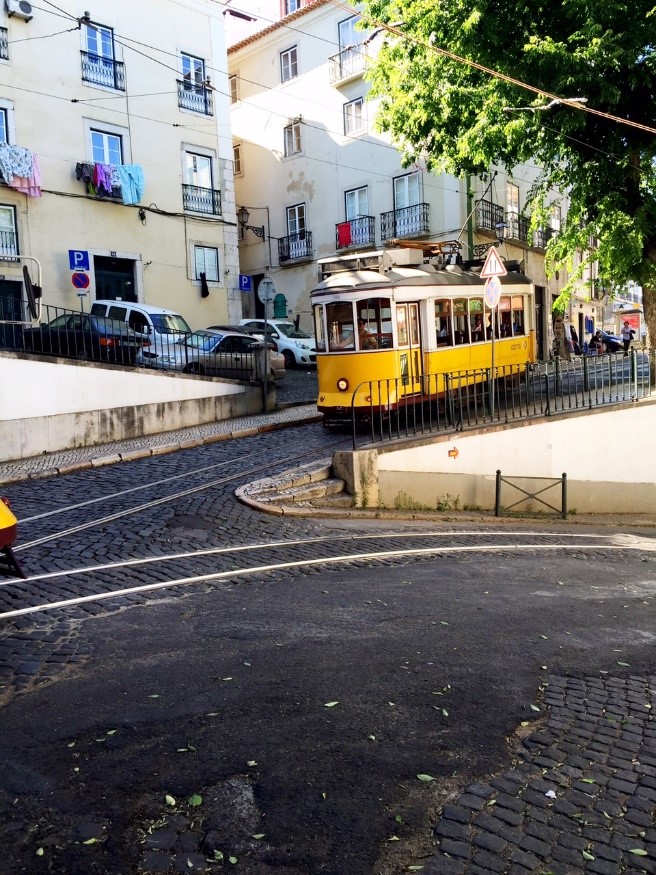 Exploring neighborhoods is always WAY more fun by getting off the main tourist sights and just wandering. 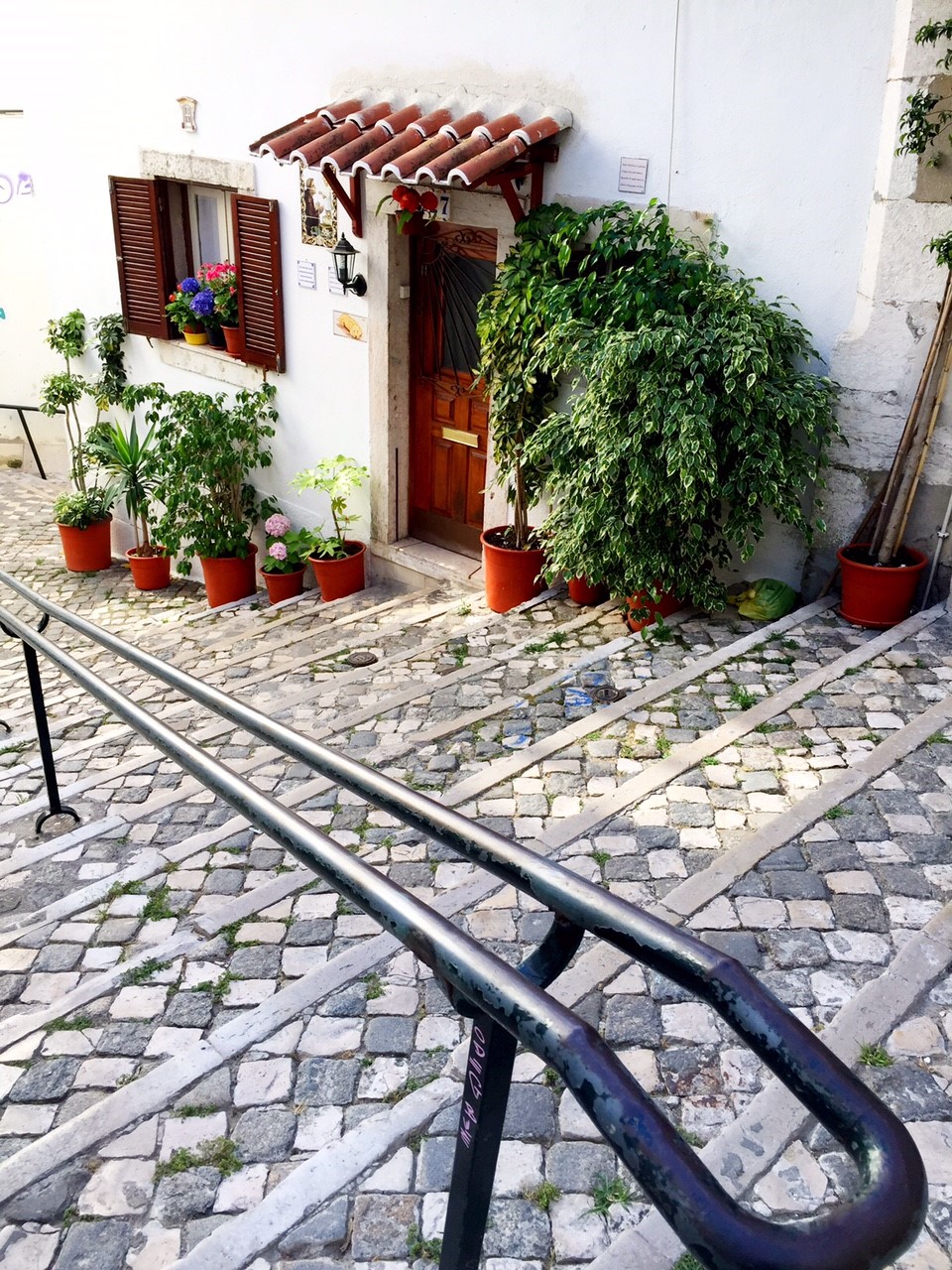 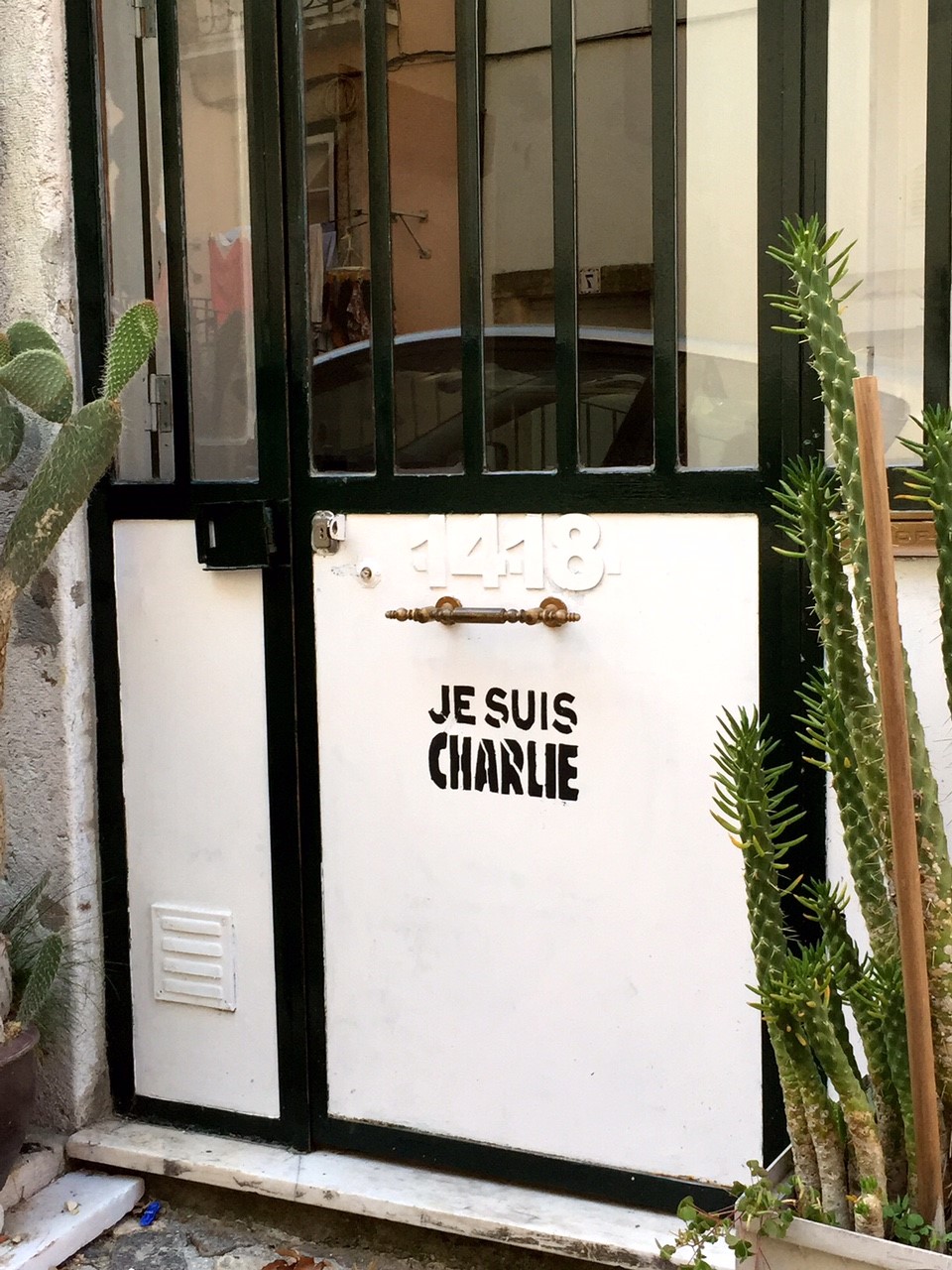 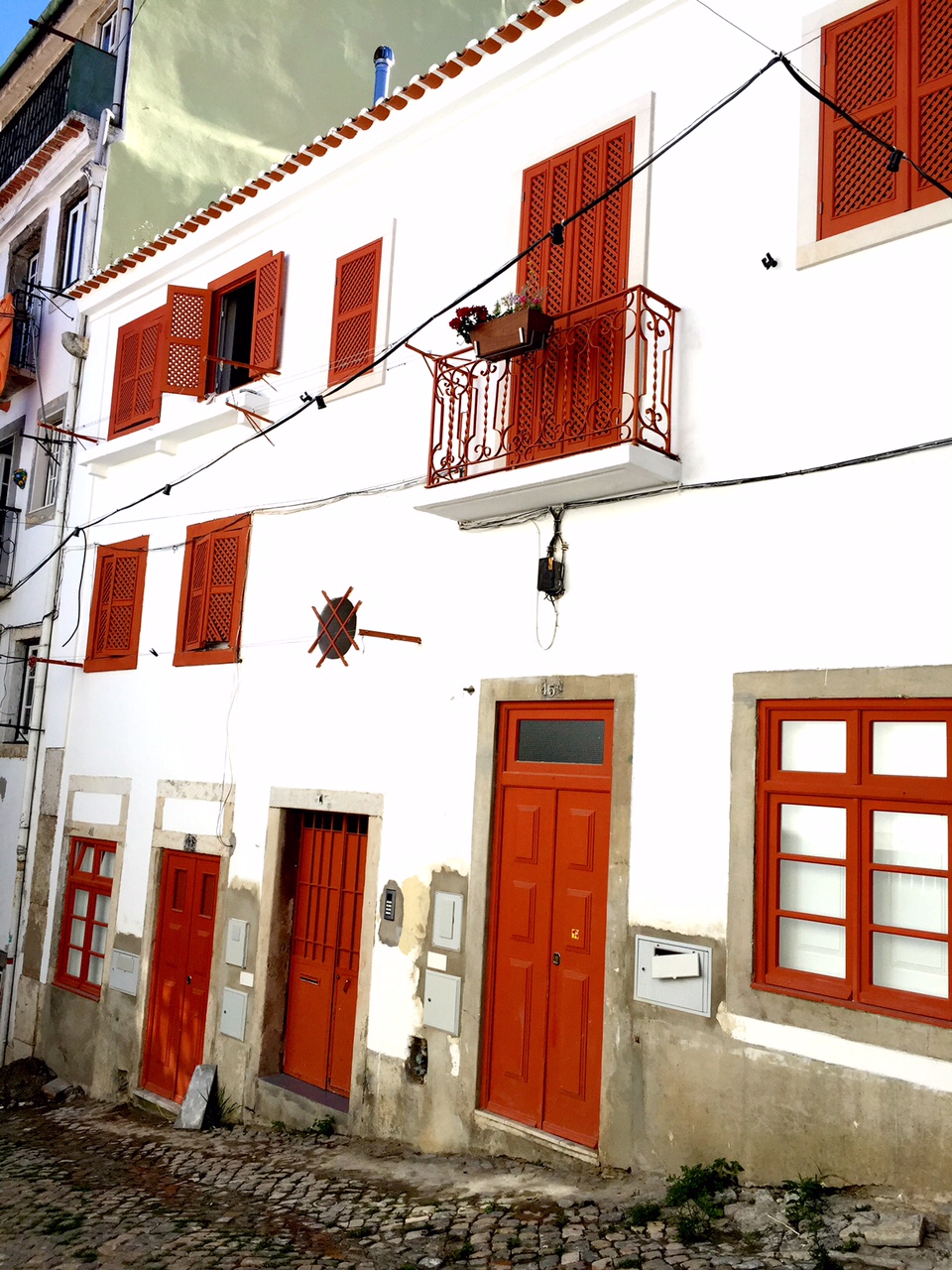 Here, pass through hilly narrow cobblestoned lanes which twist and turn every which way. 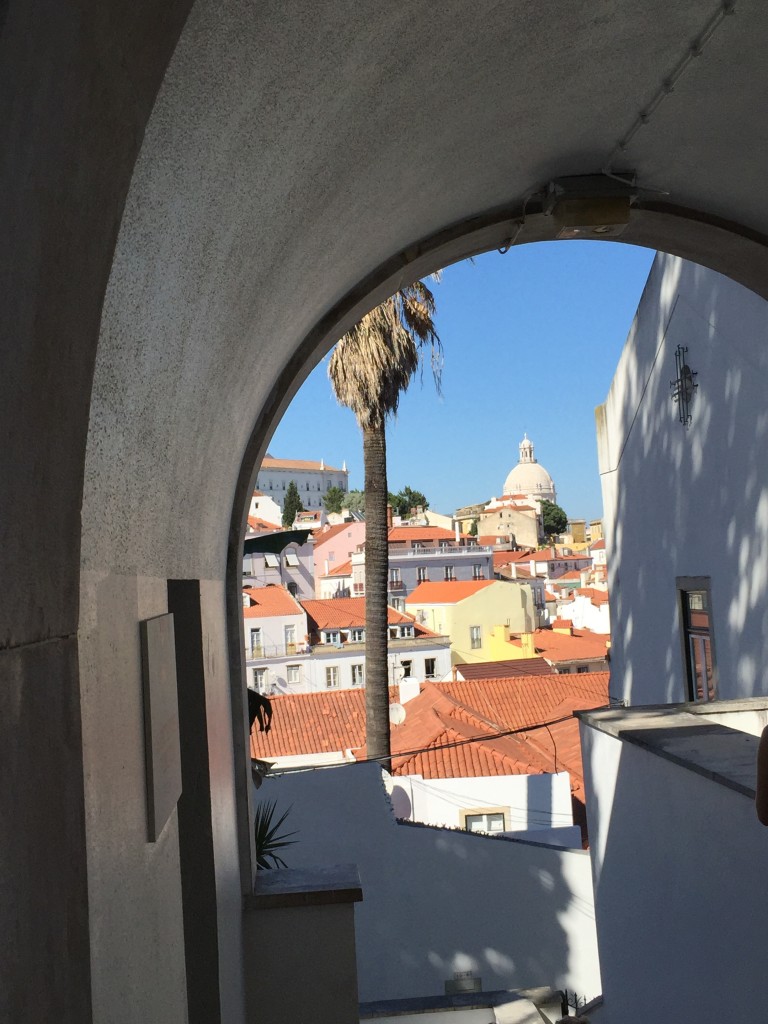 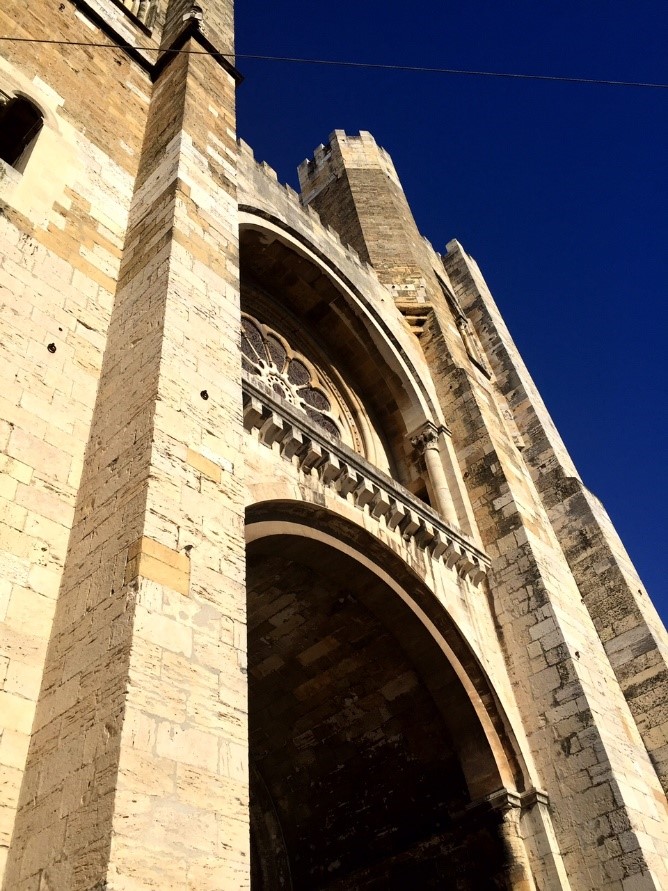 Peeking into lantern-lit Fado bars was interesting but it was late afternoon and the bars were fairly empty. I knew I was simply too tired to stay until the evening Fado performances as I had literally been out walking Lisbon all day.As I wandered in and about, it soon became clear that the entire area was setting up for a festival that would occur the next evening so I strolled around observing and photographing the preparations. Brightly colored ribbons were being stung on the electric lines, and stages were being set up. 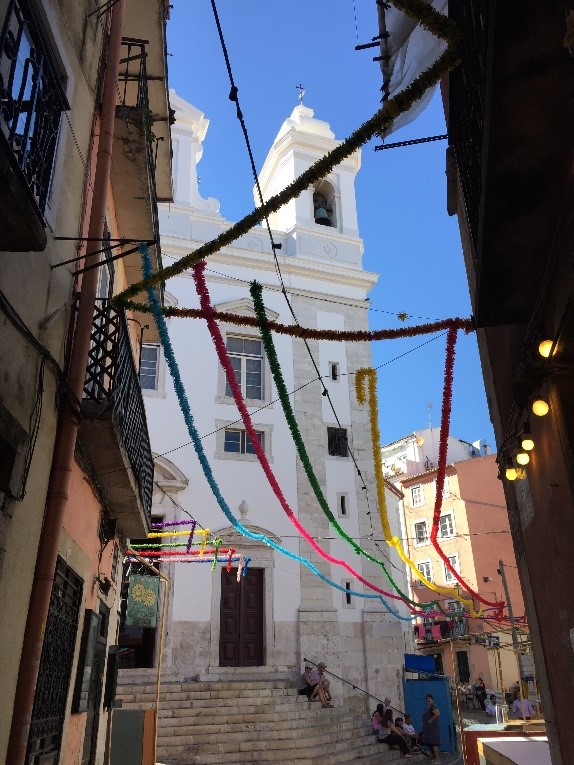 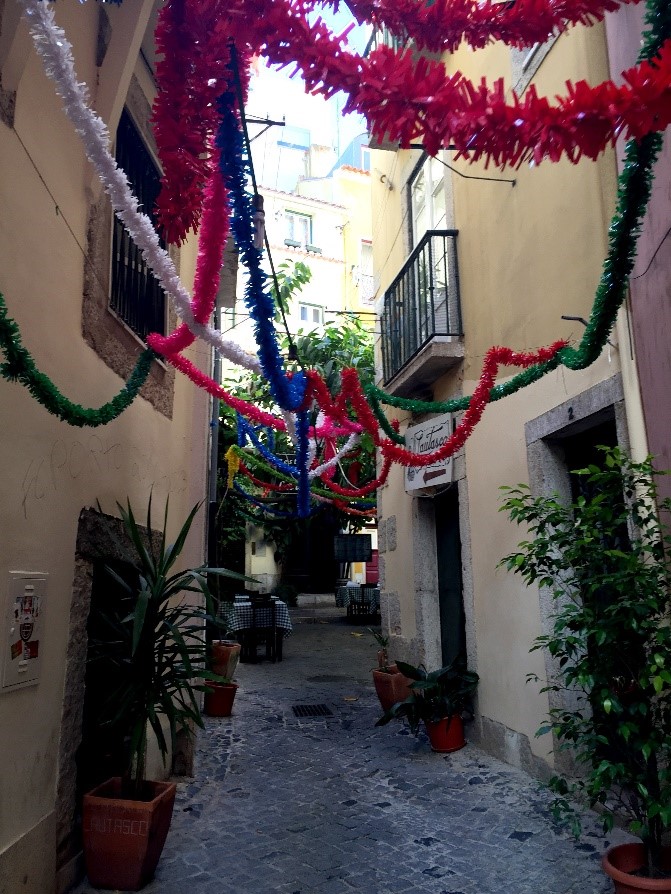 Just before heading back to the hotel, I took a turn down a narrow cobblestoned lane and came across five women of varying ages. Four were seated on their respective doorway stoops and one stood in the middle of the lane holding the handle of a roller board suitcase about to head off somewhere.

The woman with the suitcase turned to the other women holding her hand to her breast in a dramatic gesture and with abandon, broke into singing a mournful Portuguese tune. Her friends answered her back in kind and the tune flowed back and forth between all of them for no more than a minute.

It was so beautiful and unexpected, I knew I had seen something special that no staged Fado performance could render.

I left smiling and feeling as though I had experienced my own personal Fado moment.