If tomorrow begins without me….

I will at least have had the best Pork Knuckle sandwich ever!

Finding this spot in Porto was no simple task especially when my phone lost cellular or GPS service! To make matters worse, I left my back up charger clear across town. What does one do? I plodded on, knowing I was close by but now couldn’t even pull up the street name.

Well, no worries. I had the name of the location so I made a quick dip into a hip hotel to see if they knew the spot I was looking for.

The two young gentlemen at the concierge stand brightened up considerably when I gave them the name of the spot. They went so far as to ask me to bring back sandwiches! At that point I definitely knew I was on to something big. I thanked them profusely and gave a quick wave as I left their air-conditioned lobby.

Clutching their rendition of a map, I strode with purpose up the steep hill towards my destination as a vintage cable car rumbled past me. 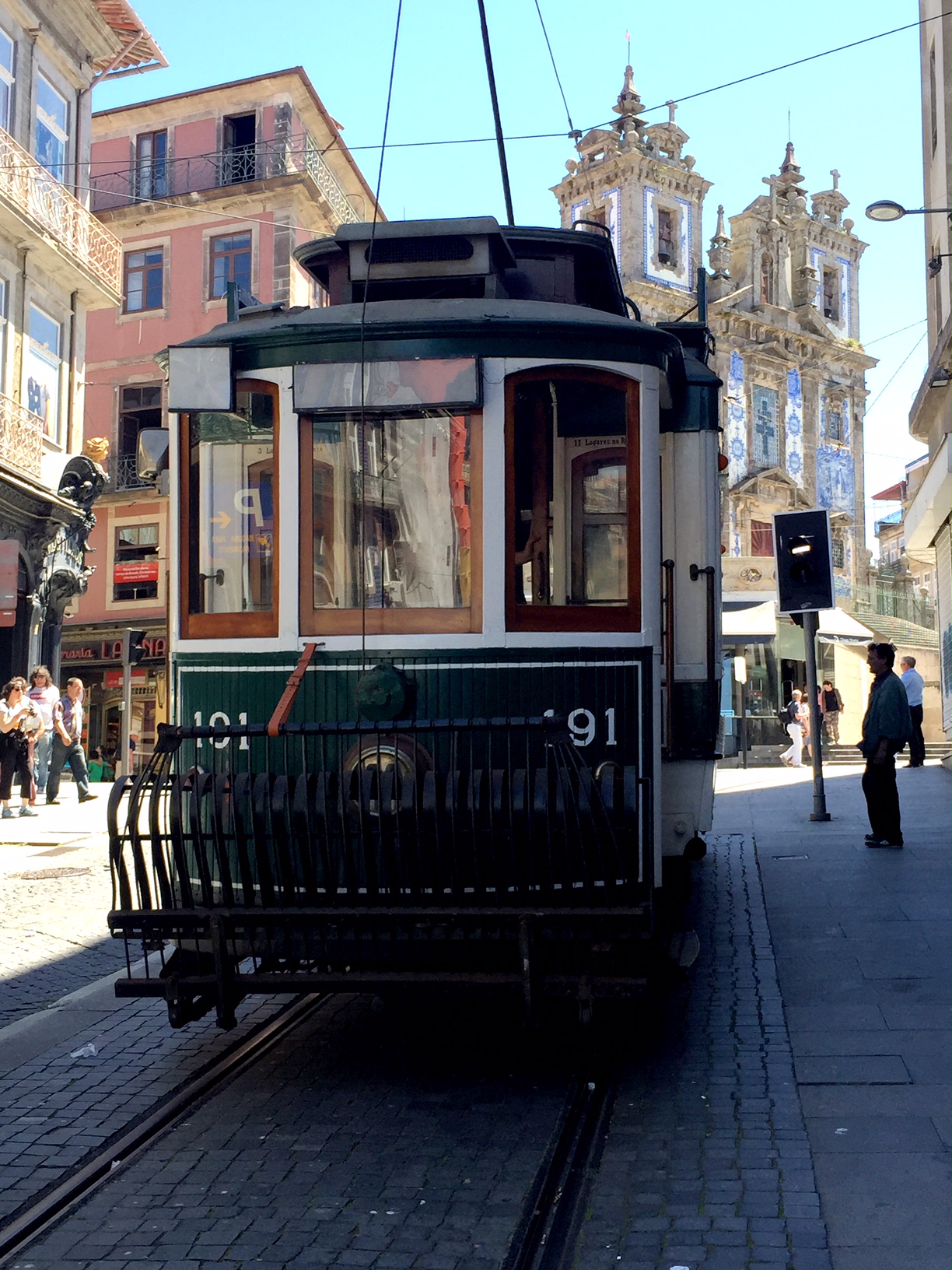 A beautifully decorative church graced the square. I had been instructed to take a left turn and follow the street immediately behind it. 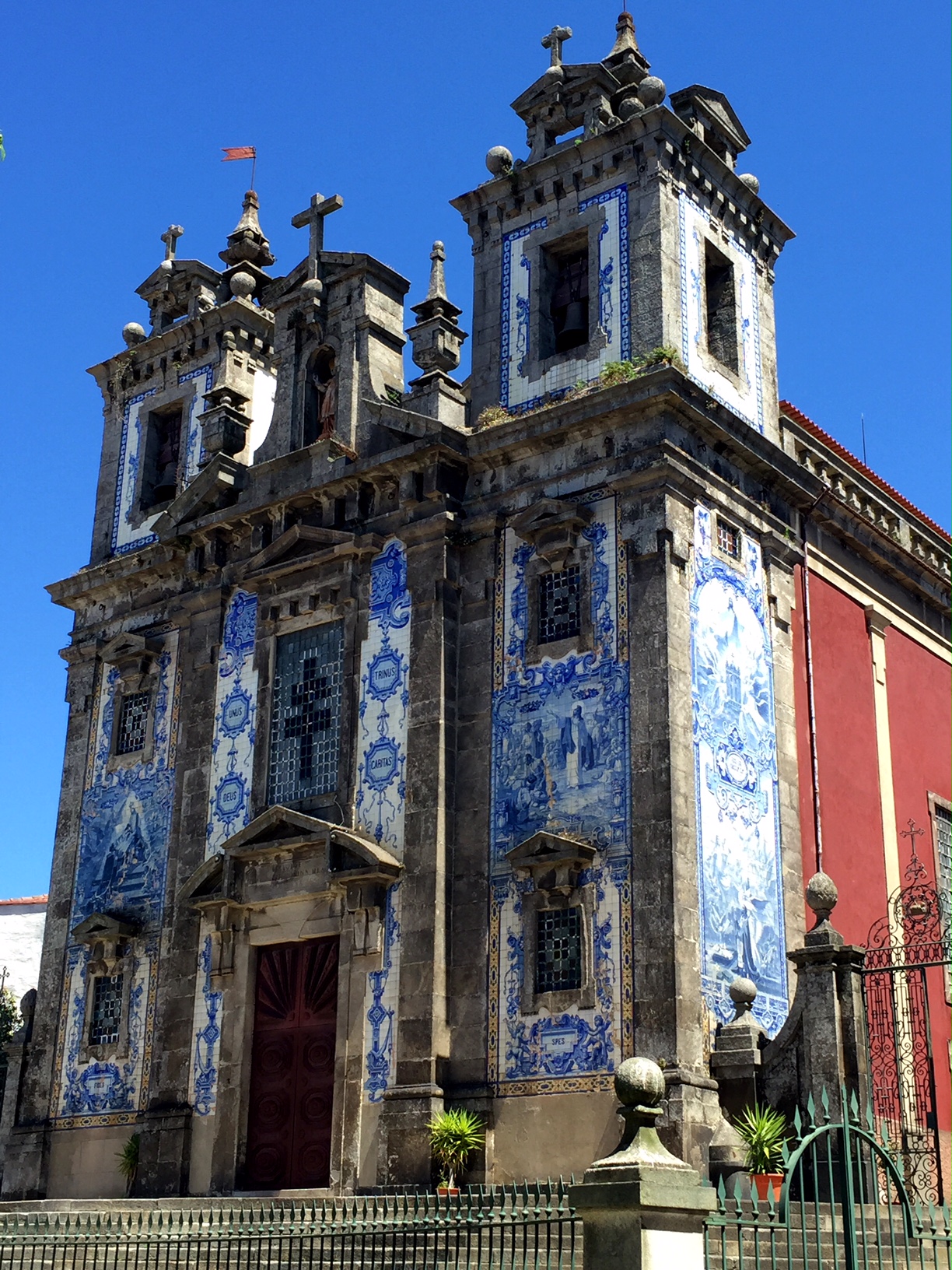 After not much success in finding the street I sought, I had to dip into another hotel where I learned that I was less than 50 feet from my date with a sandwich. Pushing past some questionable storefronts, I finally arrived. The searing aroma was my confirmation.

It was a bit early for the lunch crowd, but I was most certainly hungry to try their reputable pork sandwiches. The restaurant’s ambience while not trendy in design, was raw and energetic. One man stood methodically slicing off pieces of pork for each of their delectable made to order sandwiches. 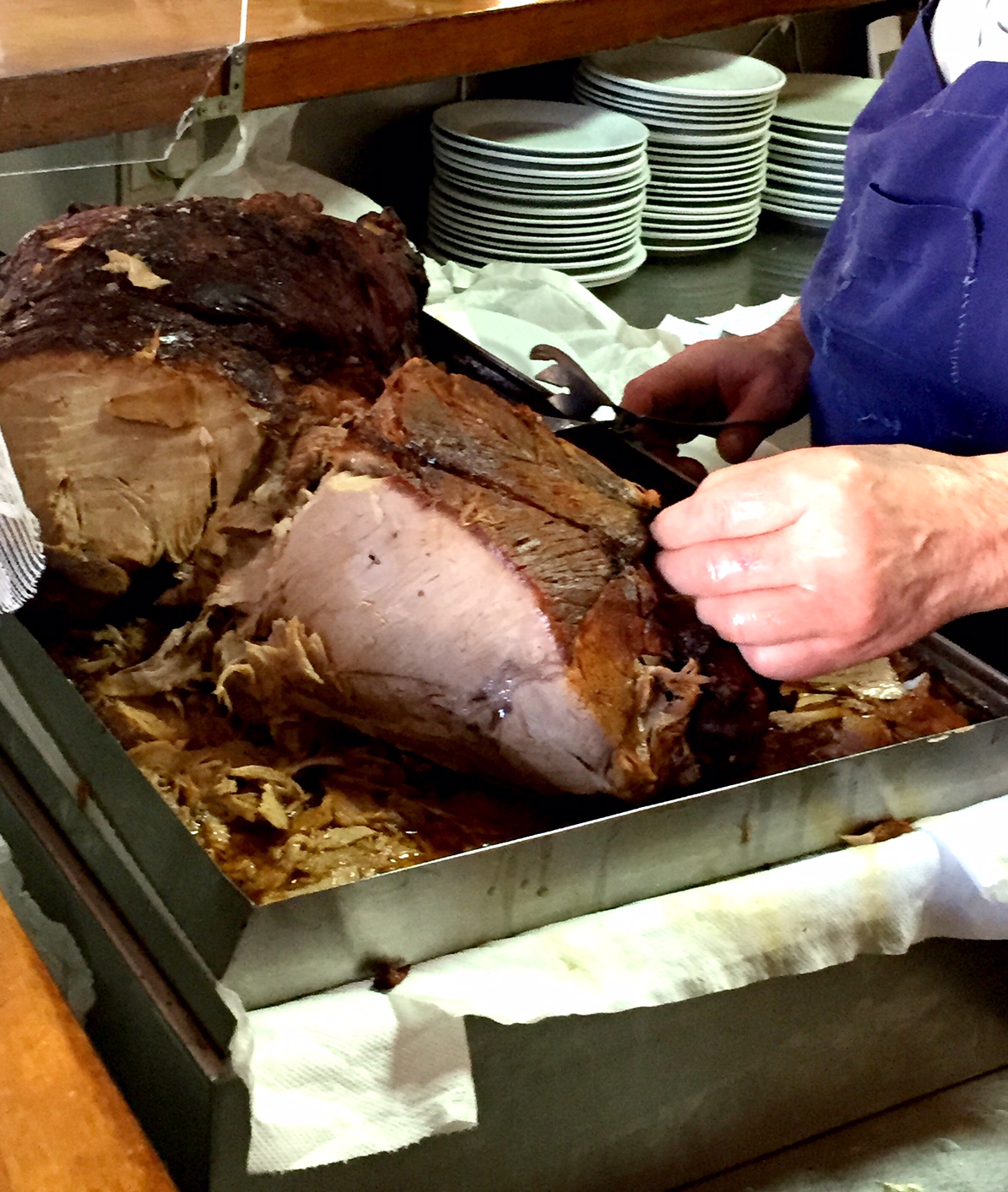 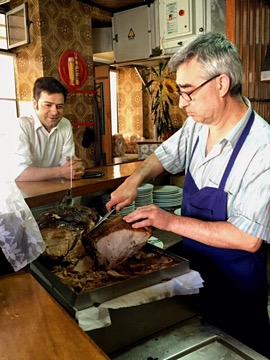 My sandwich, made with mountain cheese from Serra da Estrela, was de-li-ci-ous!!! The combination of aromatic melted cheese stacked with pork, not to mention the sight of pork juice dripping down your hands when you bite into it, is, well, paradise…pork heaven!! This is a must see spot in Porto! I highly recommend that you get two sandwiches! One for you and the other for the hotel concierge who gave you directions! You can thank me later. 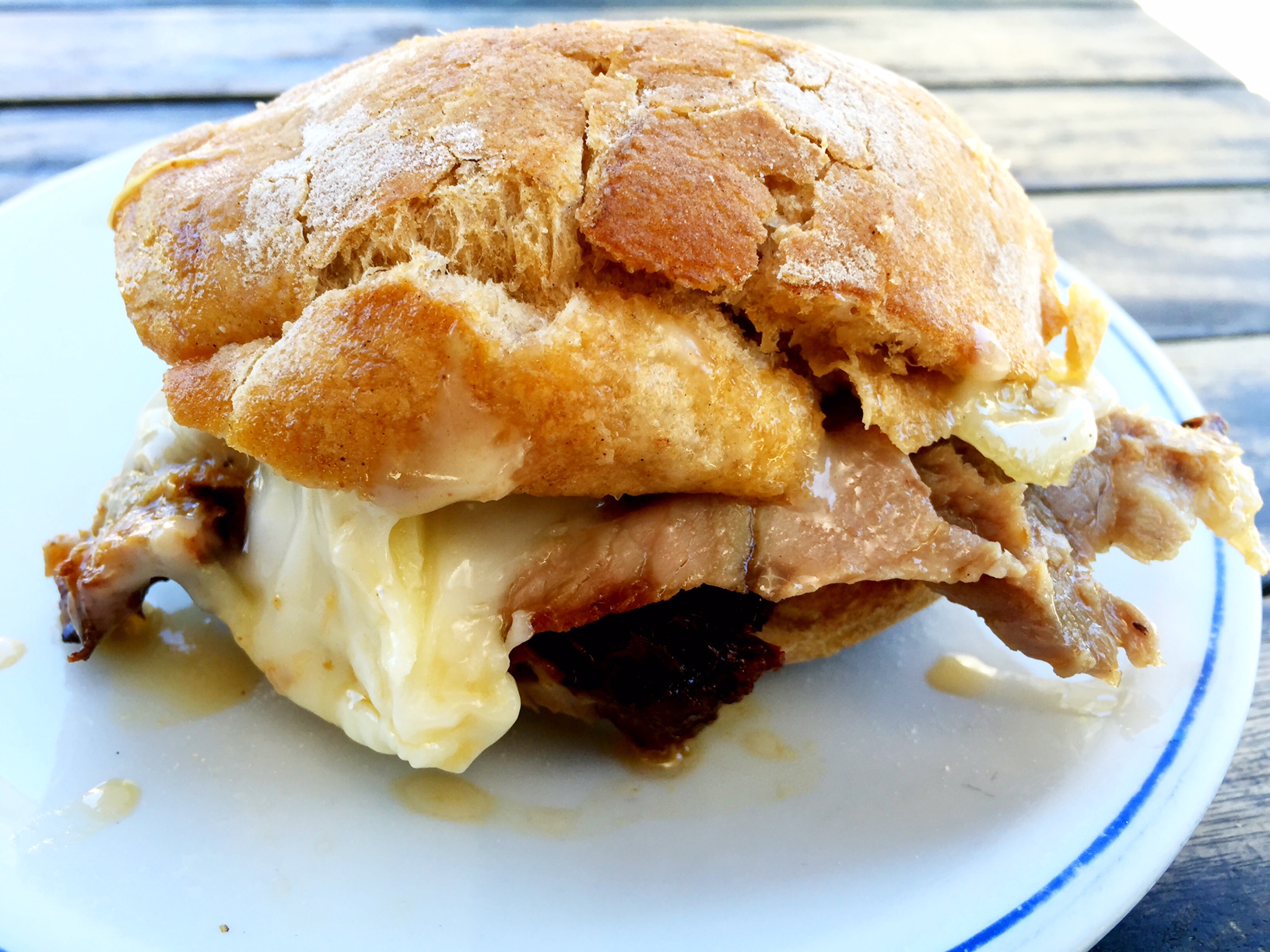