A hidden gem on my first night in Lisbon!

A week before leaving for Portugal, I was lucky enough to be introduced to some new friends which included a couple who own a condo in Lisbon. They in turn, connected me to their friend Laetitia, who lives near Sintra and Colares just outside Lisbon. Laetitia and I were able to catch up on my first night in Lisbon for drinks and dinner. And what a wonderful resource she turned out to be!

I got a little turned around meeting her but it gave me the ability to walk through a different area of the city I might not have otherwise. 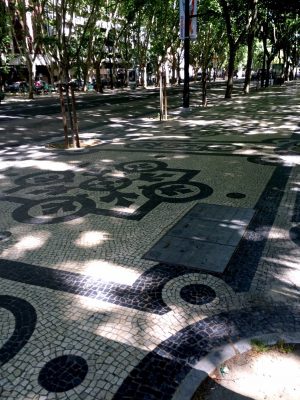 Laetitia and I met at a local park and from there walked to grab a cocktail at a spot she knew. During our walk she pointed out various shops and sights. 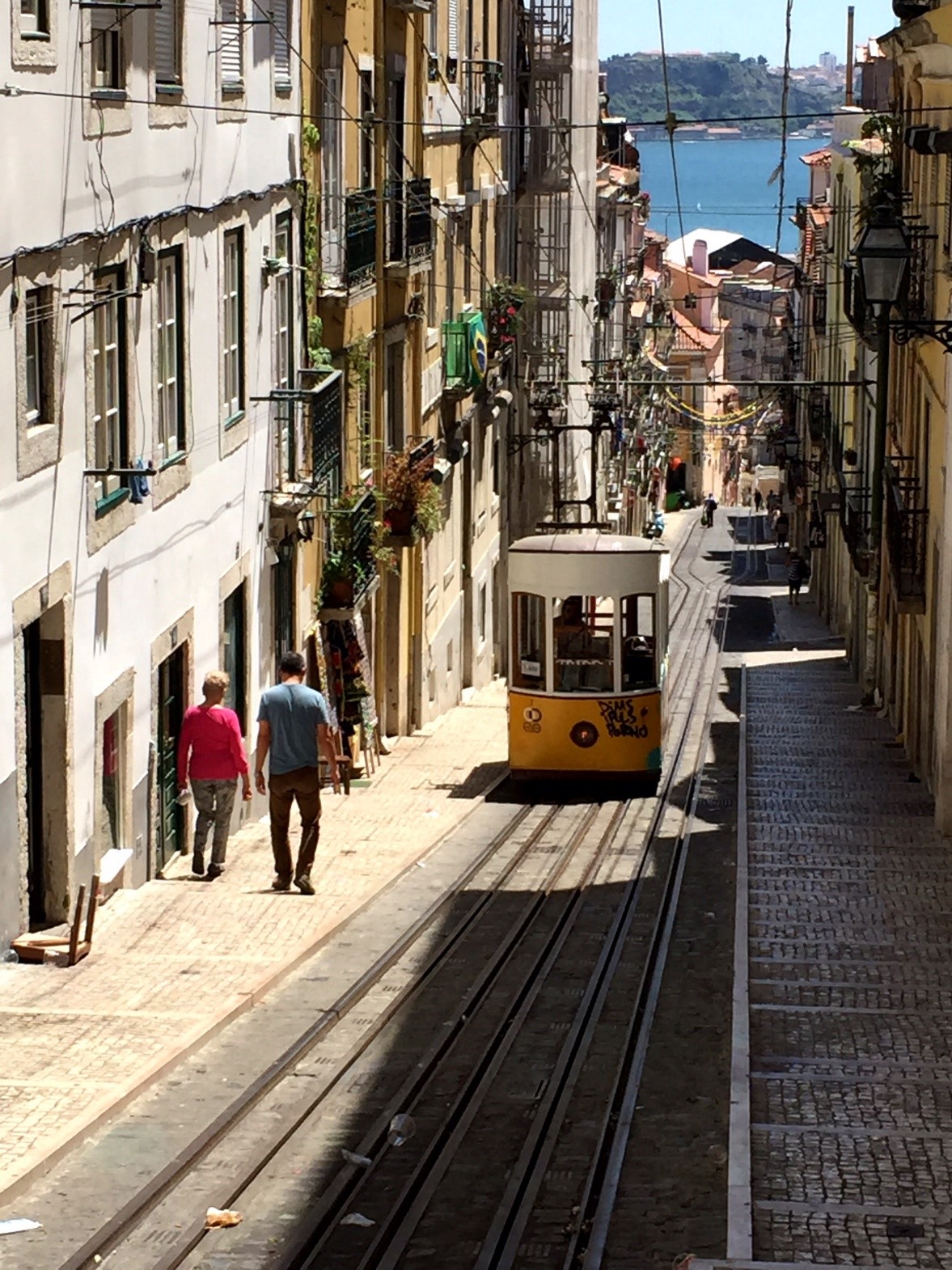 We stopped by the bar Laetitia was taking me to, but agreed it was WAY too crowded. We would never be able to get at drink and hear ourselves talk, so Laetitia decided we would “try another spot”. 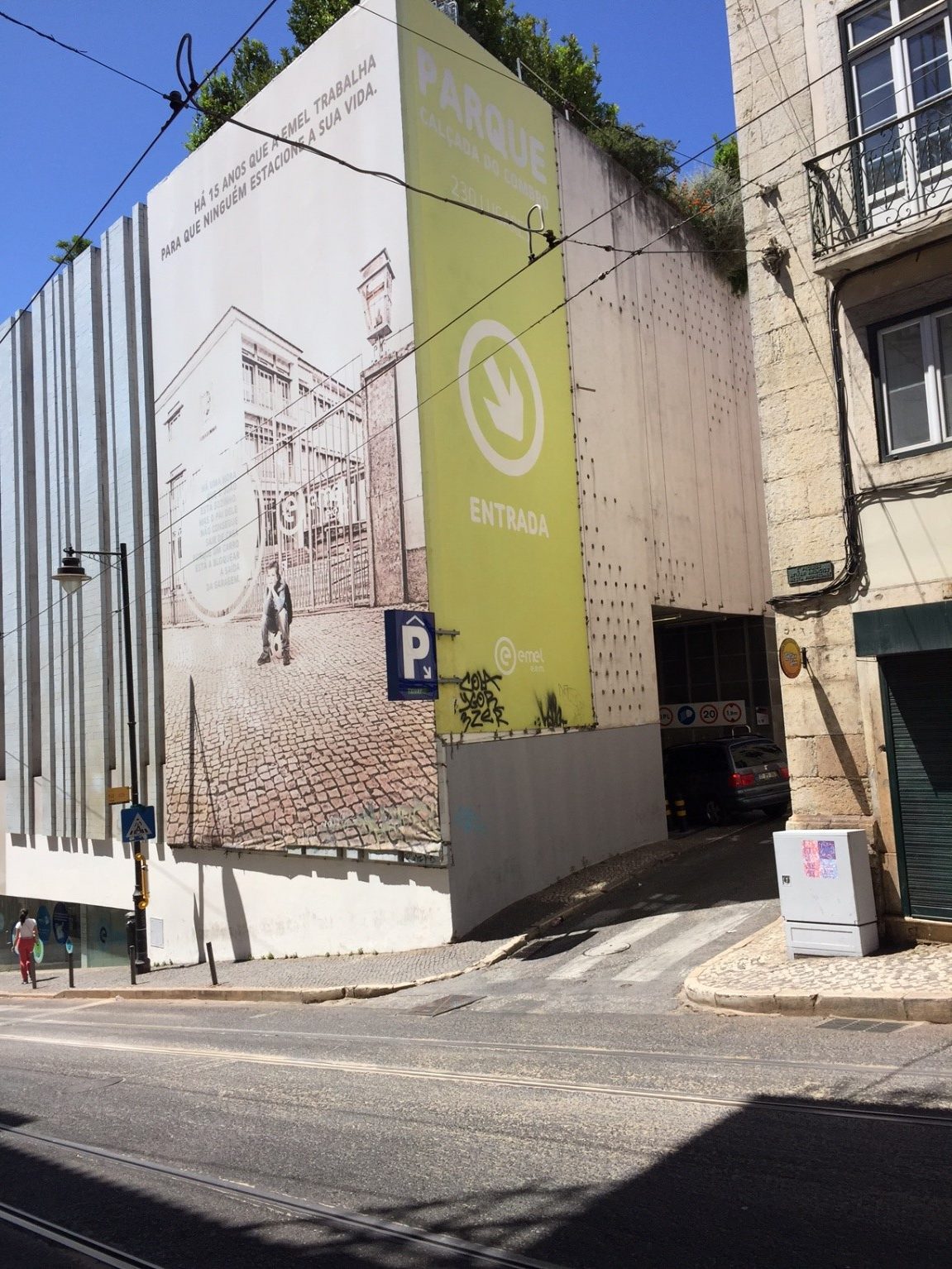 Walking down the block while talking, Laetitia took a right turn into a parking garage and went to the elevator and pressed the button.

I must have looked puzzled for she waved her hand in the air quickly and said “don’t worry, it will be fine”.

We rode the elevator to the top of the parking garage and the elevator door opened to a rooftop bar with the most fantastic view over the water and the Lisbon Bridge. 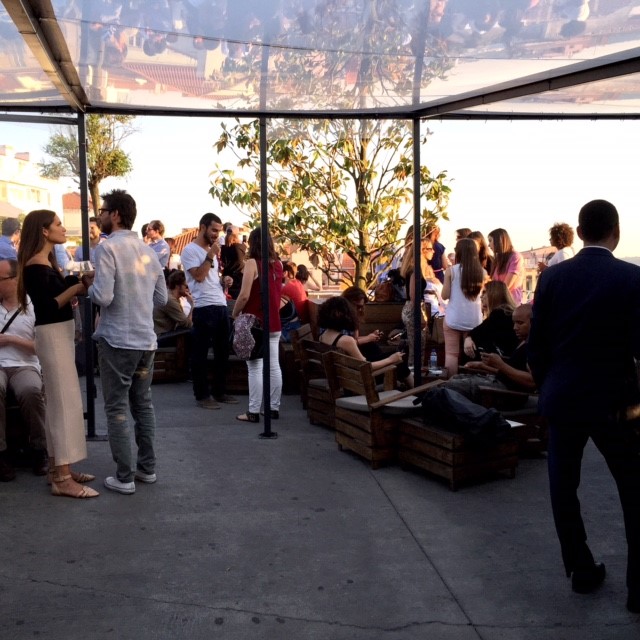 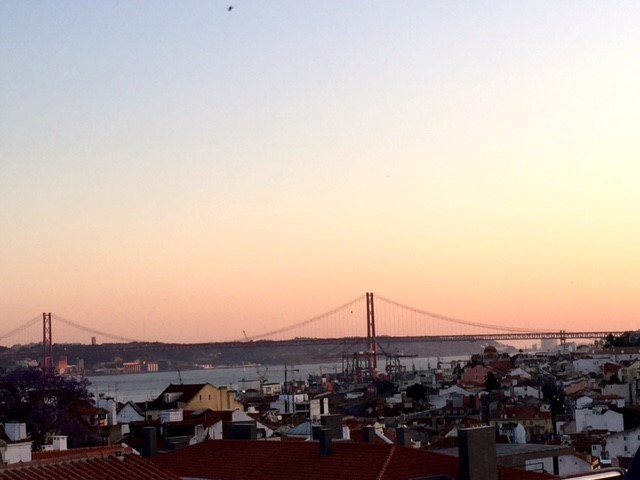 The music was going, the drinks were flowing and as I looked around at the well-dressed crowd, something was off but I couldn’t put my finger on it. As I was quizzing her about deeper subjects like immigration, the economy, the bailouts, and the struggle of the Portuguese people who had plummeted into insolvency and unemployment not just two years ago, it hit me. It was the realization that no one was really on their cell phone.

Sure, a few snapped a shot of the sunset, and one was texting, but other than that, everyone had their phones out of sight and were just chatting with one another.   When it finally struck me, I figured I’d get Laetitia’s insight on what I was viewing.

I turned and gestured to the patrons on the rooftop bar, mentioning that no one had their cell phones out here. I showed her a photograph I had taken on the metro car earlier that day where clearly not one person had been on their cell phone surfing, listening to music or texting and in fact I directly pointed in the photo to the women seated next to me reading a book. It was so bizarre to me I explained, “In the US, we are always checking our phones”.

She turned to me as she sipped her drink, shrugged and grinned saying “yeah, here… we just talk to one another”.