48 Hours of Foodie Heaven in Kauai

For some reason I have never visited the island of Kauai. This August I needed to be in Mexico City and was finding myself low on my year end qualifying air miles with American Airlines, so I decided to do a brief mileage run from Mexico to Hawaii.

I had orginally planned to only go to Oahu but upon realizing American Airlines miles can be redeemed on Hawaiian Airlines flights, I decided to use miles for free inter-island flights turning the trip into an island hopping adventure! 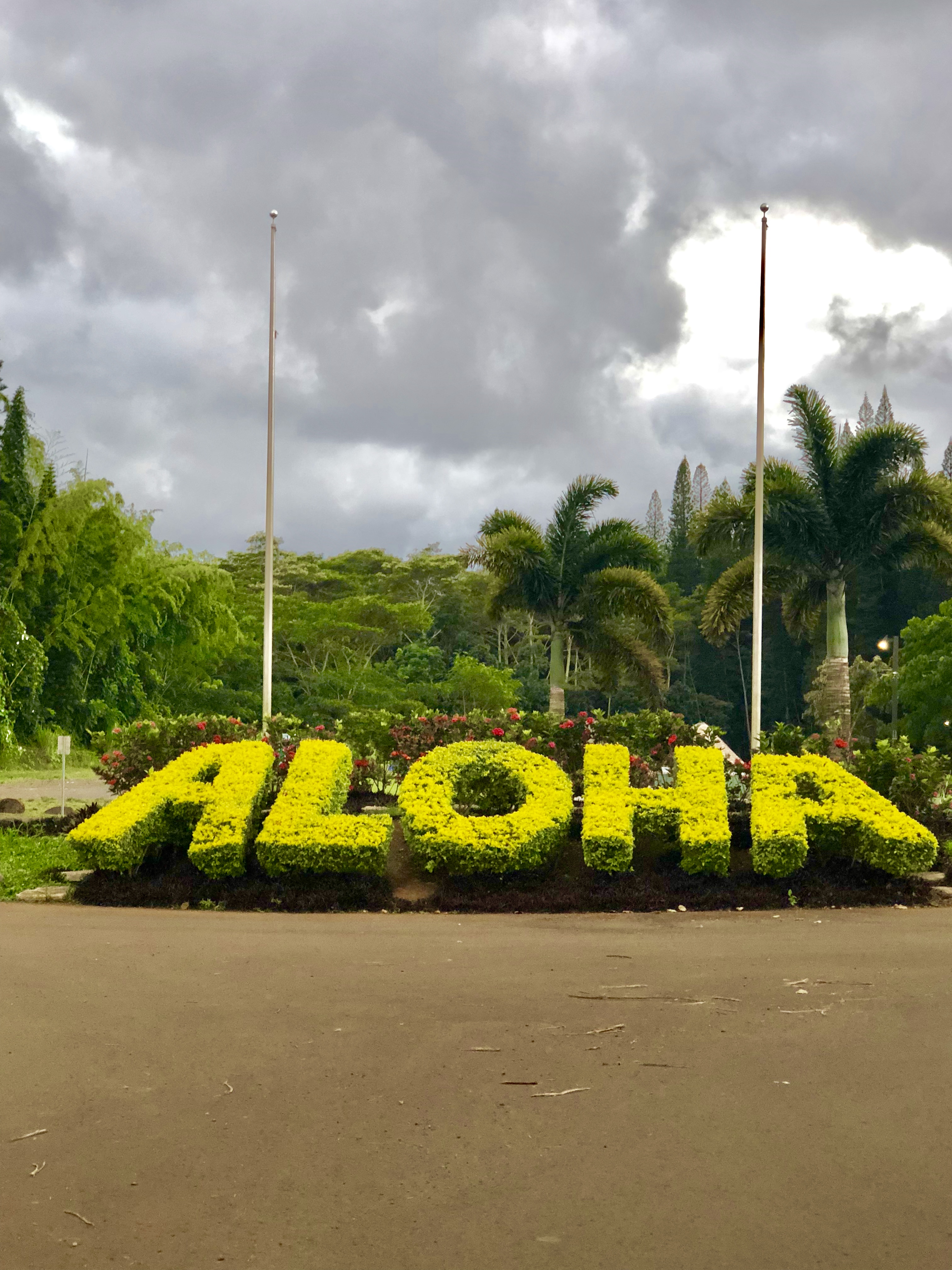 A quick overnight airbnb stop in Honolulu with an super early morning departure had me hungry and looking forward to filling up for breakfast in Kauai. Disclaimer, I love Macademia nut pancakes. Anyone currently on a Keto low carb diet like me (obviously before I left DC…) look away from these posts as this trip will be a major carb overloaded fest, keto diet be damned.

After securing my rental car, my first island stop after touchdown was to get a uber fresh açaí bowl at Aloha Aina Juice Cafe close to the airport. I was hoping they still could make me their Very Berry bowl (not on the menu) as they were sold out of the ever popular Pitayna Passion bowl by 9am when I arrived. Wow, best Açaí bowl ever! I think the super fresh Hawaiian fruit makes all the difference. The blueberries, strawberries and banana placed on top drizzled with honey (skipped the coconut flakes), were the perfect topping. I tried to not eat it all since I officially still had a full pancake breakfast ahead of me. 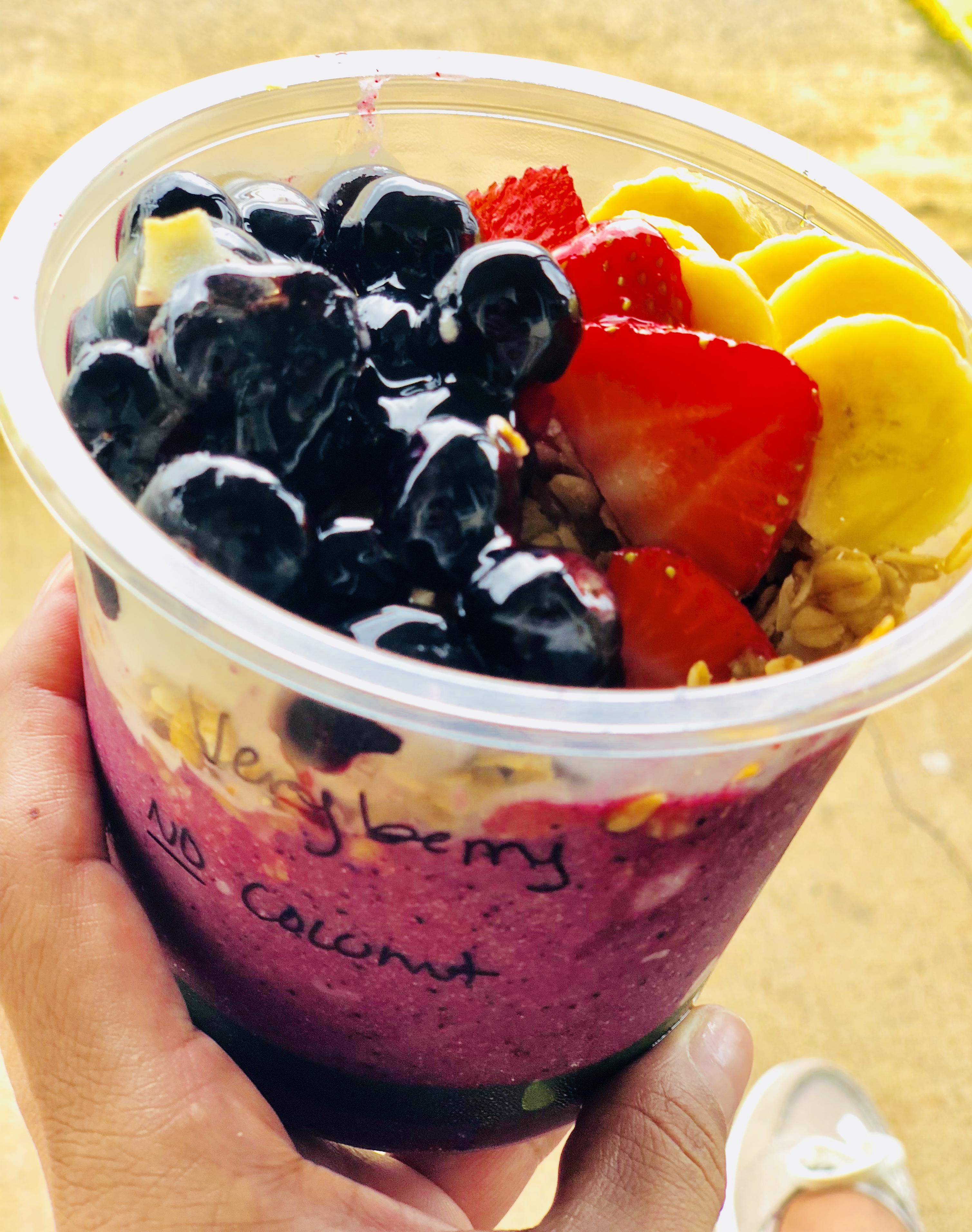 Next, I did some wandering taking my time to digest the açaí bowl as well as visit several shops along the drive to the South Shore. Drove through peaceful hamlets including this beautiful tree covered road along the way. 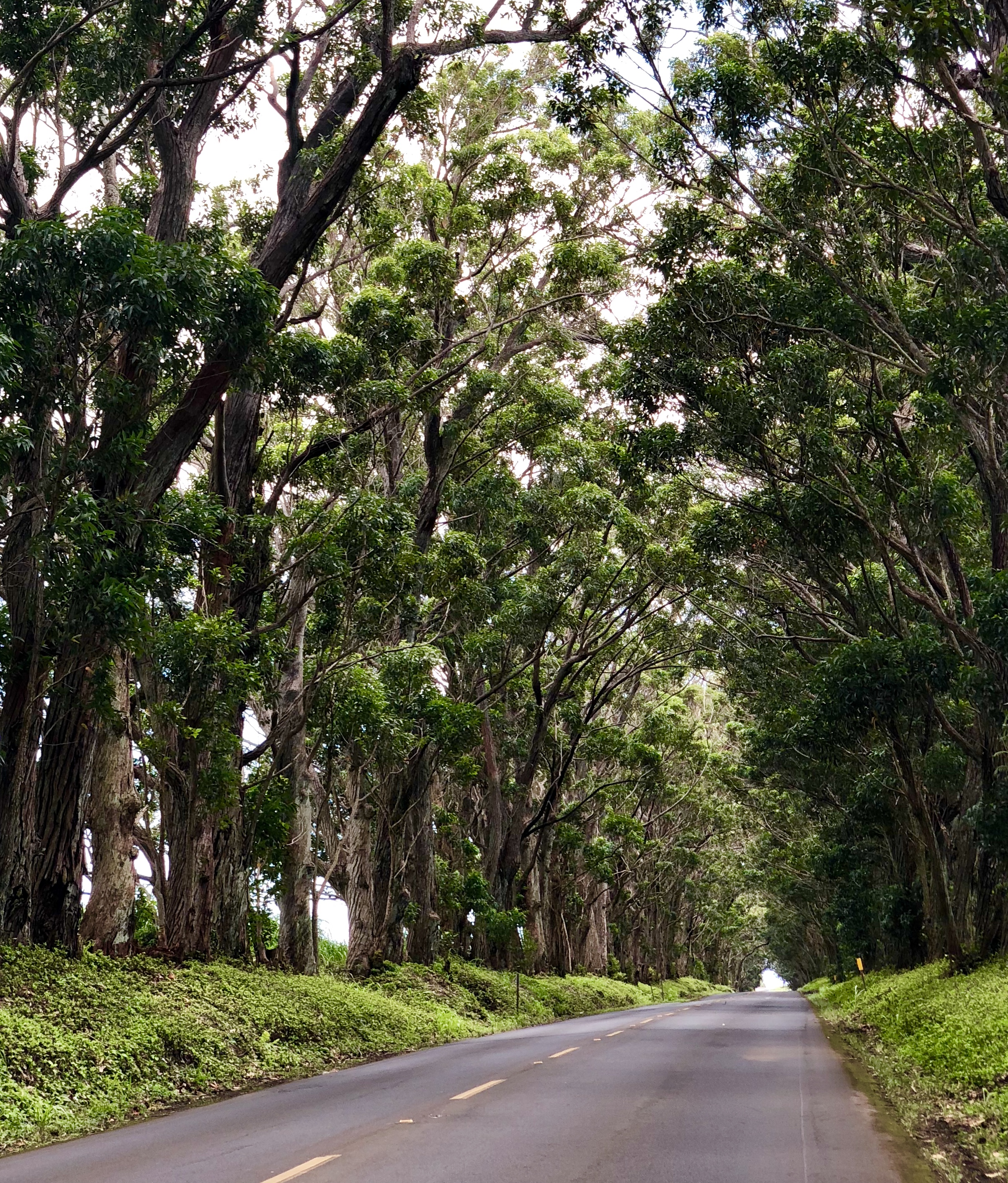 Finally, after killing a few hours taking in the island sights and views, I arrived ready for my breakfast at Anuenue Cafe.

I was super ready to enjoy their Hawaiian macadamia nut pancakes. Rounding the pancakes out, I also scarfed down some Portuguese sausage, scrambled eggs with cheddar while sipping on Kauai’s version of half and half (iced tea and pineapple juice).  Yum, clearly I will not be eating dinner this evening. 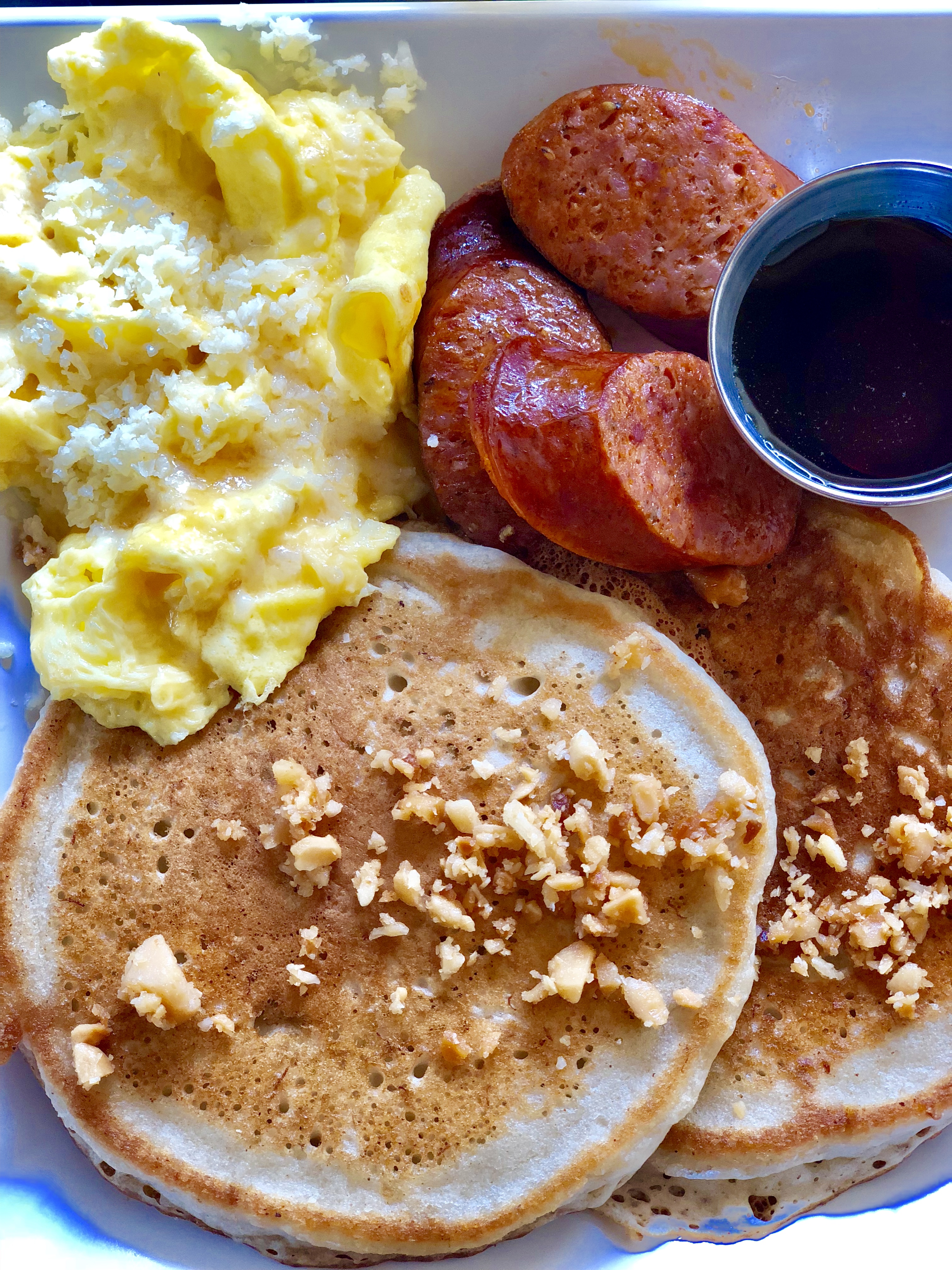 Checked into my hotel and decided to visit the East island beaches of Kauai and drive to the North shore.  Enjoyed happy hour at Kalypso bar and then watched the majestic sunset at the St. Regis resort. 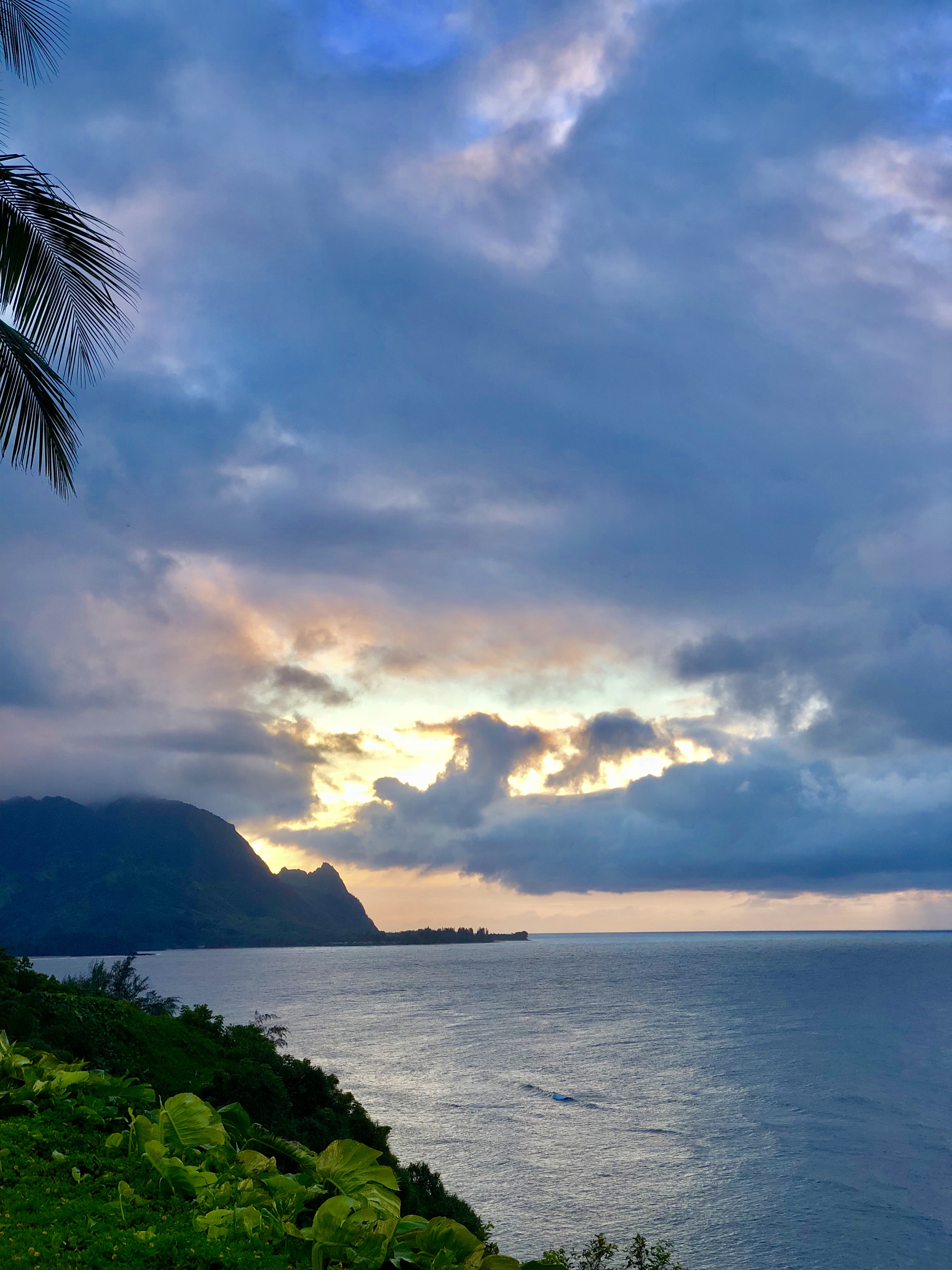 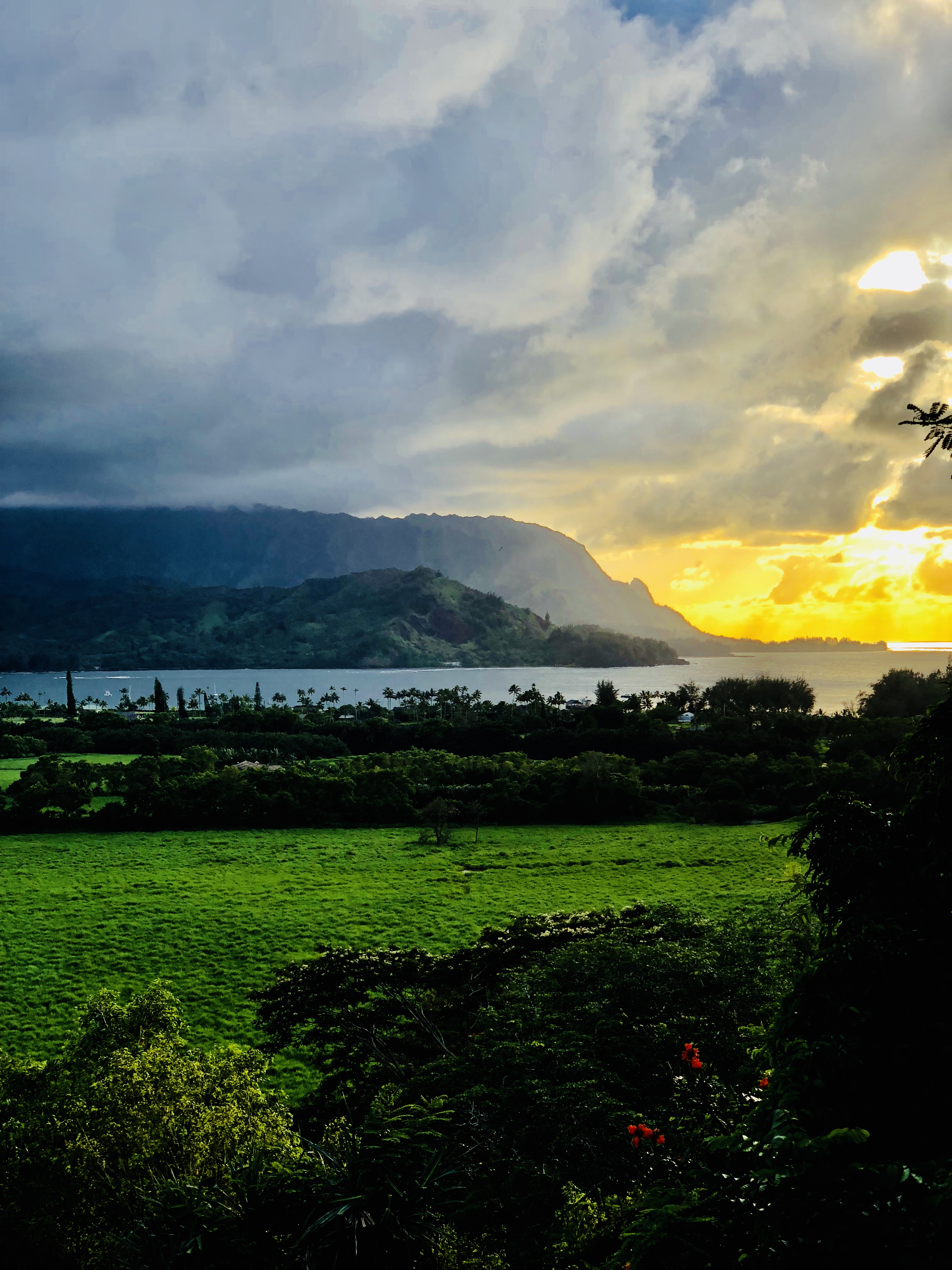 The next I morning I woke up early to watch the sunrise. 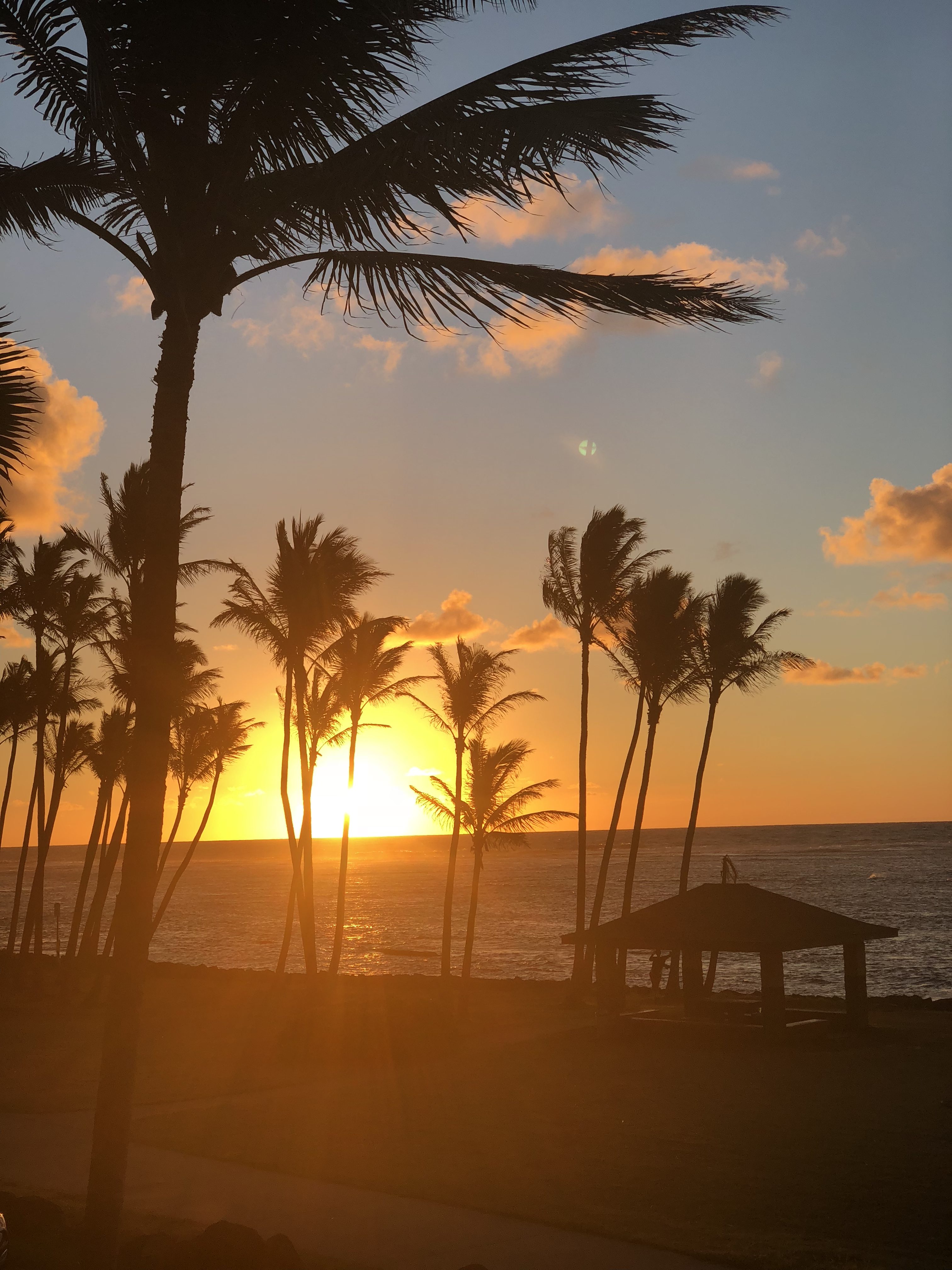 I had planned to drive to the North Shore and hike to a waterfall but was told the road had been washed out in late April and was unpassable. If when you get to Kauai that road is replaired, hike the trail for me and visit Ke Ke beach. Instead I headed out to enjoy the island beaches. 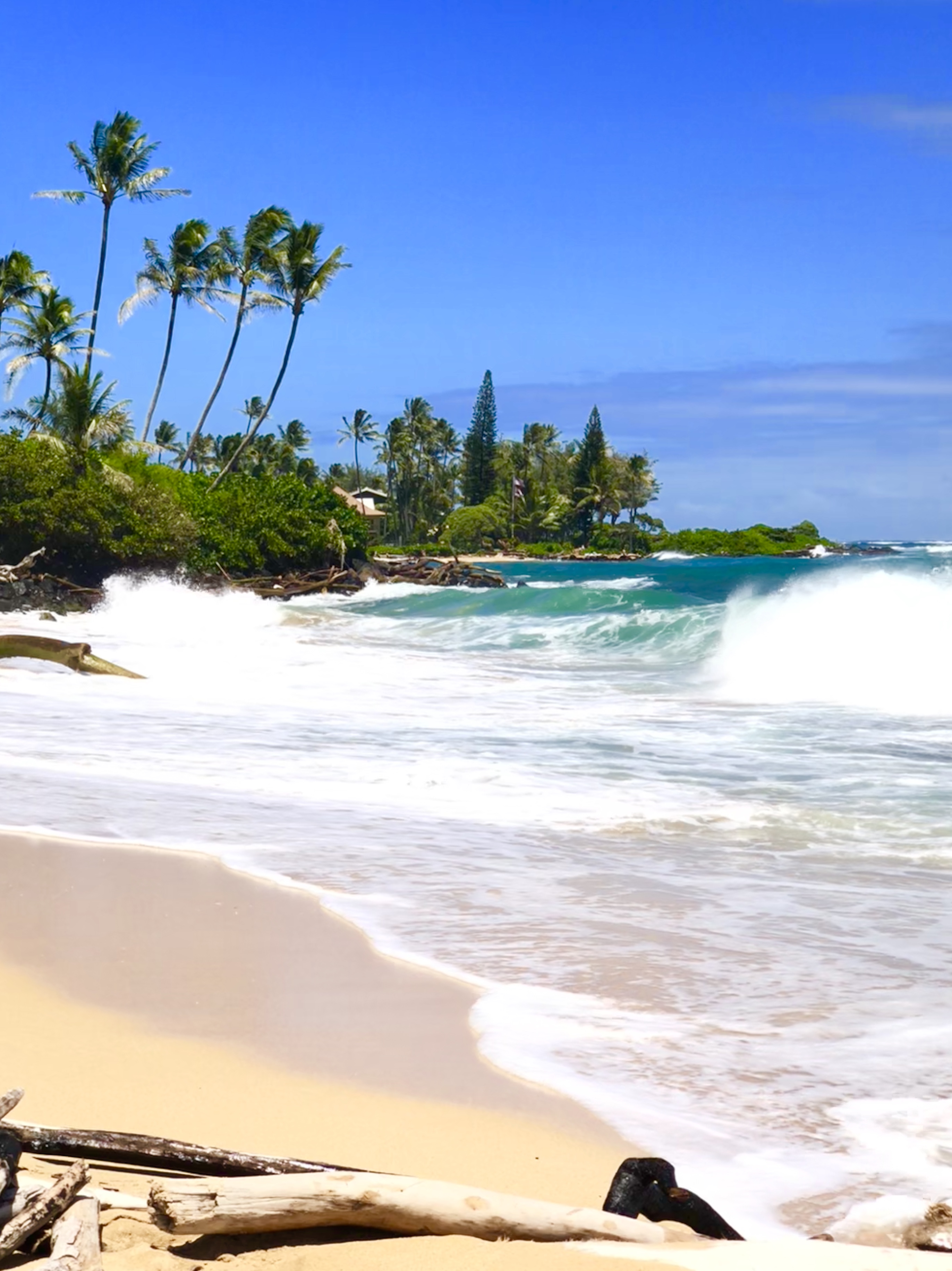 On the way I stopped at the Kilauea National Wildlife Refuge to get a glimpse of the Kilauea lighthouse. In spite of the clouds it was quite beautiful in the distance against the clouds of incoming Hurricane Hector. 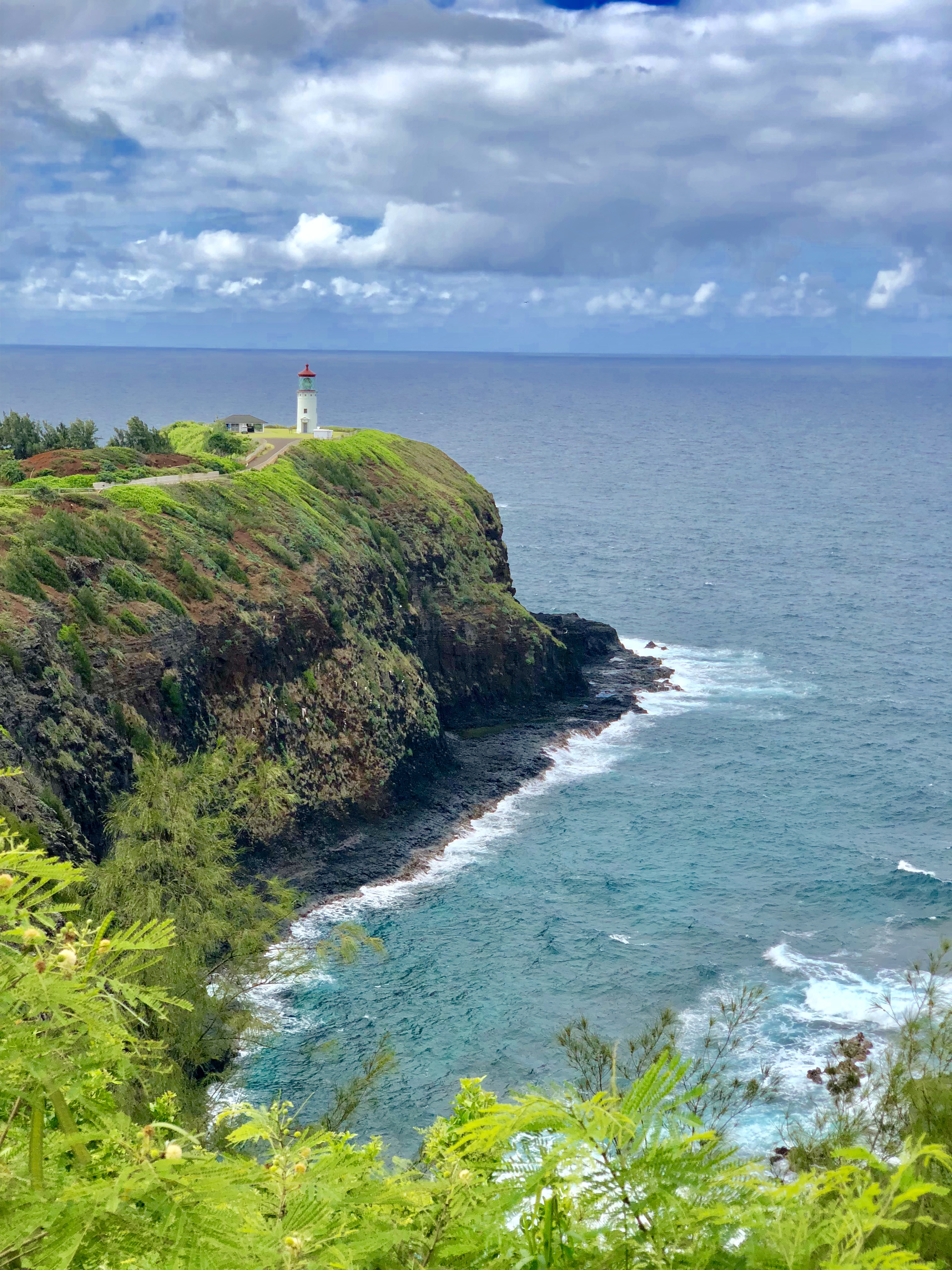 Hungry, I popped into the small quaint town Hanapepe. 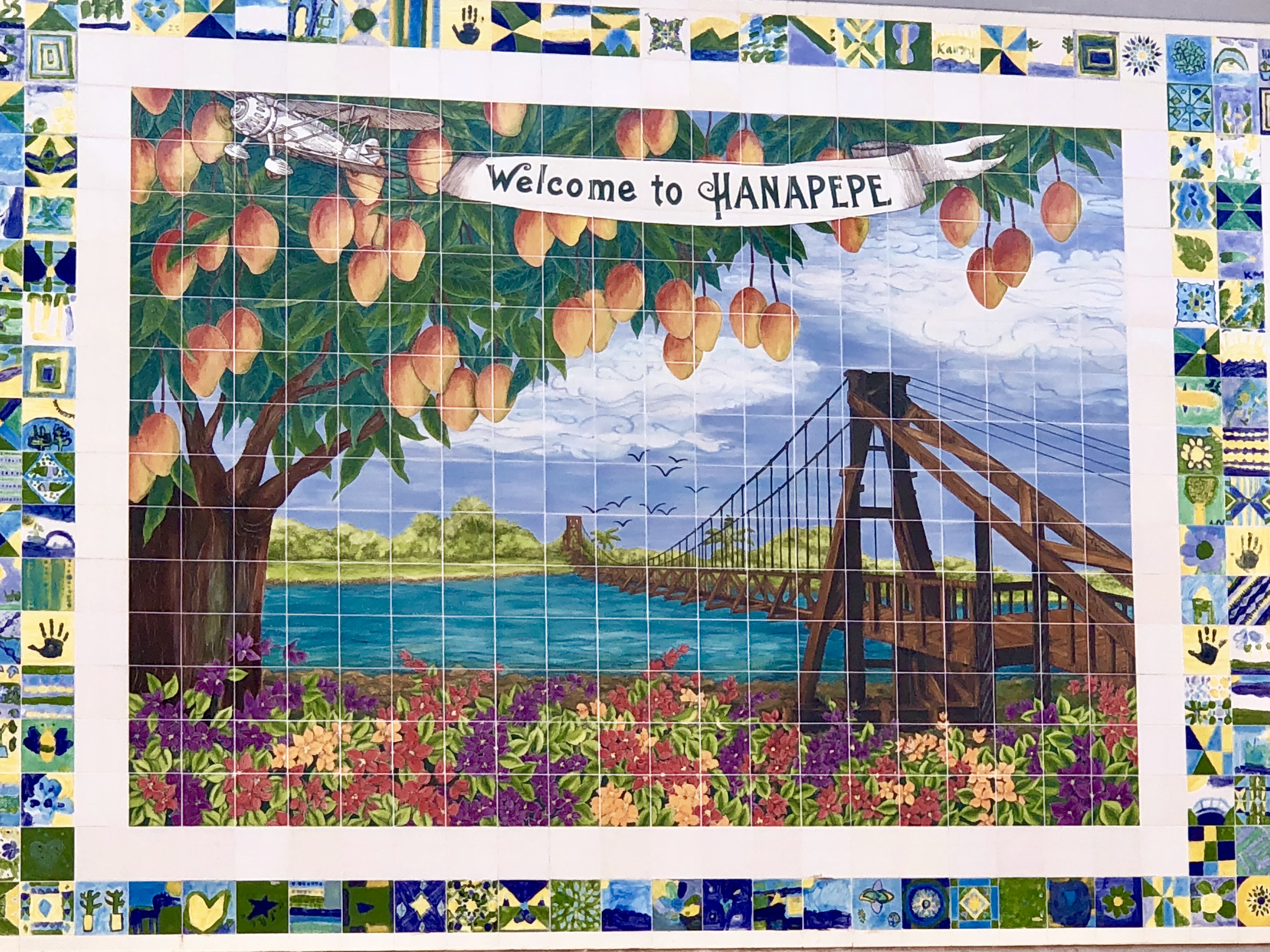 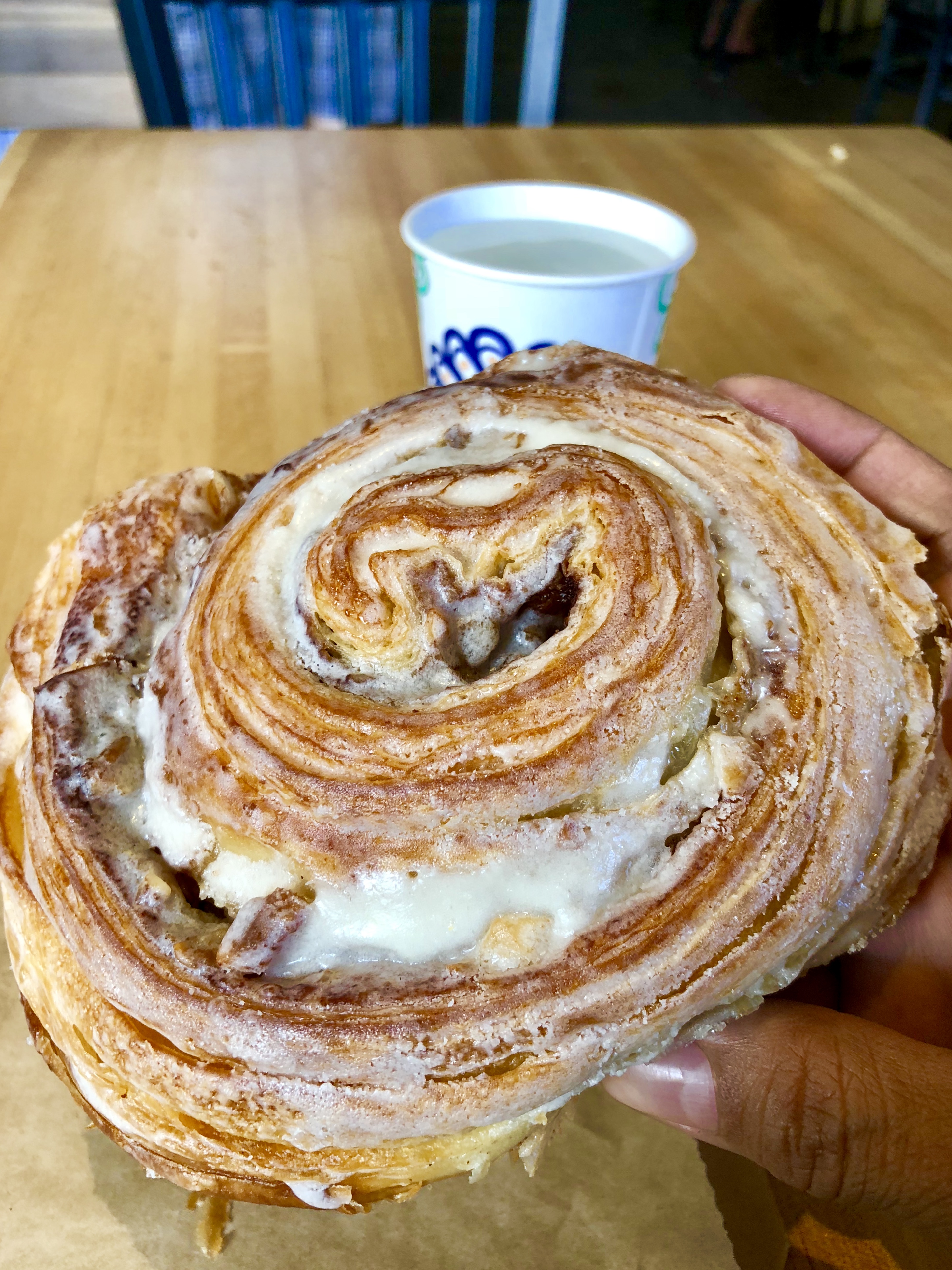 Macadamia nut cinnamon roll at made with croissant dough

Spent some time back at Wailua beach. Had fun in the sun with some wine I purchased from the local Safeway.

After growing a bit hungry, I dusted off the sand and drove nearby to pick up some light fare. Stopped through the popular Fish Express for an exceptional poke bowl. Their uber fresh selections blew me away. I wanted to try them all! I settled for a two scoop poke bowl. I chose the ahi tuna inamona and the spicy ahi with crab. Whew! I definitely understand this poke craze!! Only problem will be imagining how a poke bowl elsewhere can surpass the incredible seafood freshness of the ahi they serve here in Hawaii. 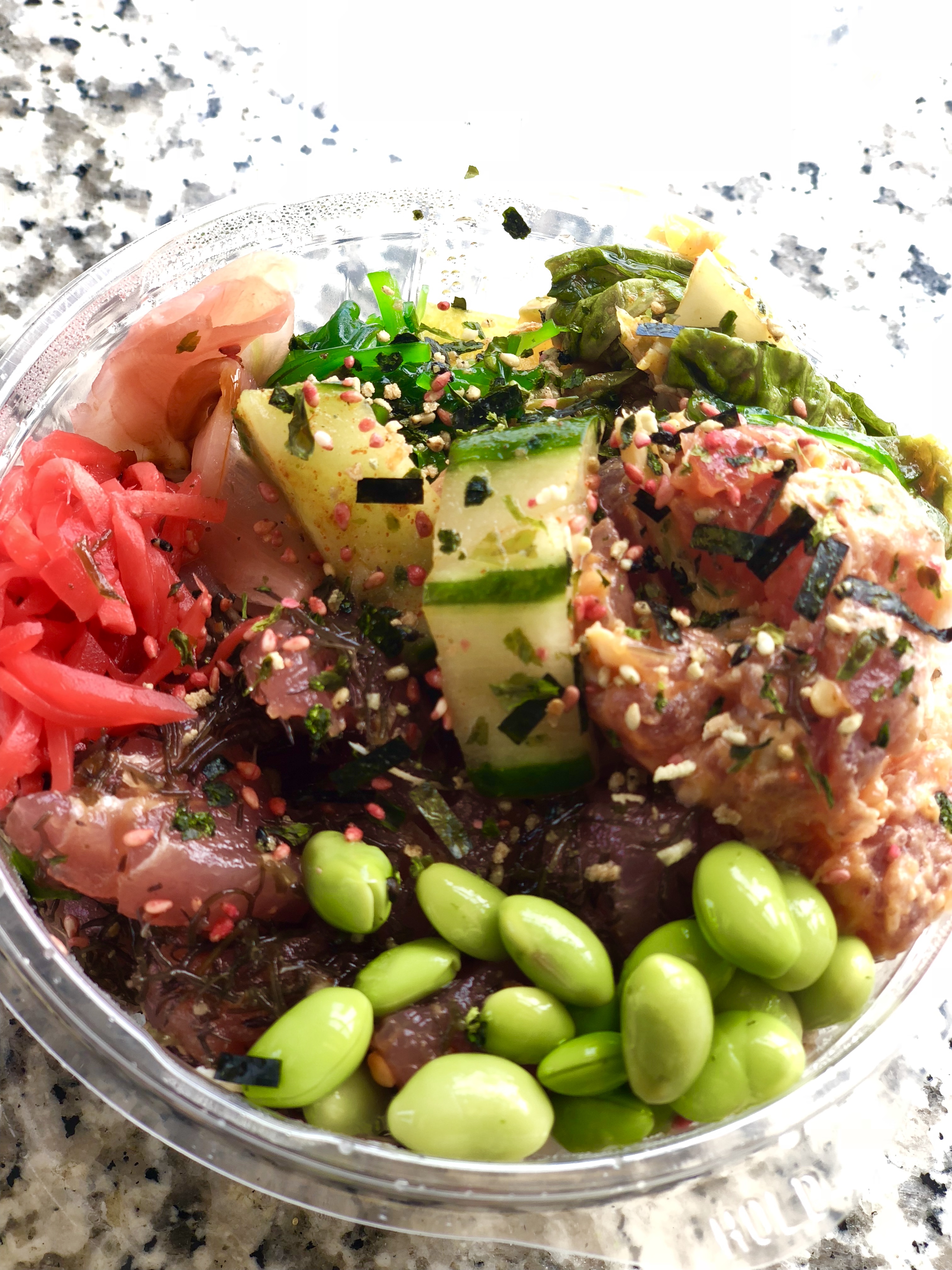 Went back beachside to Anini beach where I enjoyed some wine and sunbathed. 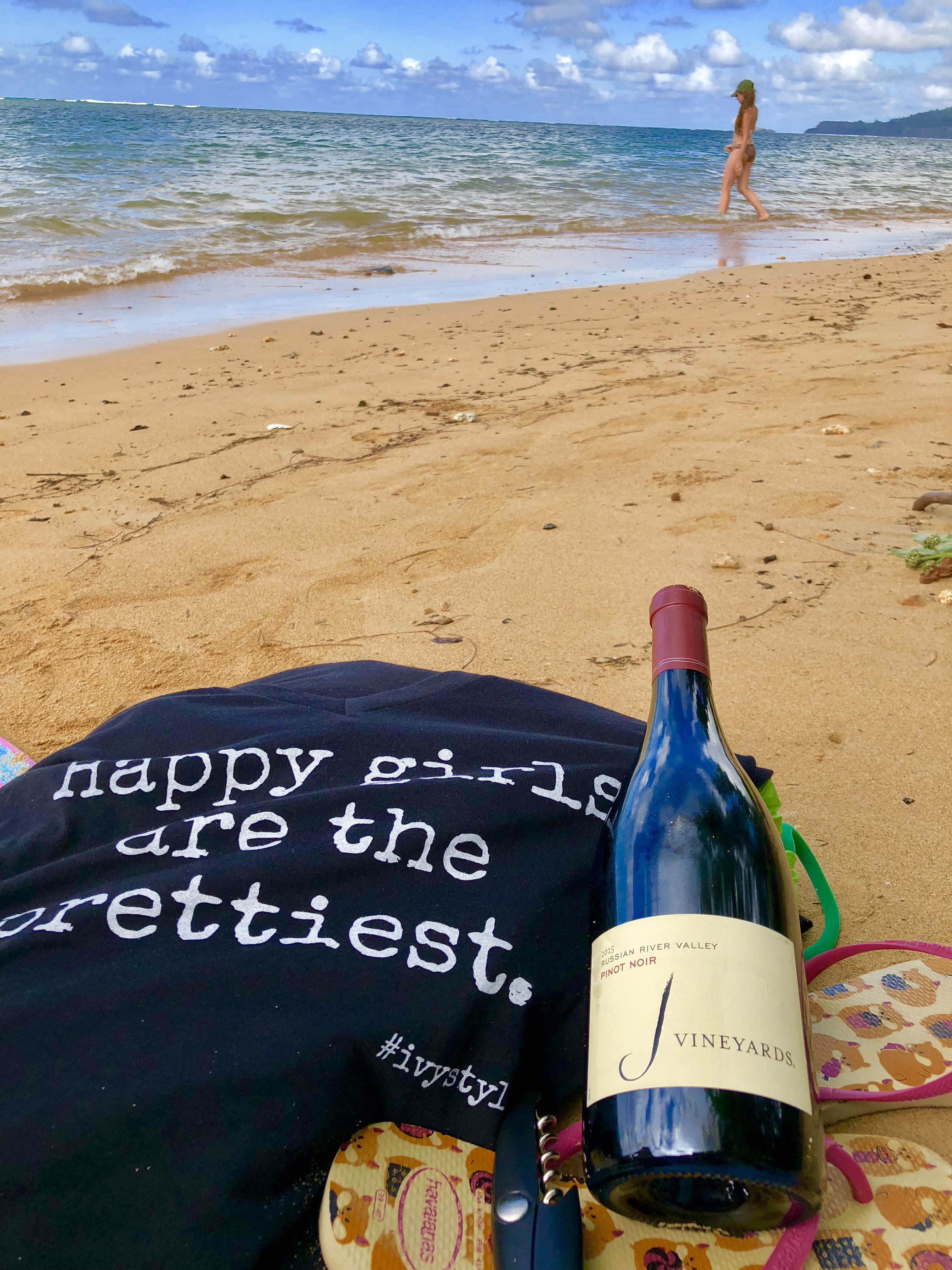 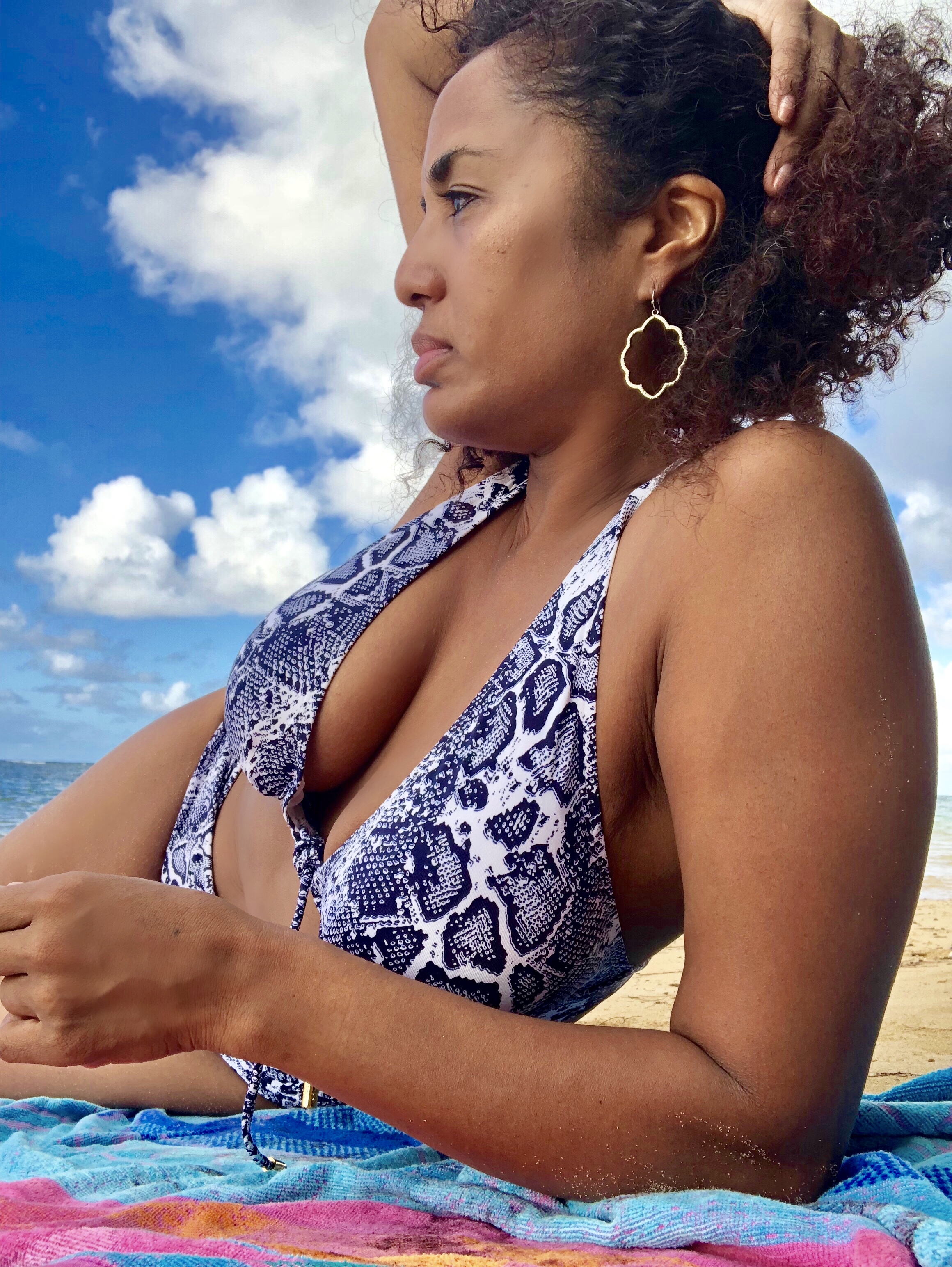 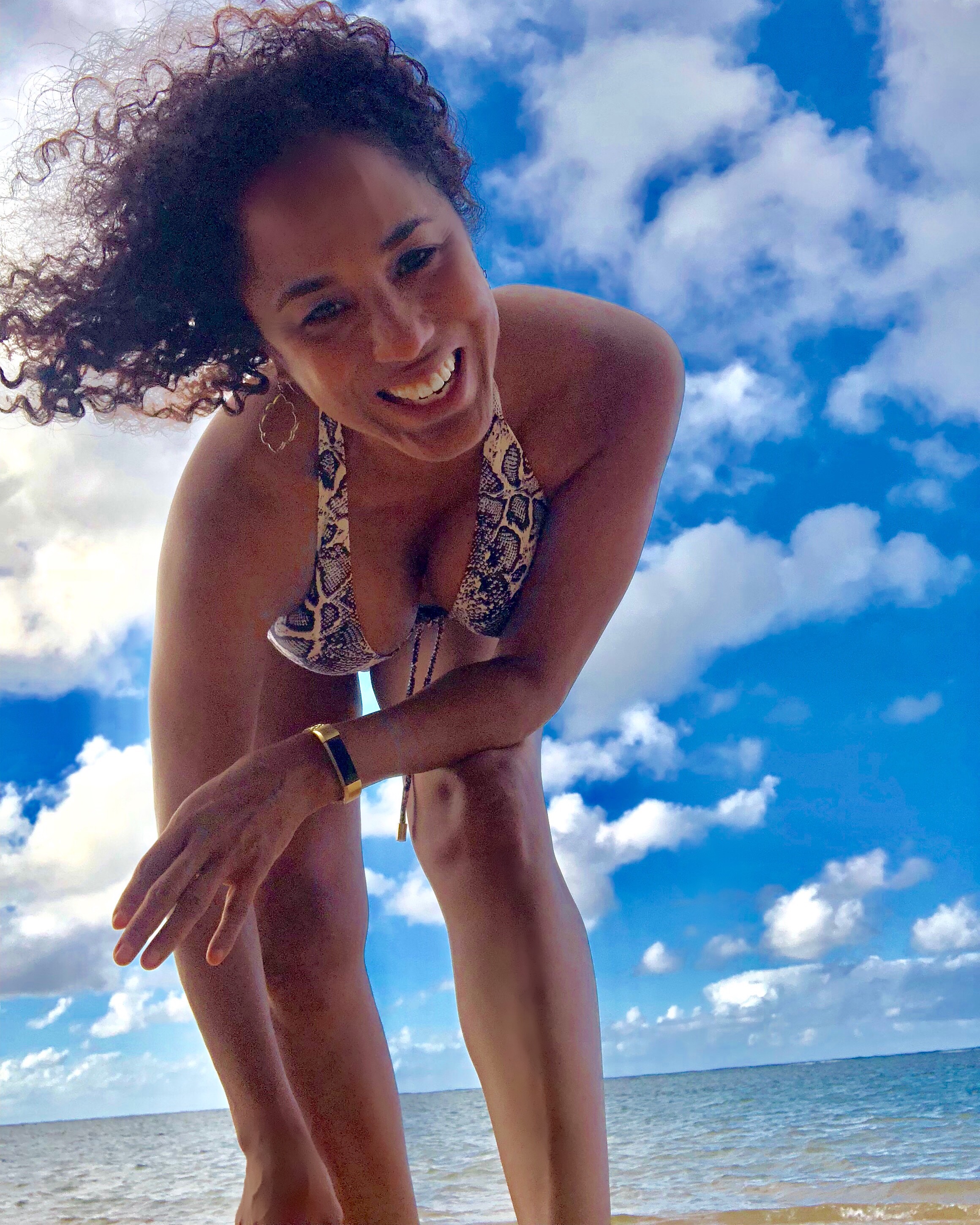 Fun in the Kauai sun

I finished the day with a quick appetizer and pizza at Piazza In Princeville. A little pricy for what you get but overall good food. 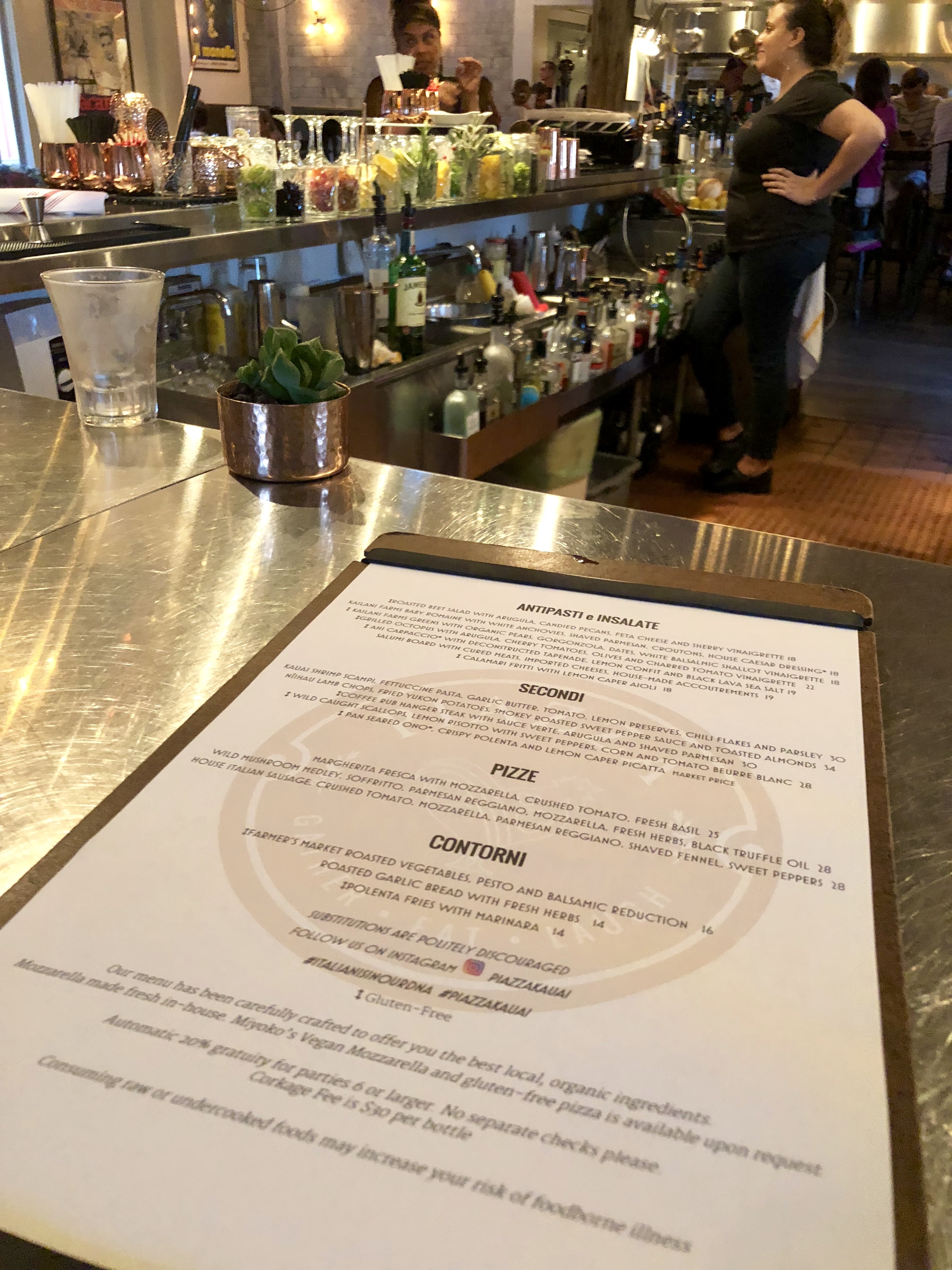 I ended the day back near the North Shore chasing the sunset of Kauai and enjoying the last views of the island as the sun set in the sky. 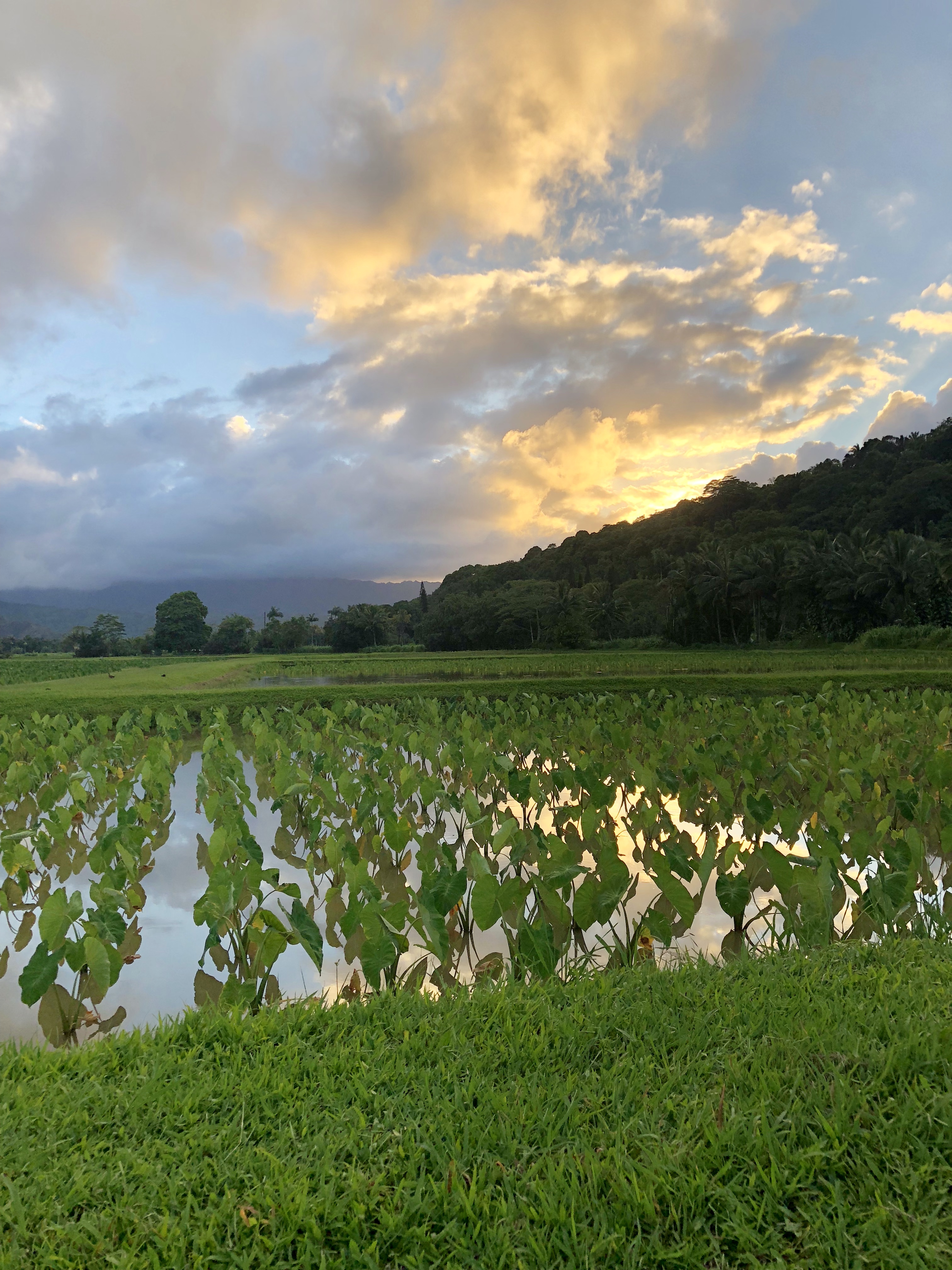 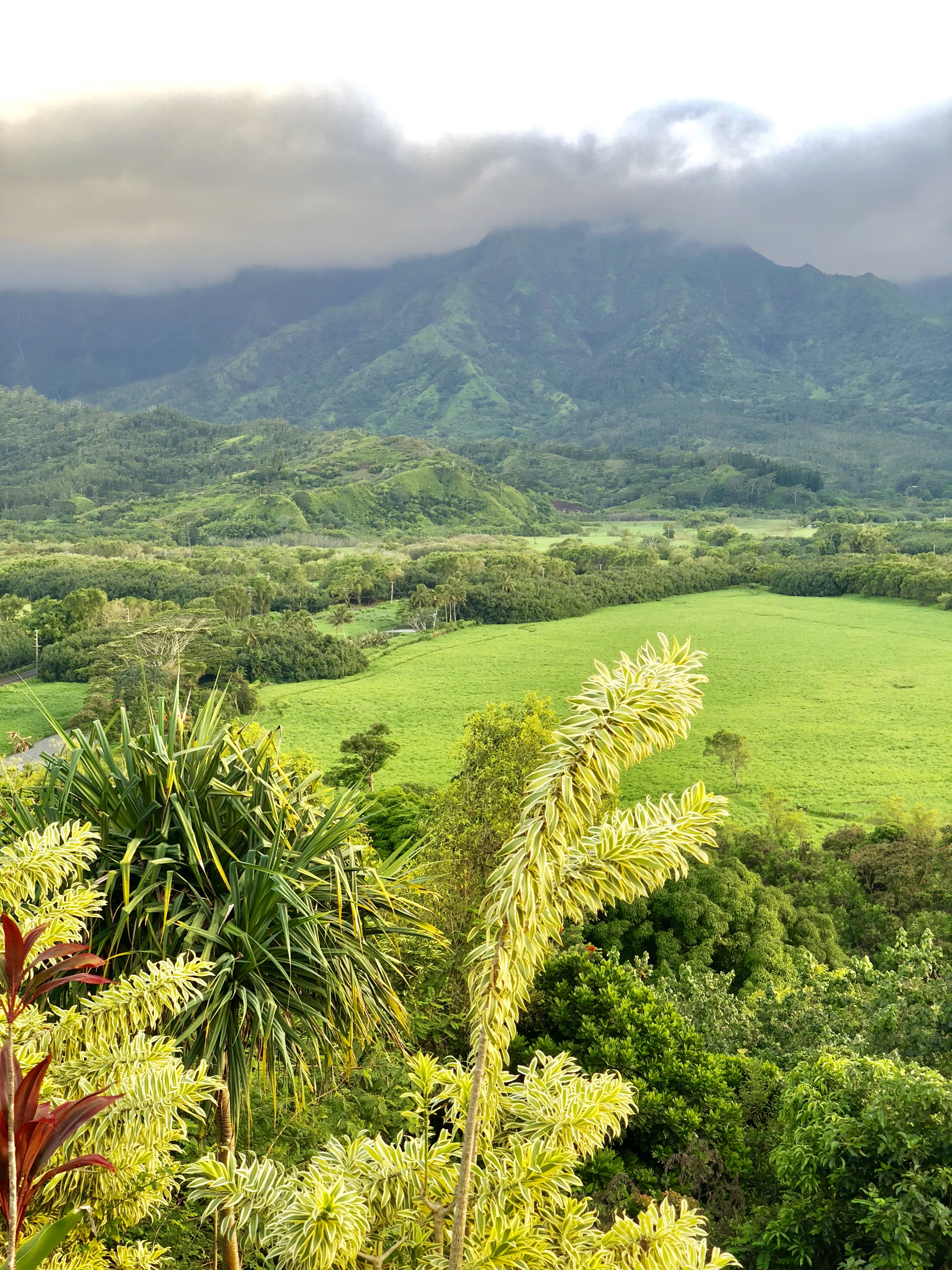 This island has so much to offer. Smith family paradise is rumored to have a great luau. 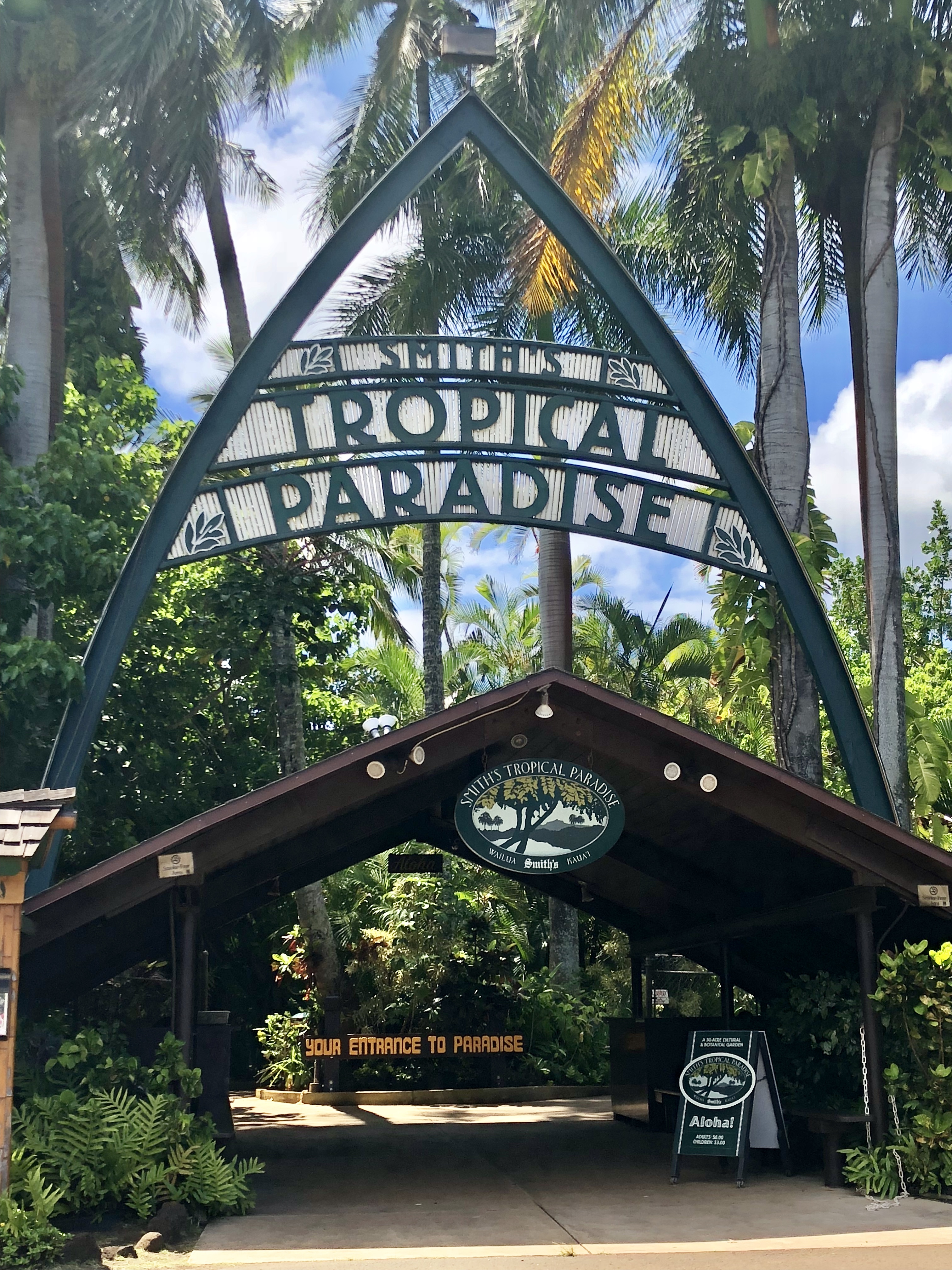 You can do a lot on this island or nothing at all. Golf is everywhere, there are zip lines, four wheel driving, surfing and whatever else you can think of. Personally, I really just enjoyed the food, the beaches and views of the lushness that makes up the Garden Island of  Kauai. Got to taste it all in a mere 48 hours.