When on vacation, I always find myself in a personal debate about getting up early instead of sleeping in, however I do so love to visit the outdoor farmers market where the locals buy produce and to see what local produce is in season. 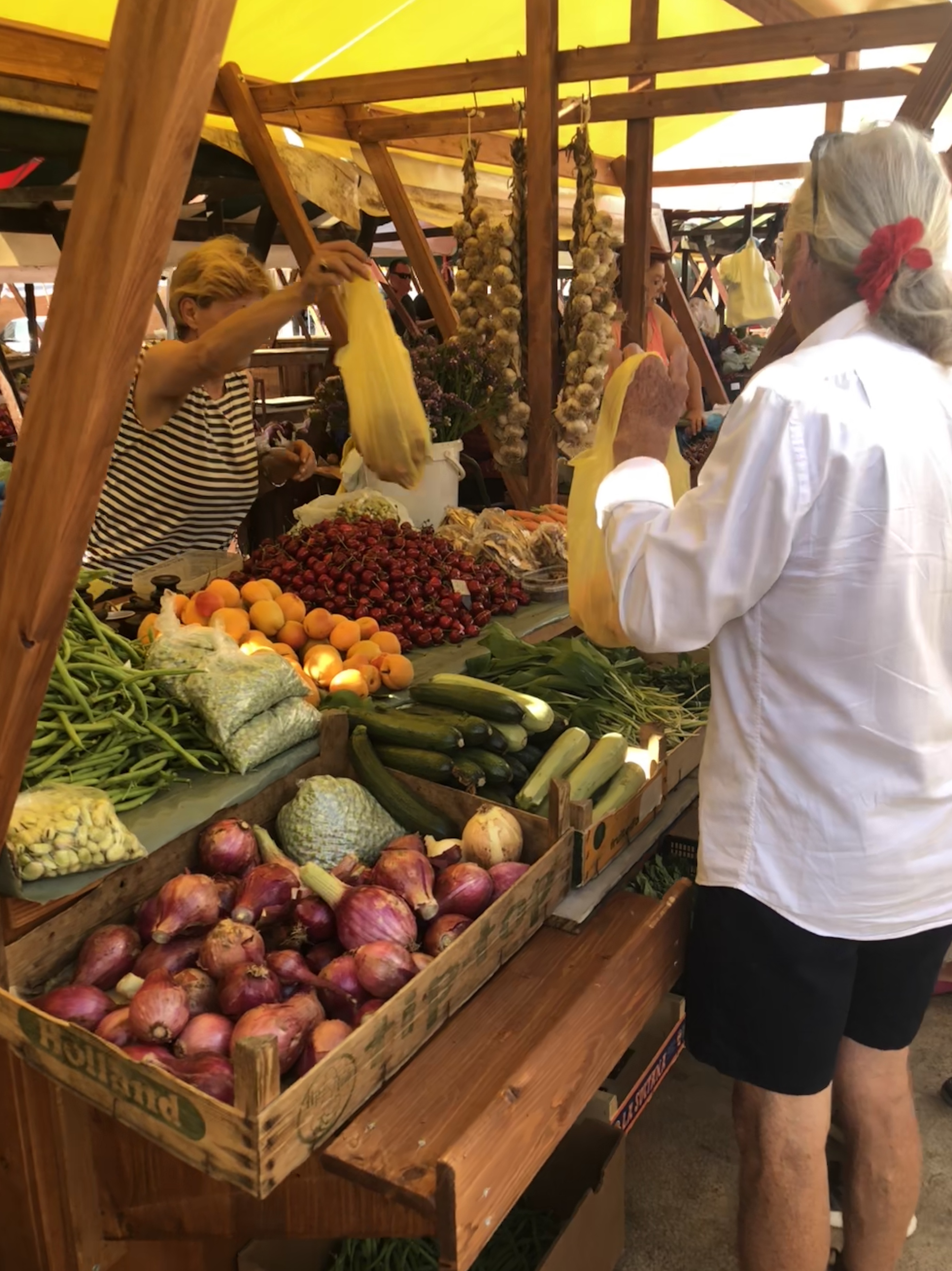 While driving from the Plitvice Lakes region down to Zadar, many of the farmers stands along the highway featured homemade cheeses, fresh olive oil, jars of local honey and ripe just picked cherries. 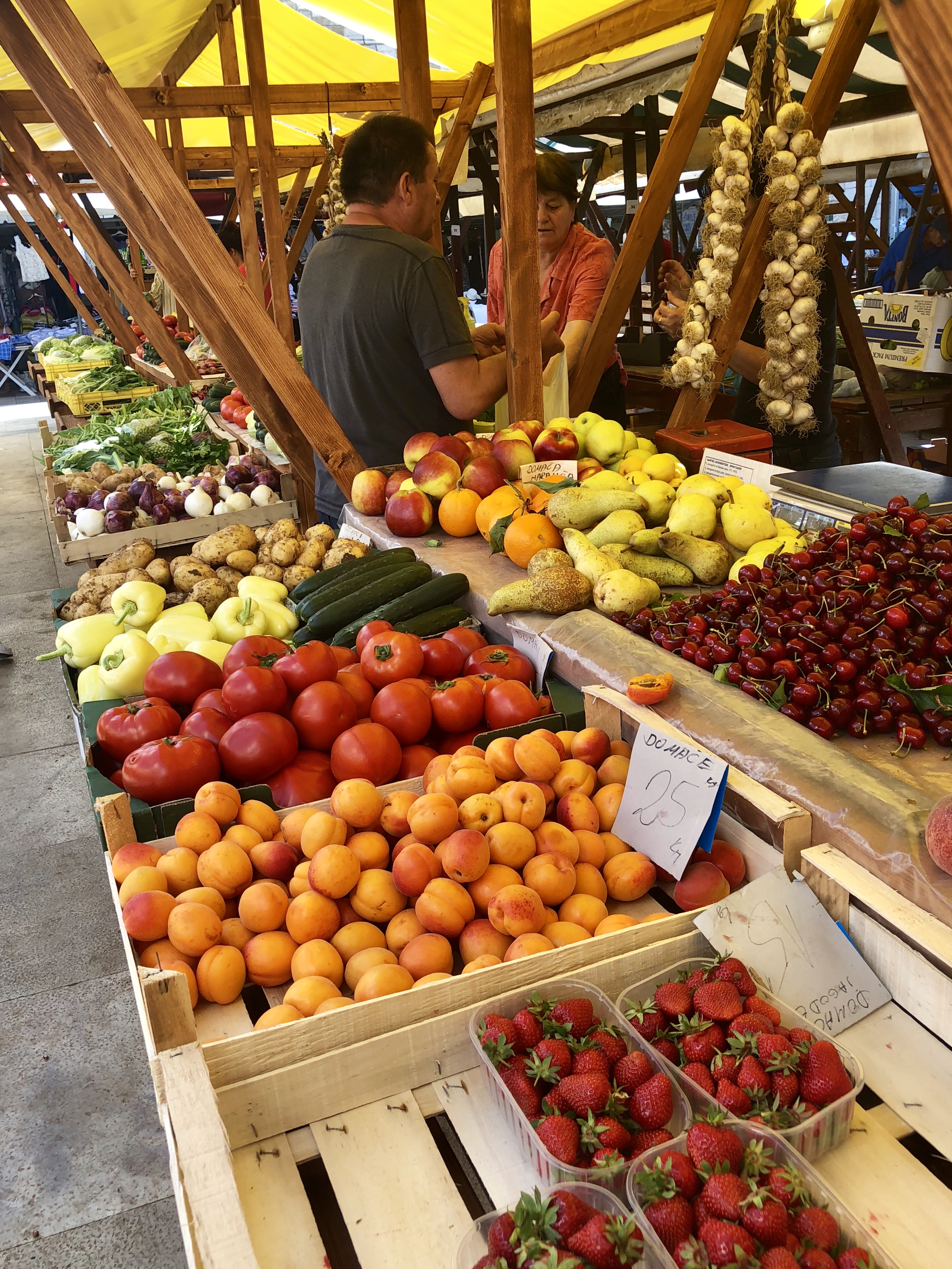 After a long day in the Plitvice Lakes National Park, every instinct told me to stay in bed and rest some more but as today is a National Chritian holiday and we were departing early tomorrow, I decided to splash some water on my face and head down to the outdoor market in Zadar. 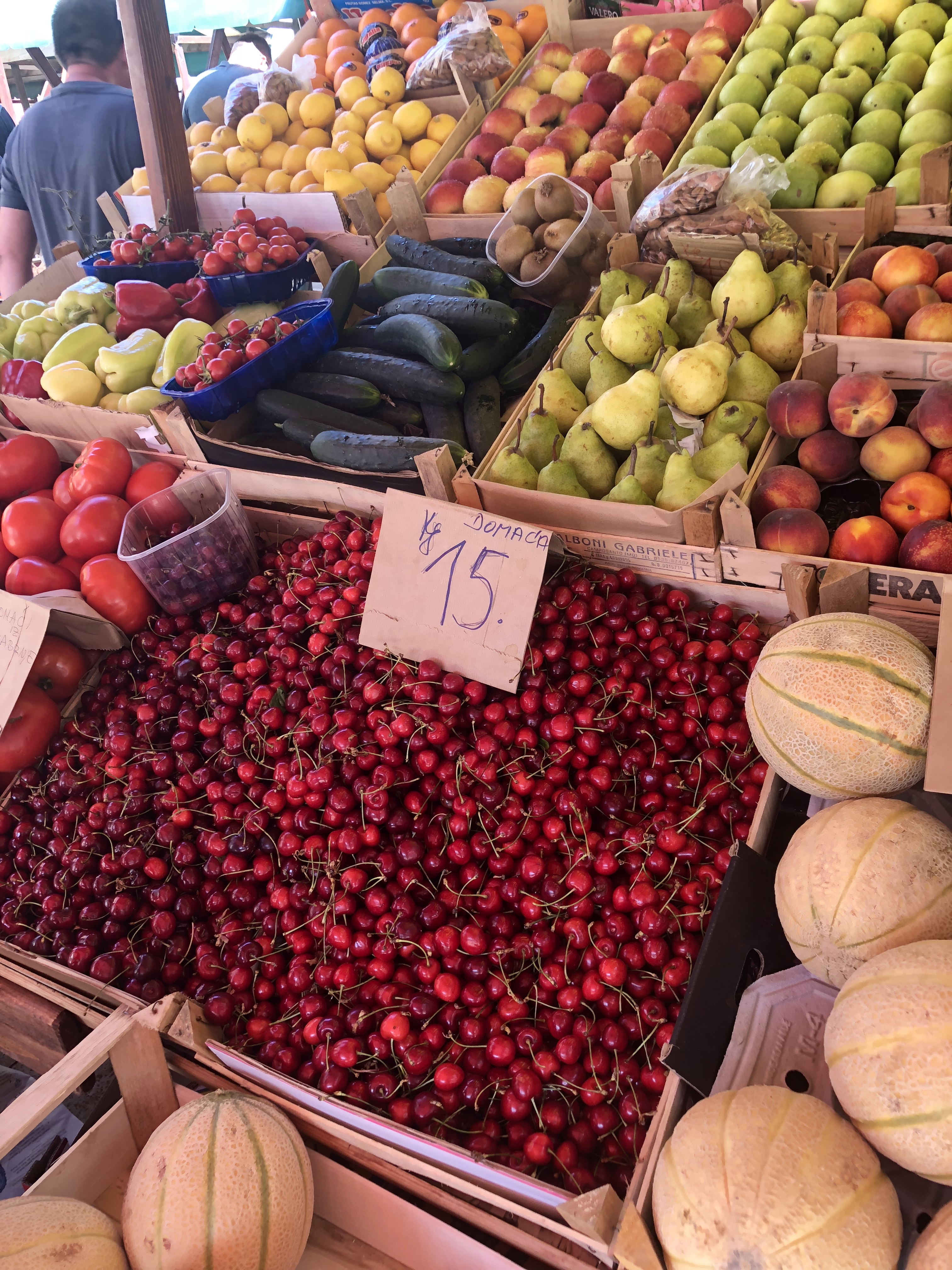 During National European holidays, most everything shuts down. Therefore the market stalls were only half occupied, however there were still locals out buying their daily fruit, vegetables, fish, meats, breads and cheeses. Americans do not shop for food on a daily basis. 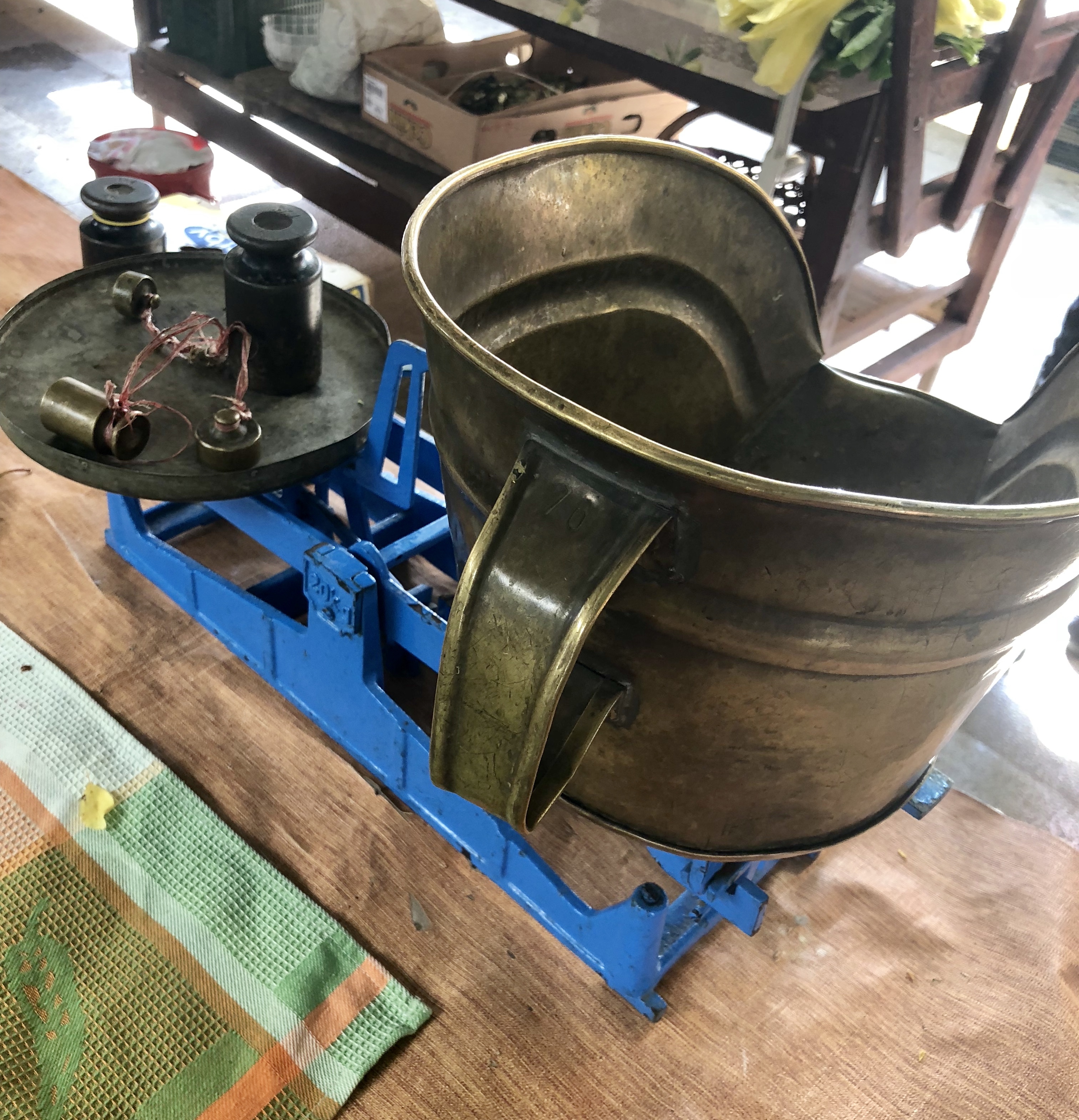 We tend to buy our vegetables and fruits once for the week. Here and in most countries that do not rely so heavily on pasteurization and refrigeration, families tend to buy theses types of items daily. Therefore what is purchased at market is consumed at the peak of freshness. Yes, you bet you can taste the difference.

Cherries were certainly the fruit of the moment. While it is not my overall favorite fruit, I certainly didn’t decline a taste from the stall owner when offered. It was totally delicious. I wasn’t sure where I was supposed to discard of the pit so I discretely palmed it in my hand and thanked the woman. 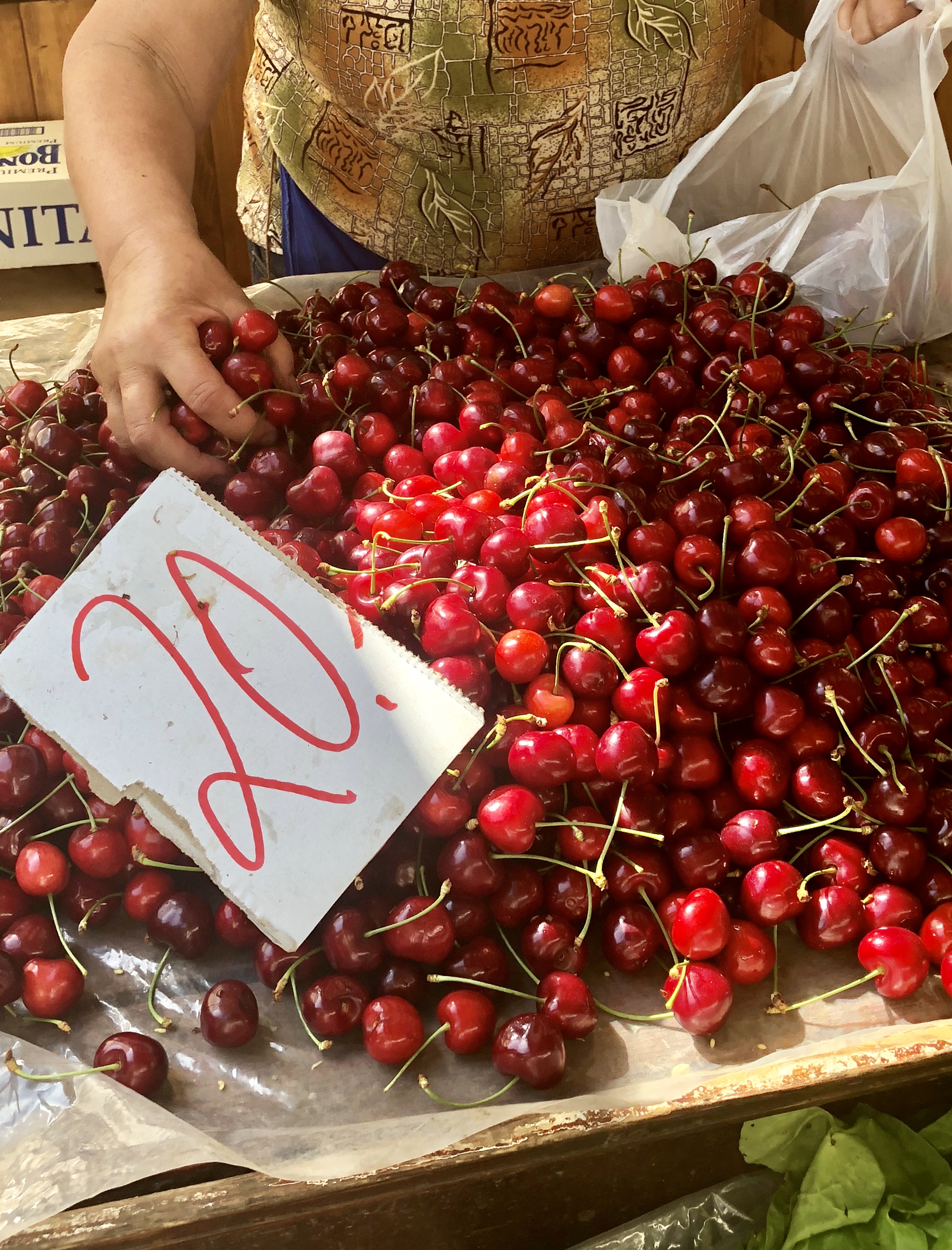 Walking through the market, I love observing what items they have brought from their farms for sale. Here on this stall, different shades of olive oil were being sold in reused plastic water bottles alongside jars of honey and bags of eggs. 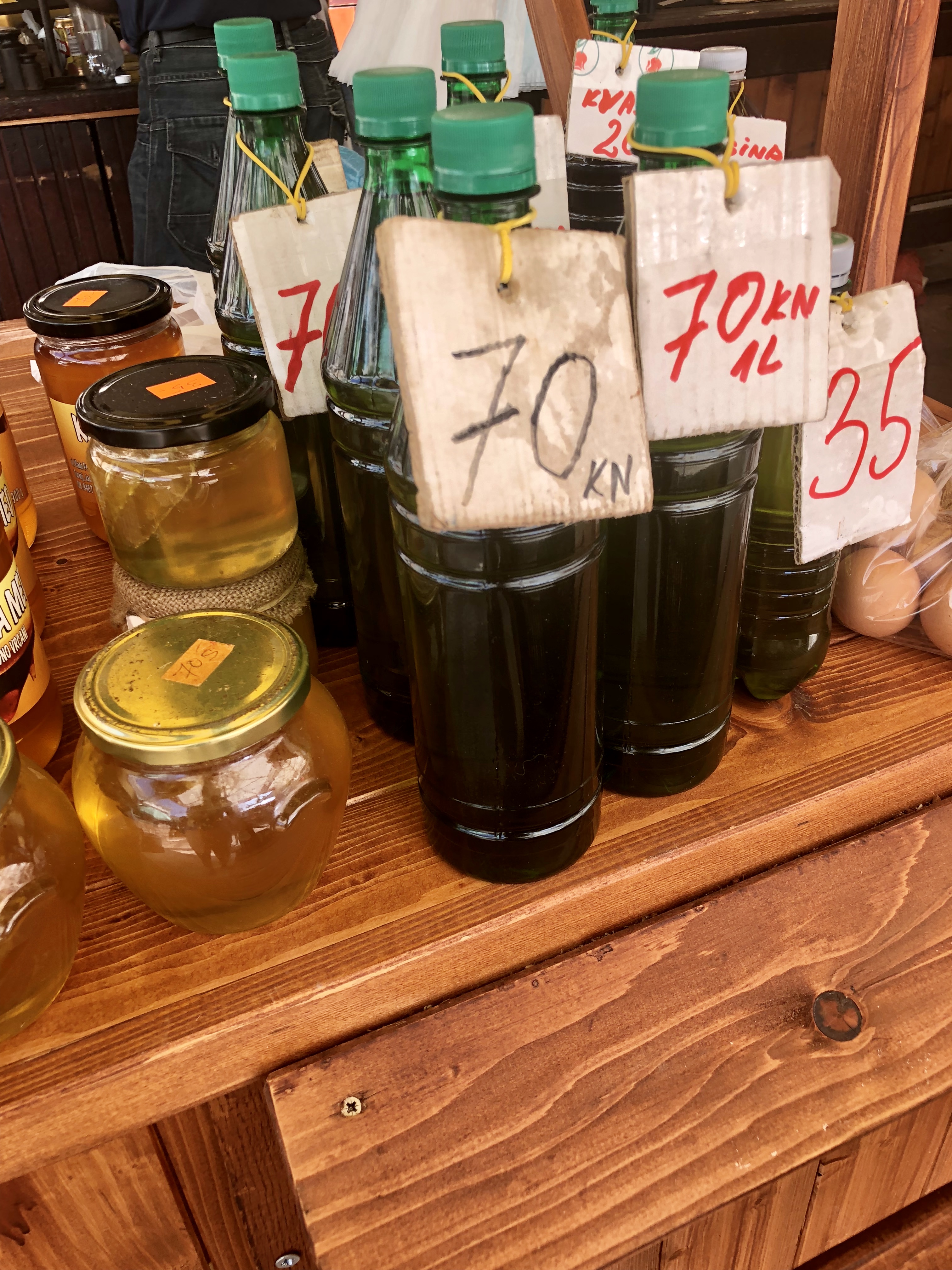 Here locals bought whole chickens and then waited patiently to have each cut up as needed. The beautiful color of these chickens you don’t see often in the States even for free range birds. 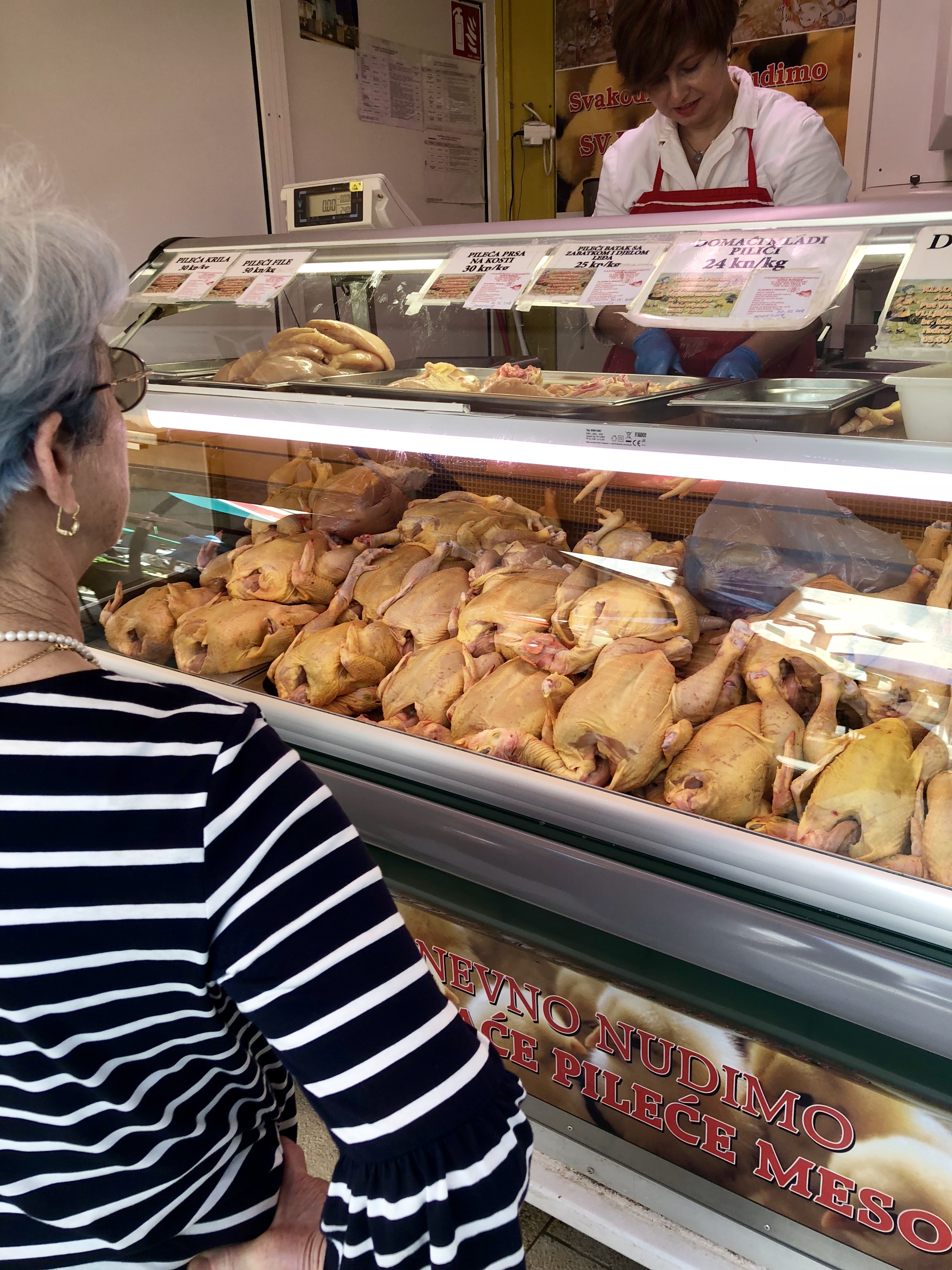 The fisherman’s stalls were not very populated this morning but everything looked just caught and fresh. 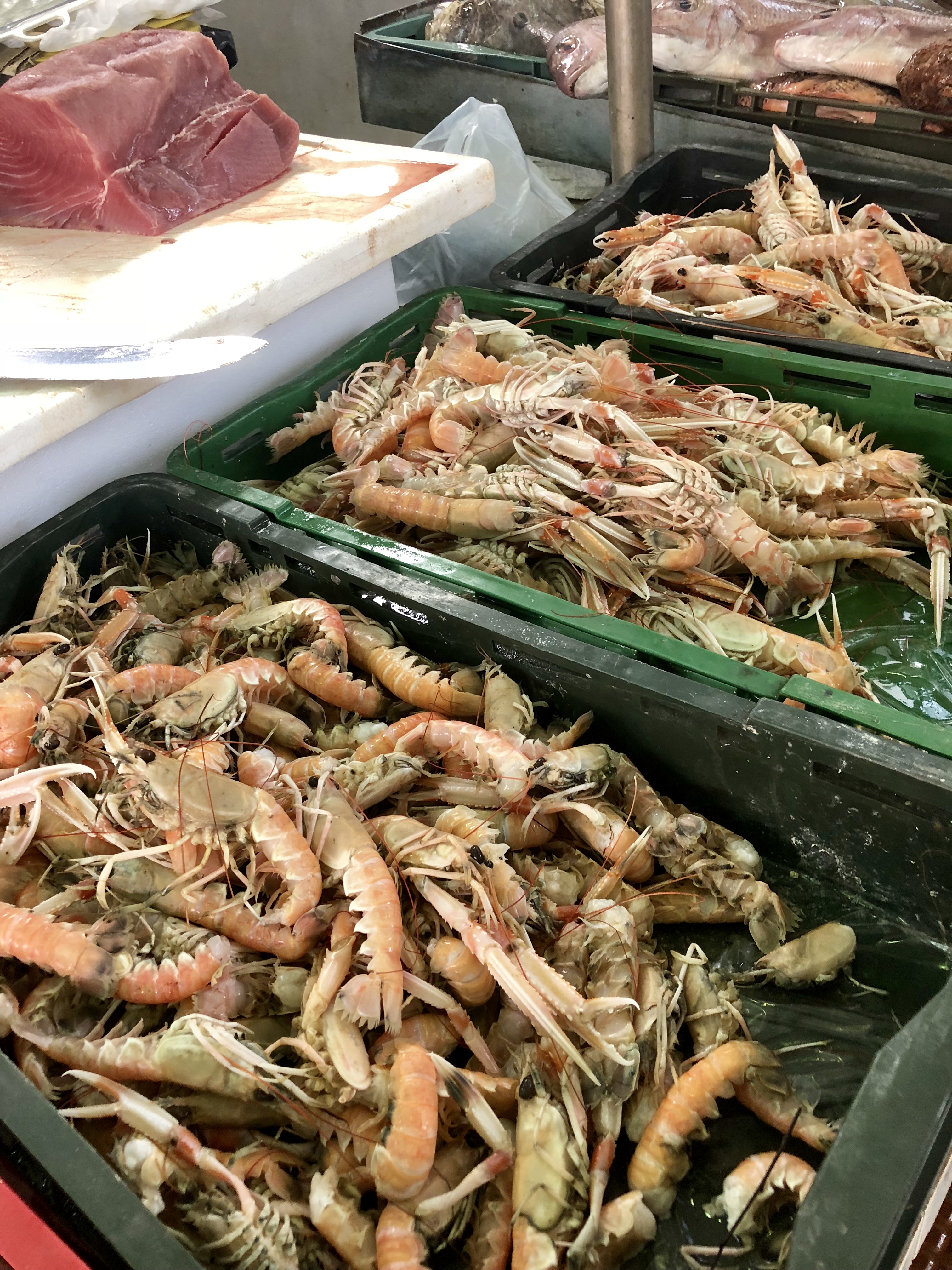 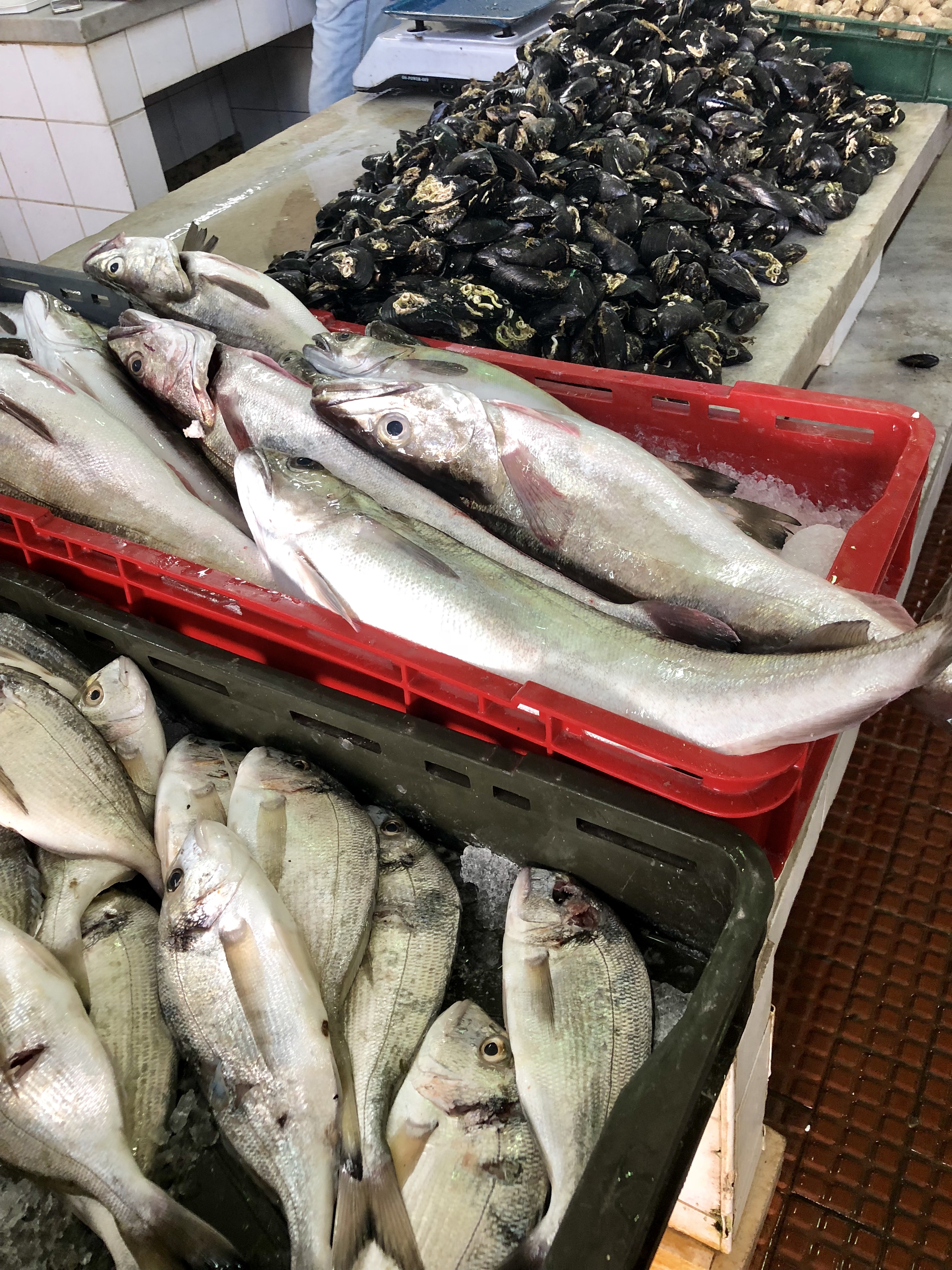 At the cheese stall, the cheesemonger and I bonded quickly. He knew how to make a sale as he allowed me to taste a piece of cow and sheep cheese called Zigljen. I can now see how a croatian cheese won the world championship cheese contest! 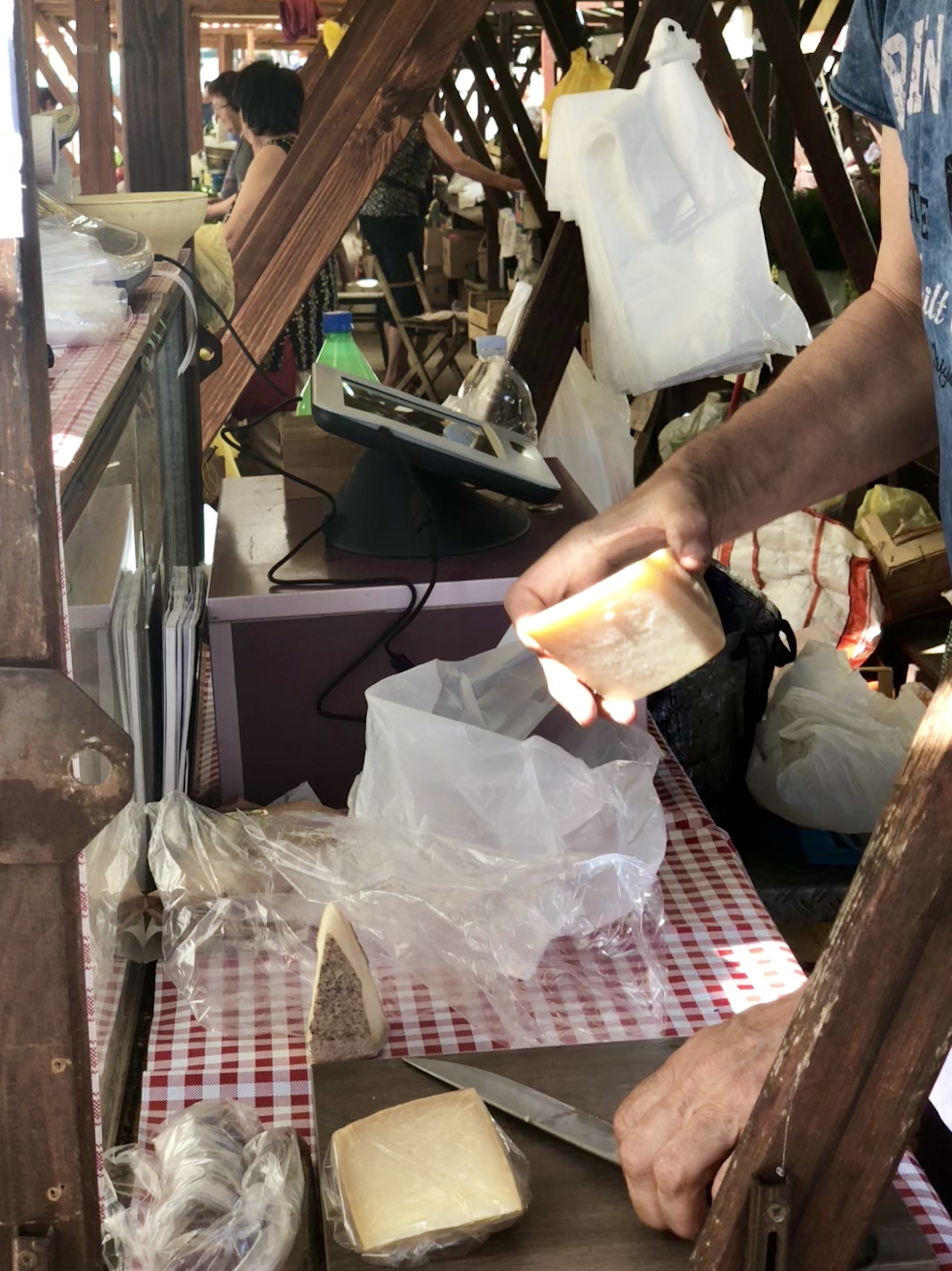 There was also a goat and sheep cheese combination which was less soft and much sharper. While in Rovinj I had eaten the Istrian cheese with black truffles which were divine although I didn’t see any here for purchase. 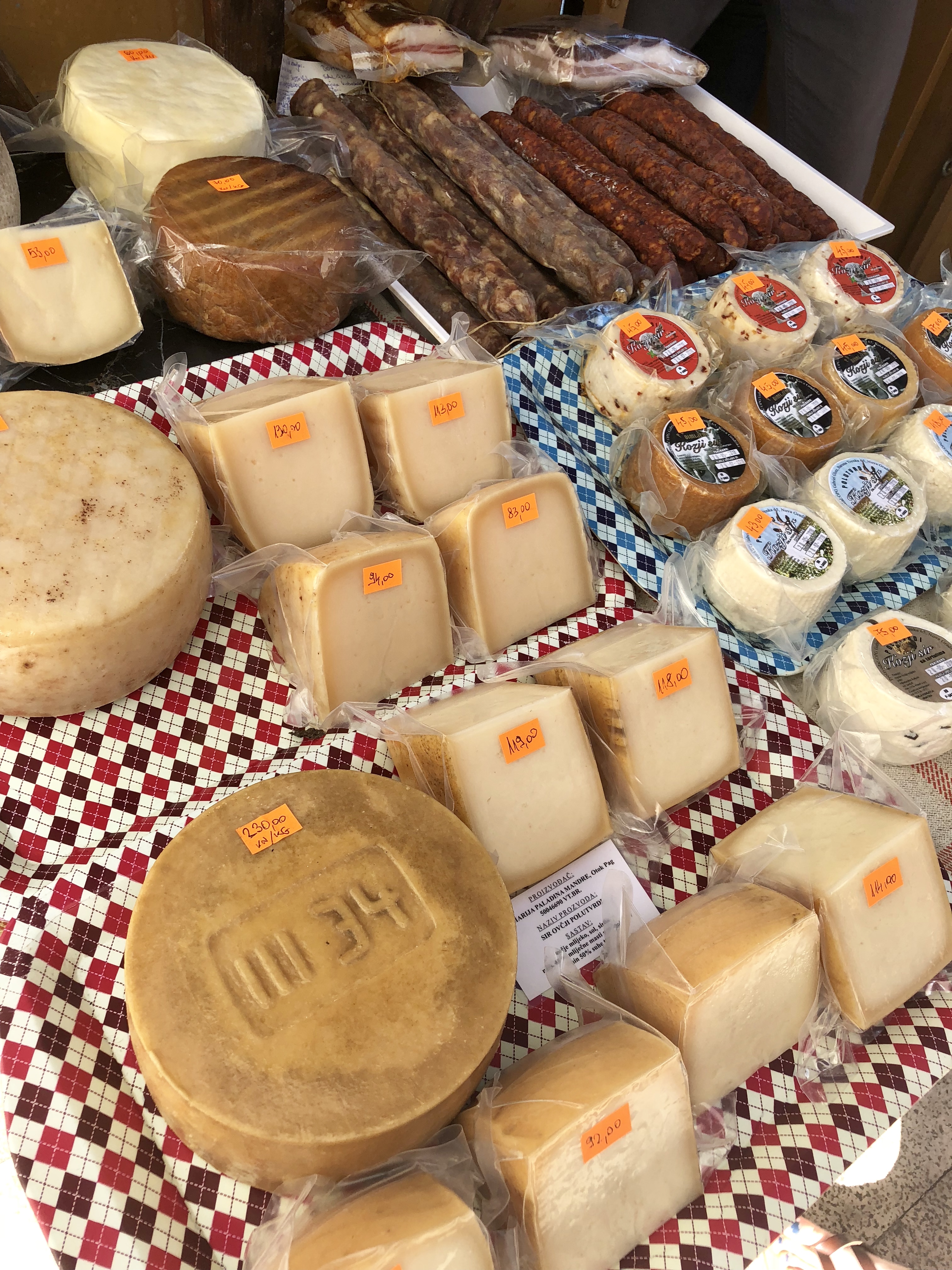 The air in the streets of Zadar town has a unique perfume to them.  I kept stopping to smell the different flowers at the floral stalls but couldn’t figure out where the smell was coming from? Apparently in June with a consistent level of heat, the local Linden trees release their fragrance which fills the town with this lovely smell. 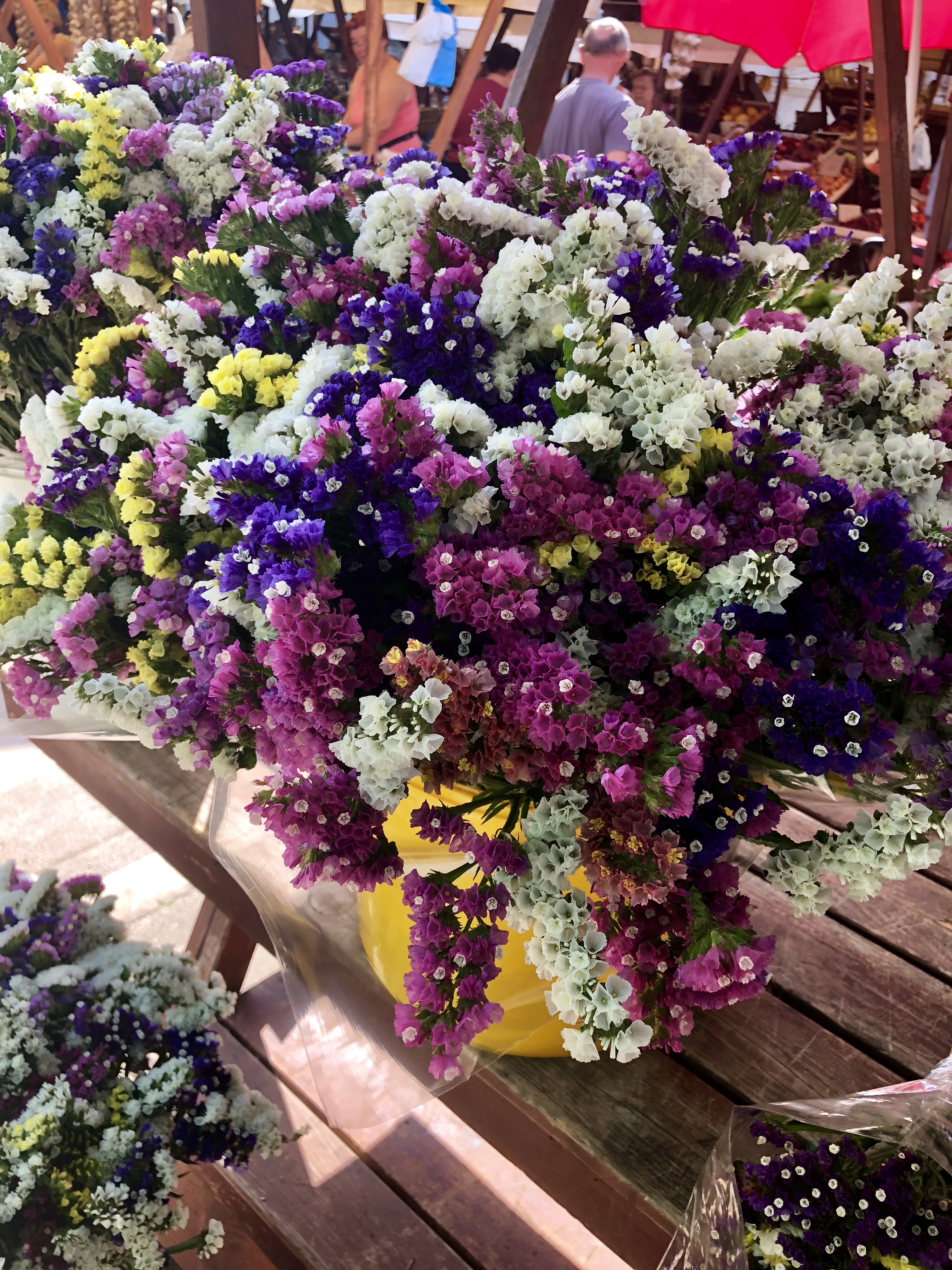 It was worth getting up early to see the market. Highly suggest it if you are in Zadar, Croatia 🇭🇷!