I’ve heard a lot of great things about Vietnam recently. Visiting this country has been on my Asia bucket list for the last few years. I had heard of the stunning landscapes, cultural highlights and amazing cuisine. 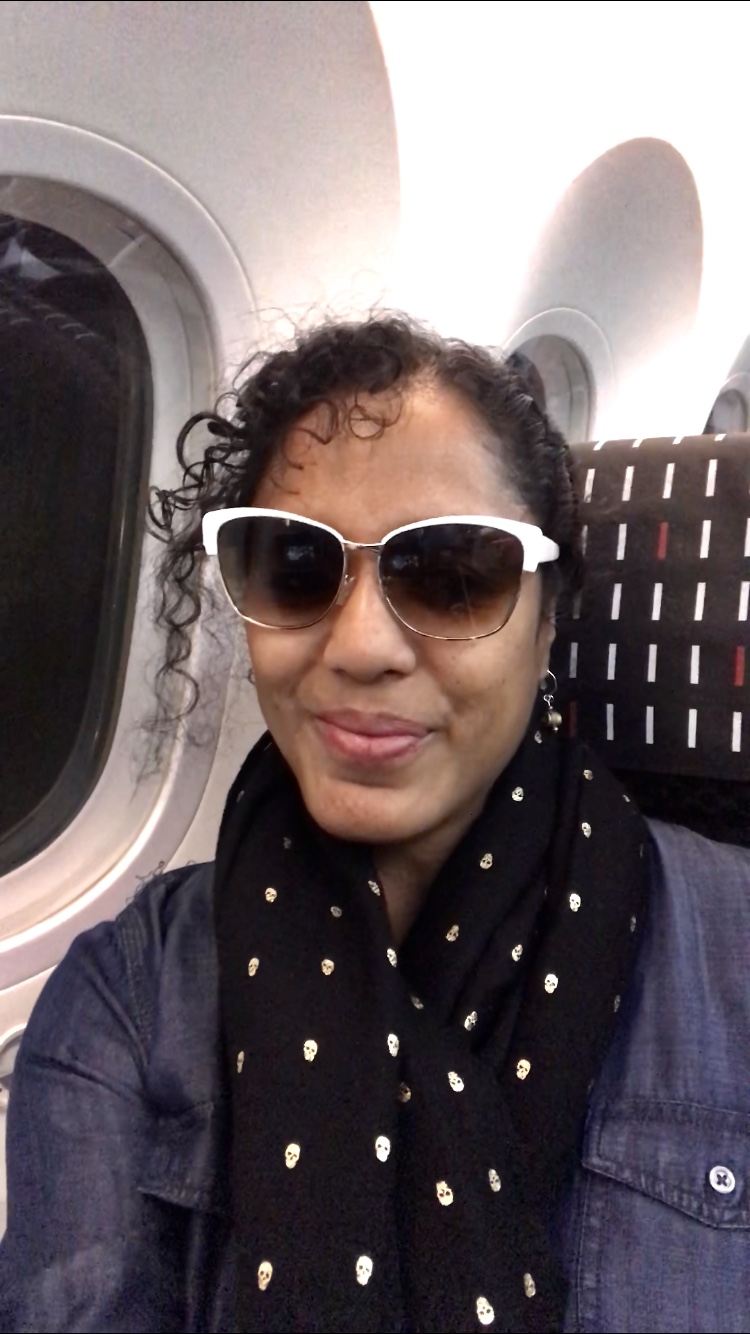 Locked and loaded for the flight to Vietnam

Let’s be real, I couldn’t wait to get some of their delicious food! 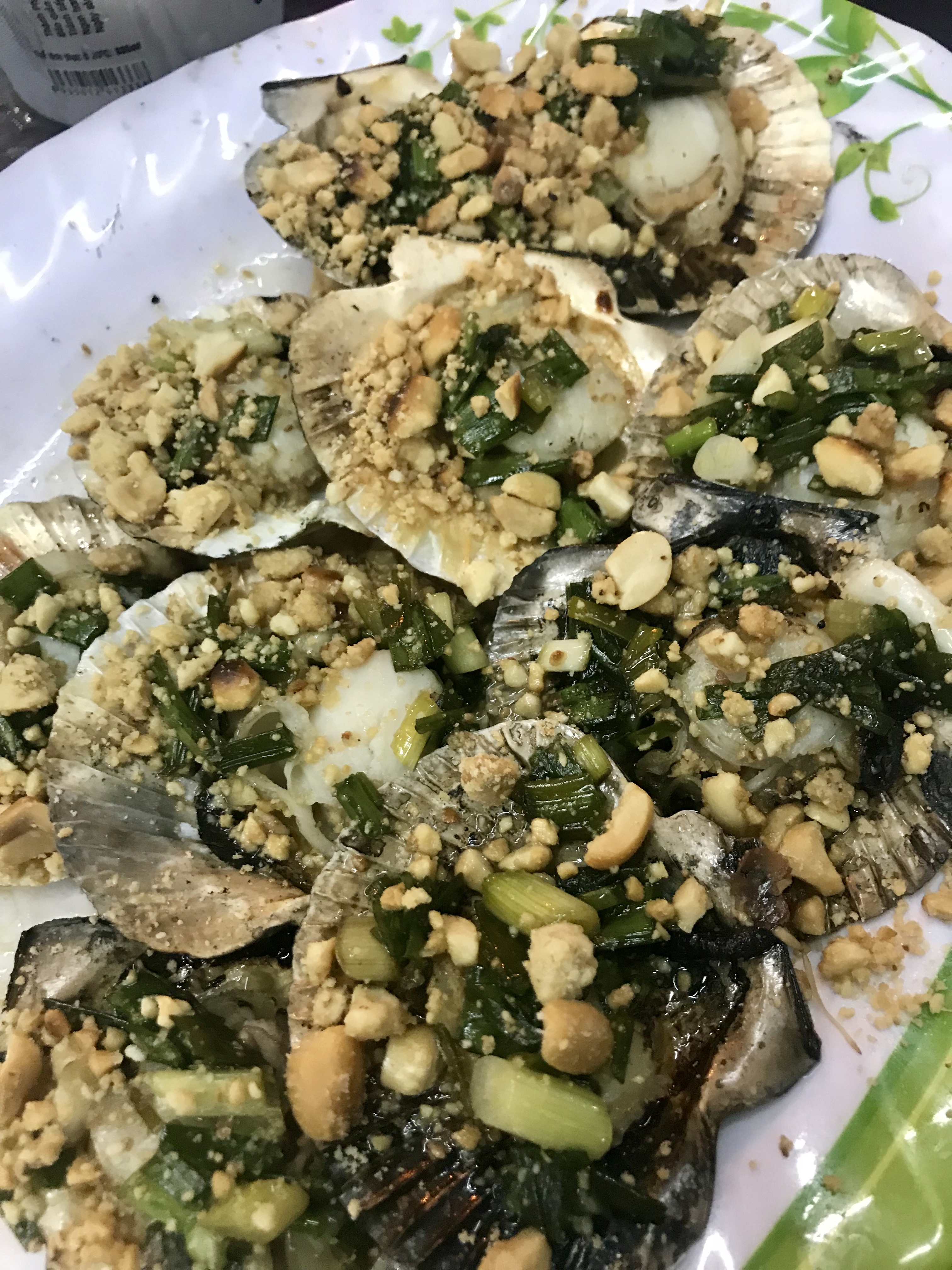 But before we get to how my day was and to the foodie parts let me get one rant out of the way first.

Most of what I know of Vietnam is from high school history class. While history books in the early 80’s advised of the conflict, most glossed over how this country holds such a brutal history with the United States. Not a necessarily a propaganda situation, but come on, most US history books told history from a biased US slant. 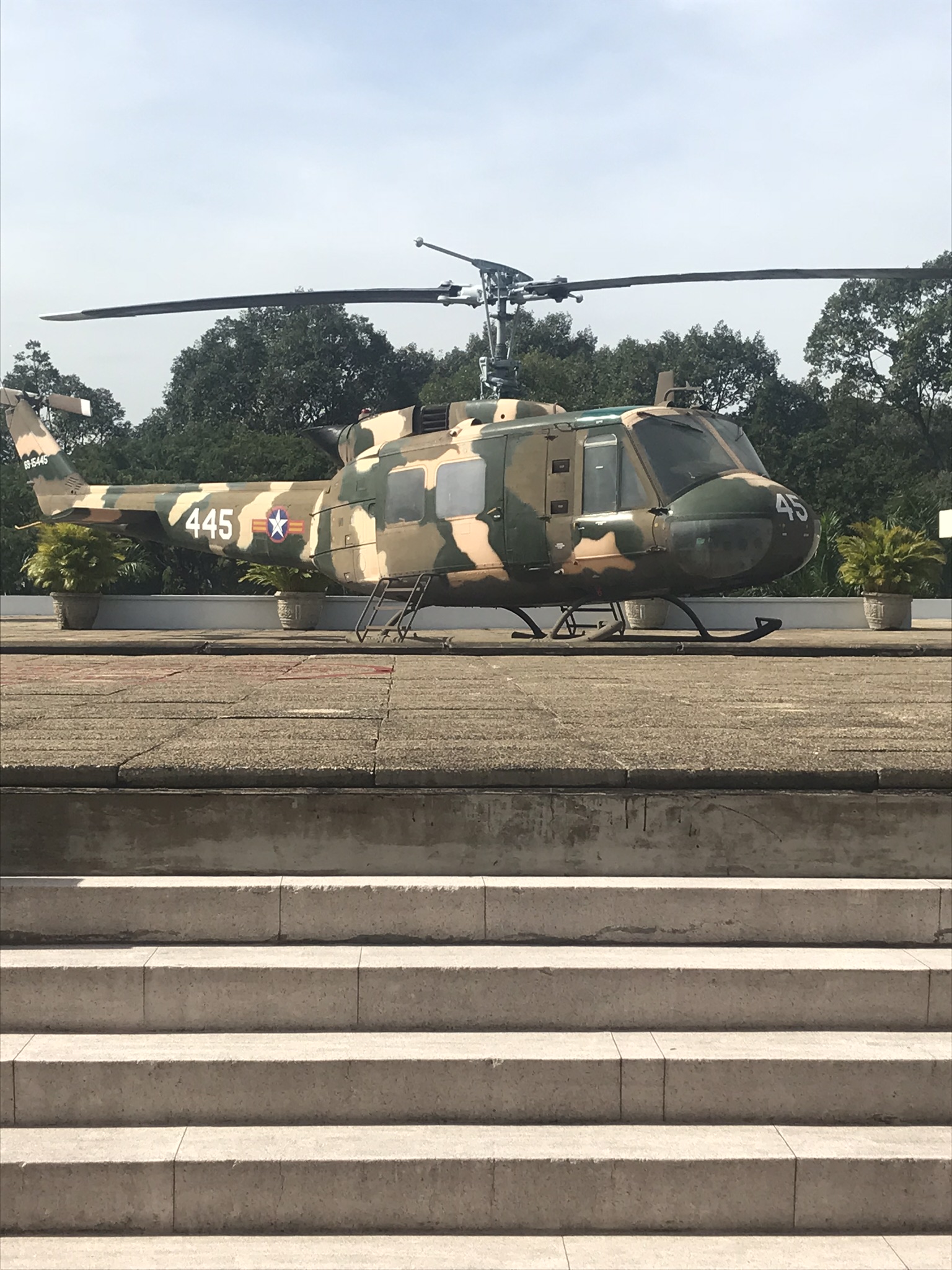 The Vietnam war we refer to in the US here in Vietnam, is known as the American war. Just like other injustices still prevalent in the US such as discrimination, for many Vietnamese, the US conflict is still fresh in their minds. 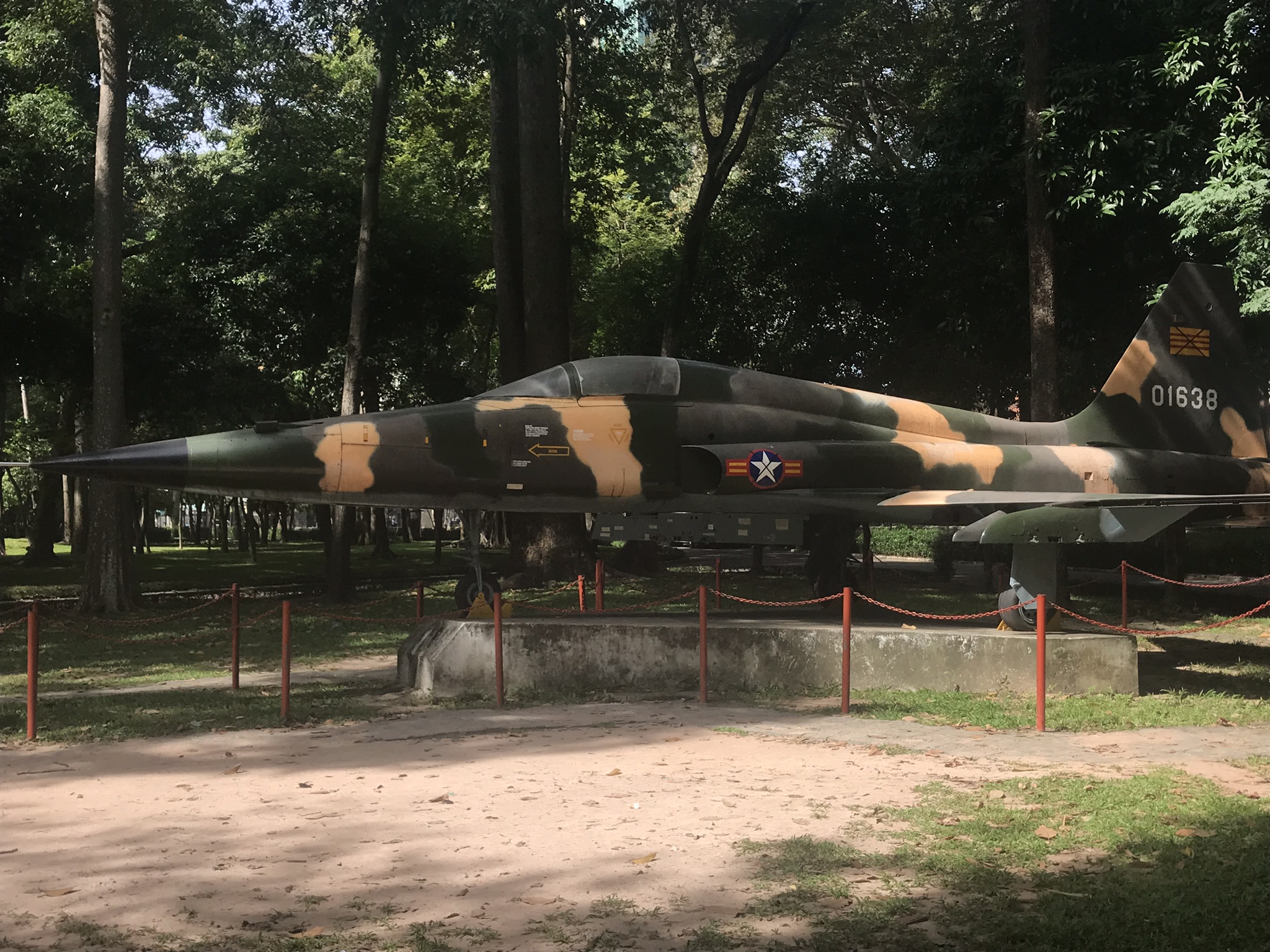 For instance, busloads of tourists, show up to marvel at the Cu chi tunnels, the Viet Cong’s Base for the Tet Offensive in 1968. These tunnels are where soldiers lived in, hid in and fought in, for years. While the travel guide must discuss the war daily over and over, they also must watch tourists, many of them Americans, as they try to squeeze their fat asses into the tiny hidden entrances and tunnels, all the while snapping iPhone photos and laughing. I can’t ever recall hearing anyone laughing in the African American Museum in DC. All I can say is, don’t be the ugly American! Show a little respect.

However, while I chose not to visit the tunnels due to time constraints,  I did hear all about these touristic examples from my scooter tour guide.

So with only two full days in the city, I visited a few museums.. 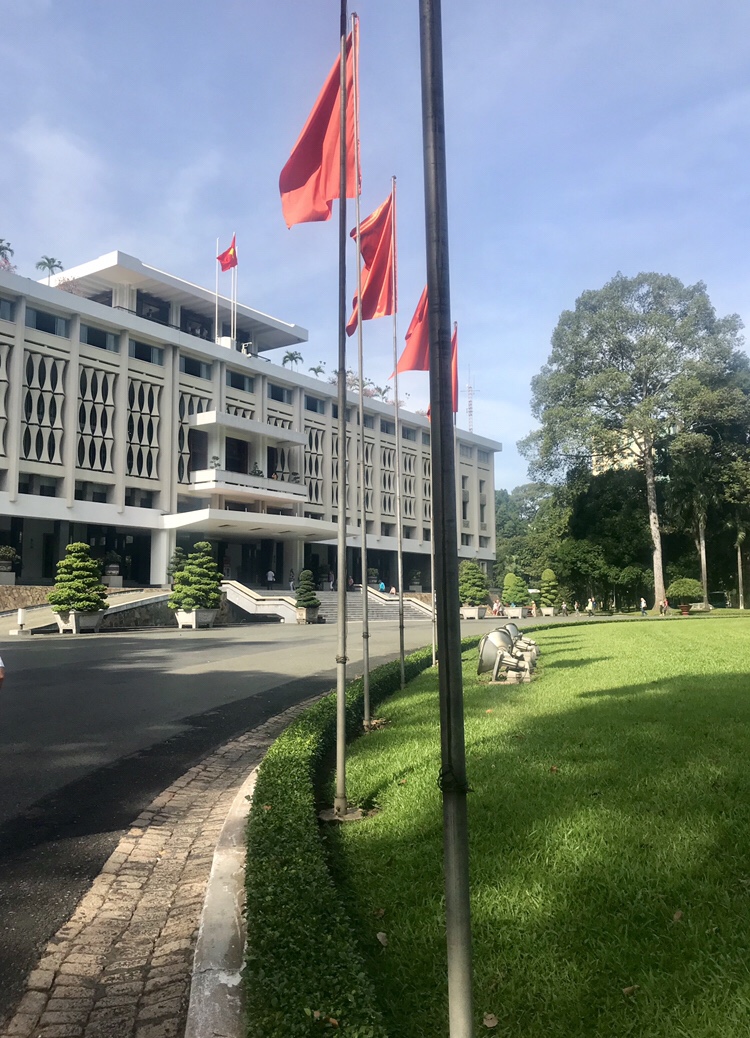 Although my priority later fell to other matters involving FOOD. 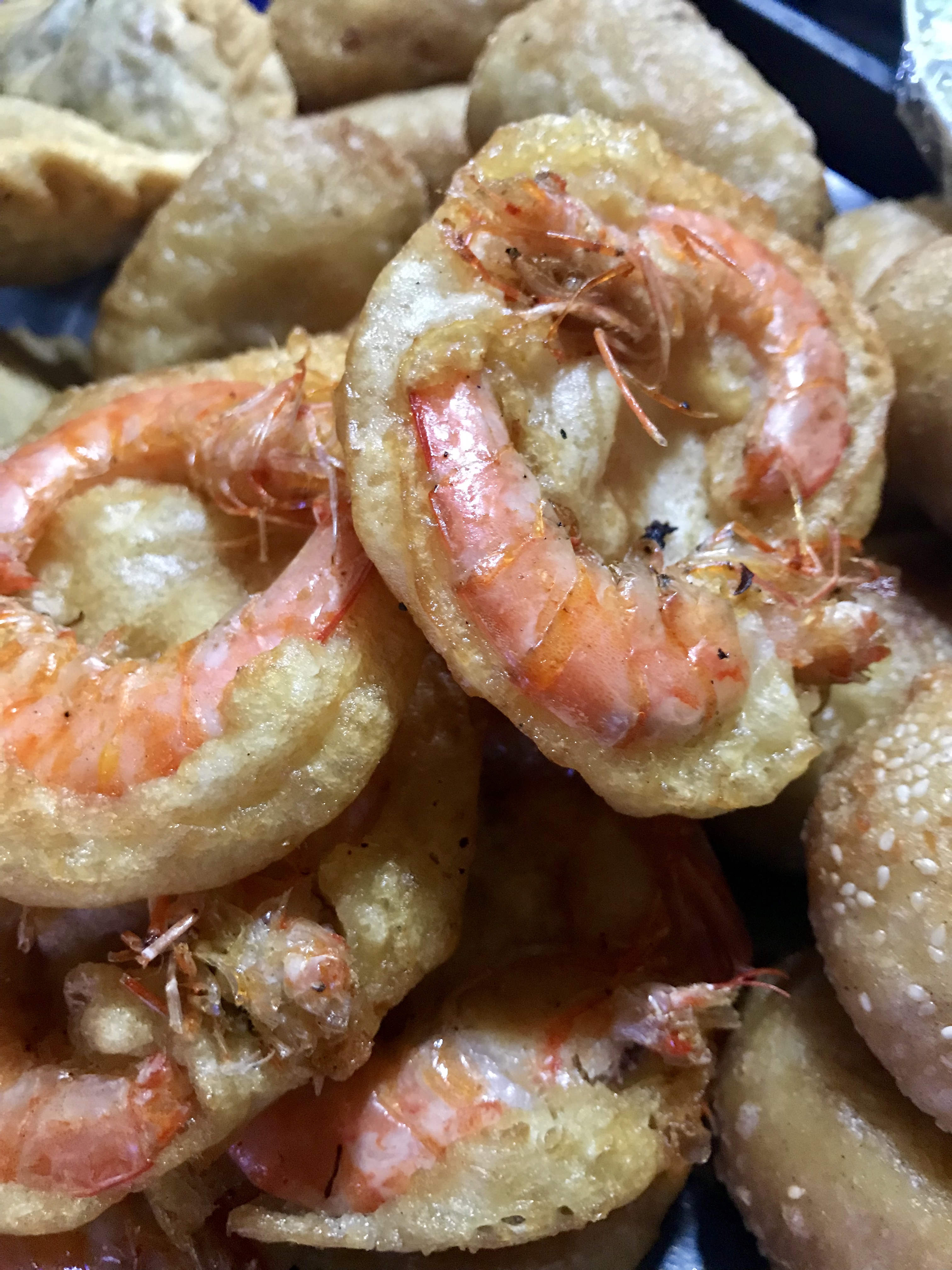 My hotel was centrally located to all of the sights. This proved to be important as it was hella hot each day. Temperatures climbed up to 90 degrees Fahrenheit. They say Saigon has one temperature – “hot and hotter”! 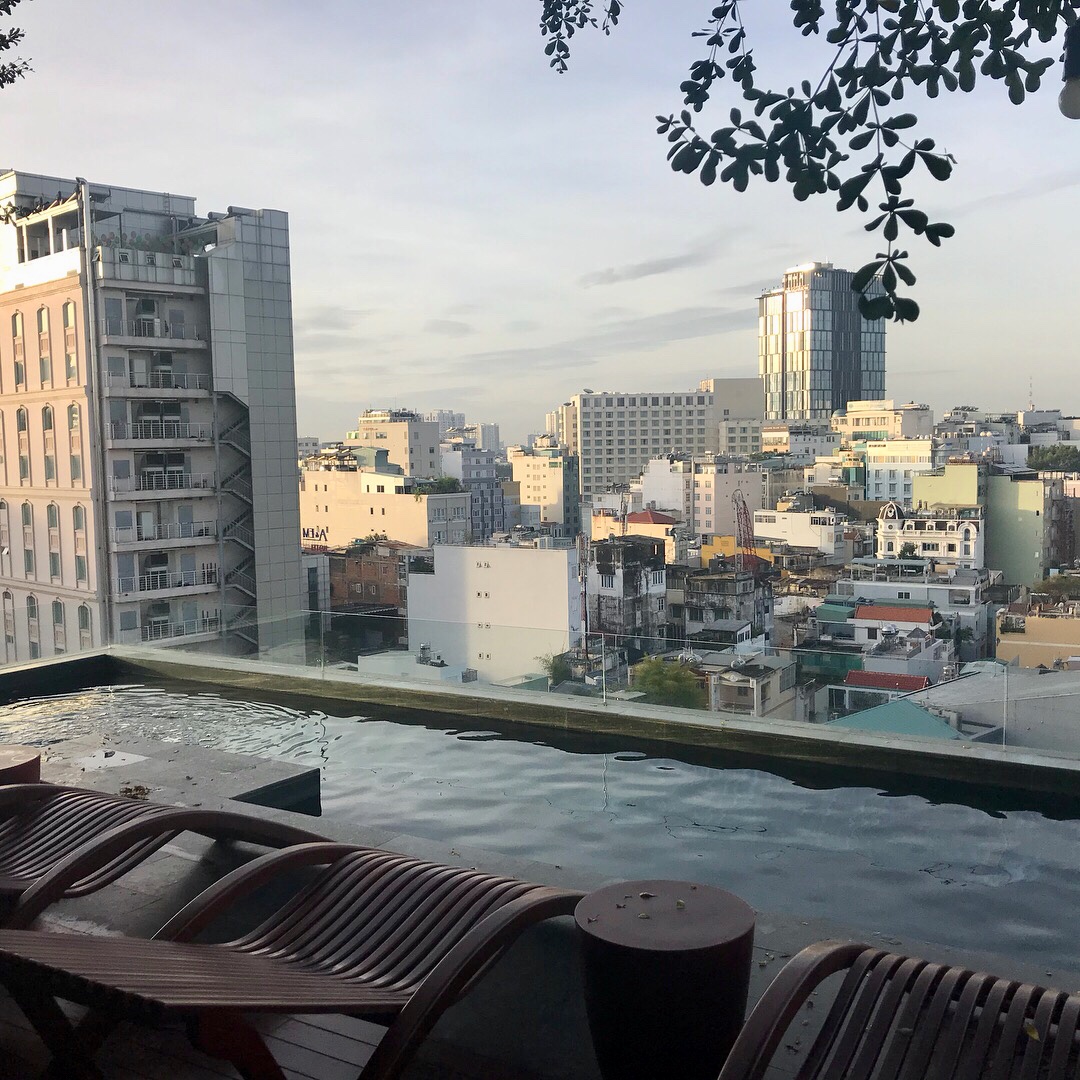 View from the hotel pool area

On top of the heat was an oppressive humidity which frizzed my curls into a hot mess! The second day I got wise to start super early in order to do any walking, starting with the Independence Palace. 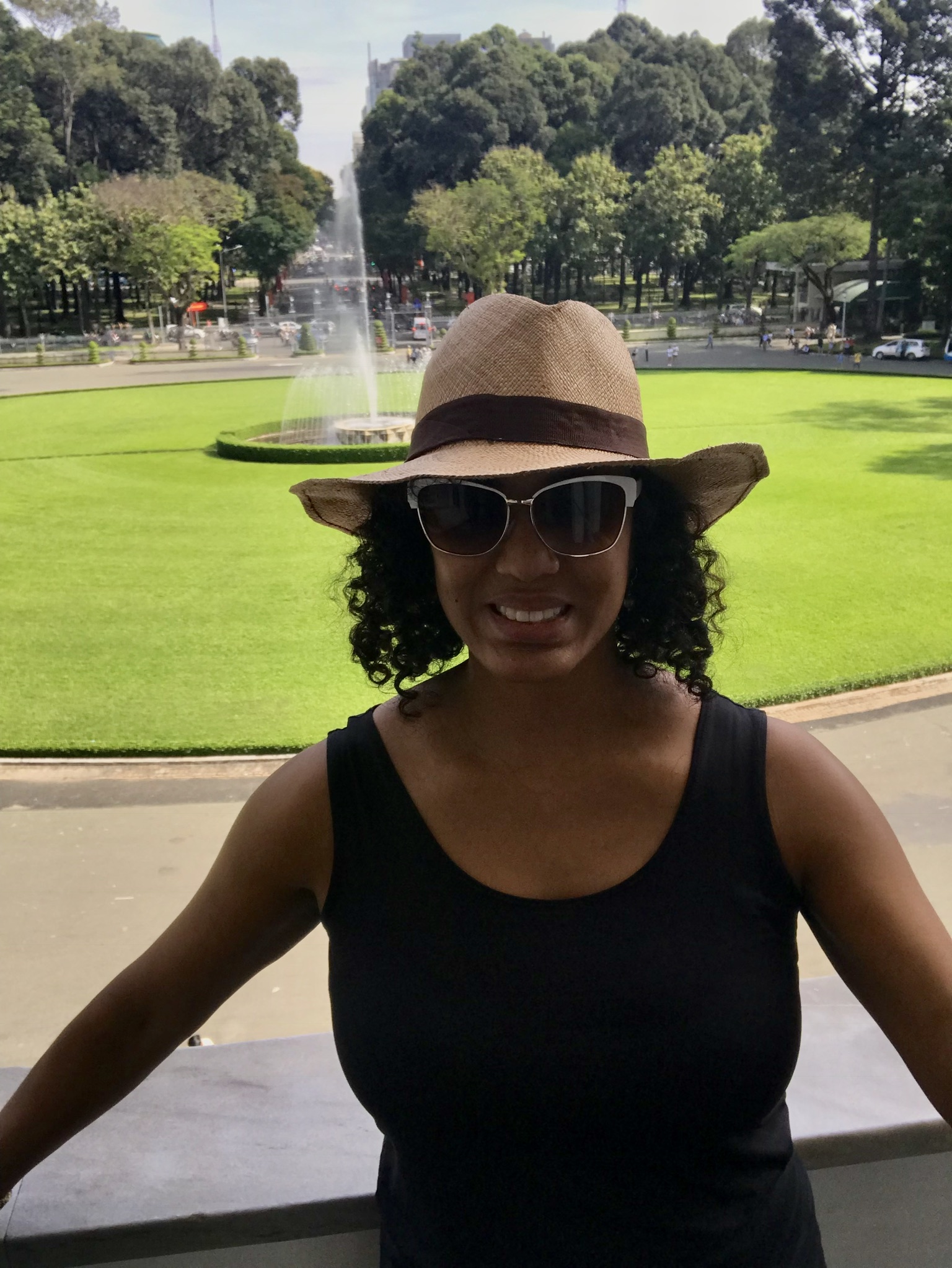 Wasn’t much to see at the palace except empty cordoned off rooms whose plaques described their previous uses during occupation. For around $2 admission, I certainly didn’t mind being out of the sun. 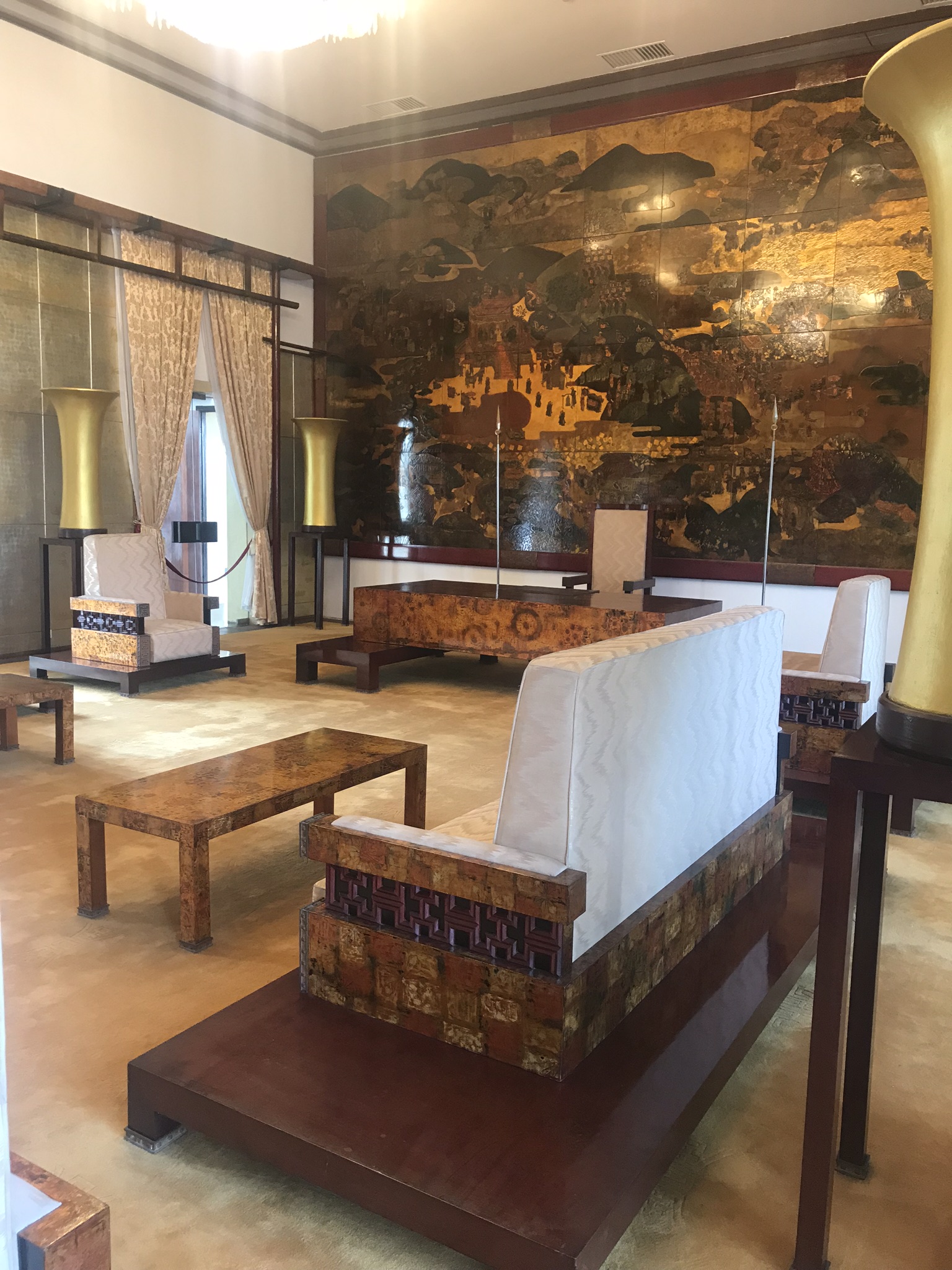 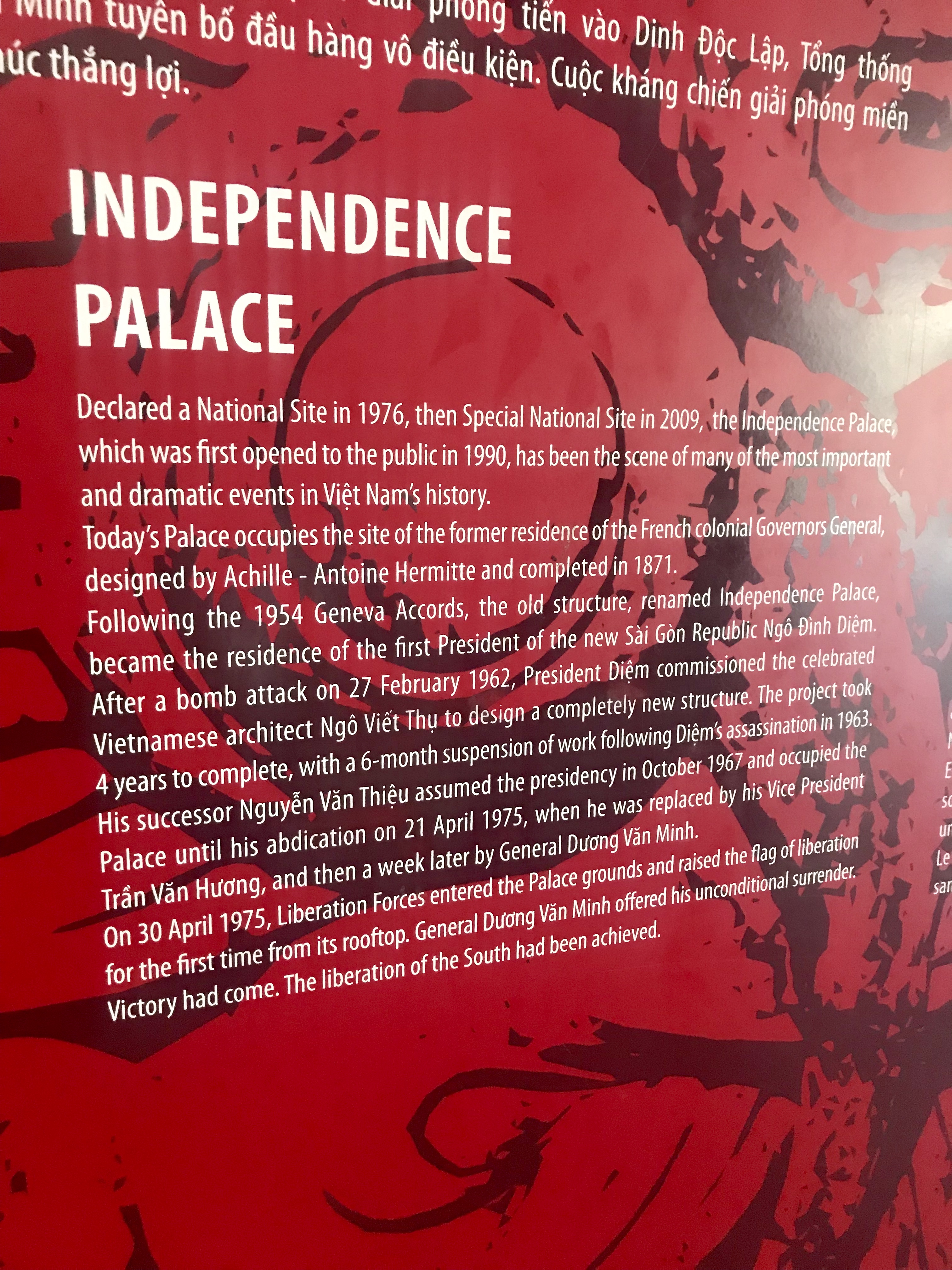 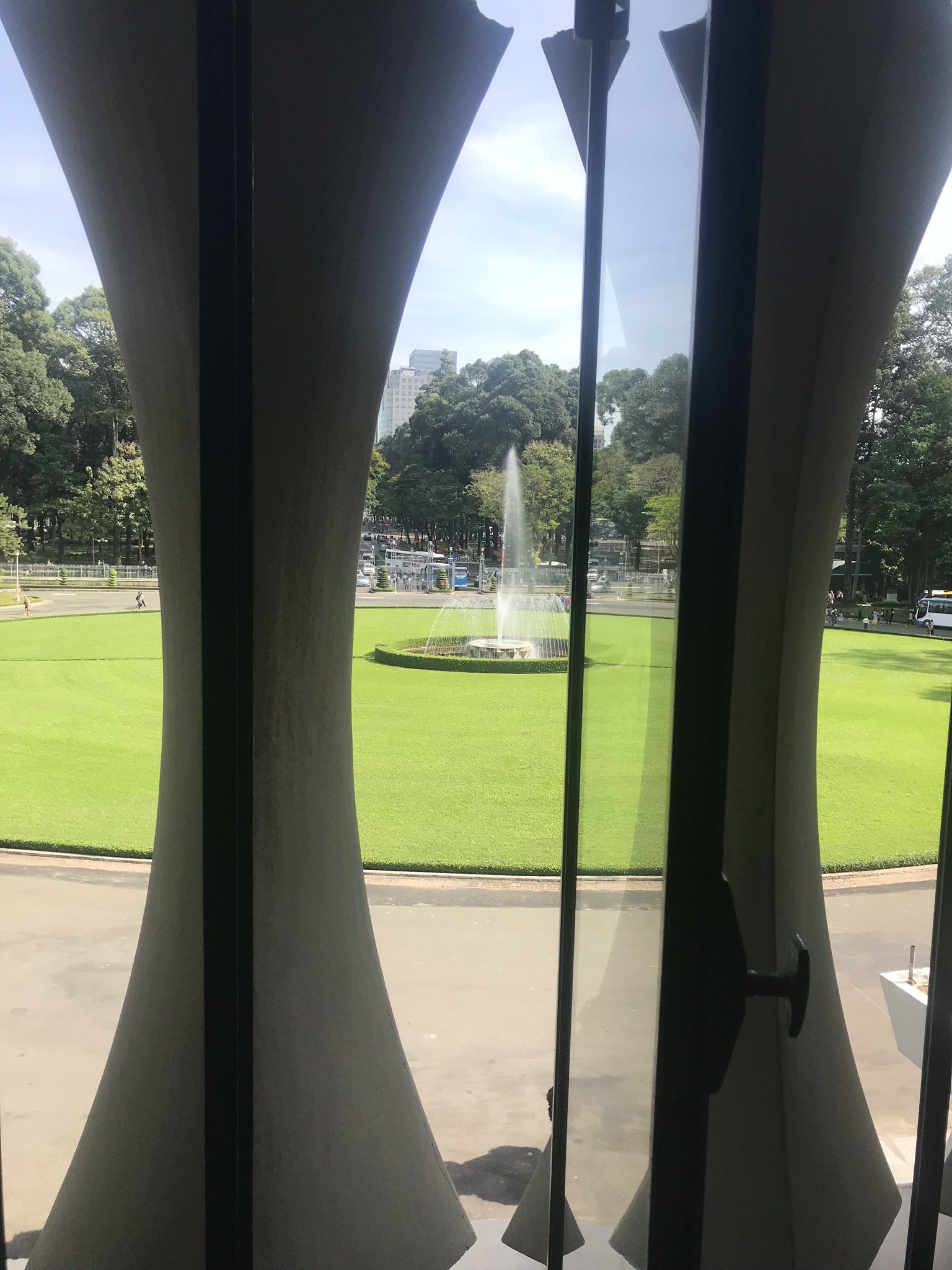 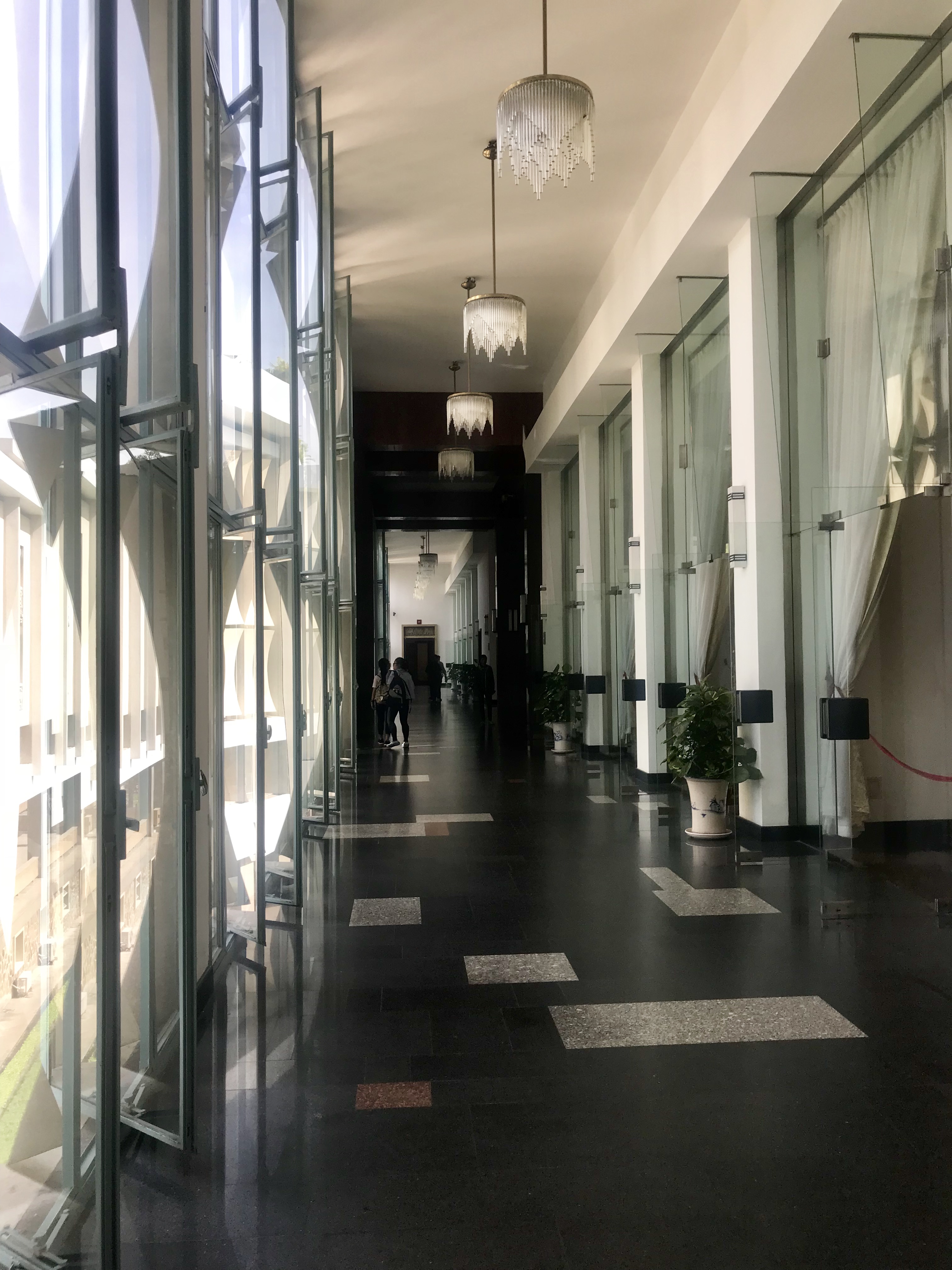 Got a great view however from the 2nd floor terrace with a nice breeze. 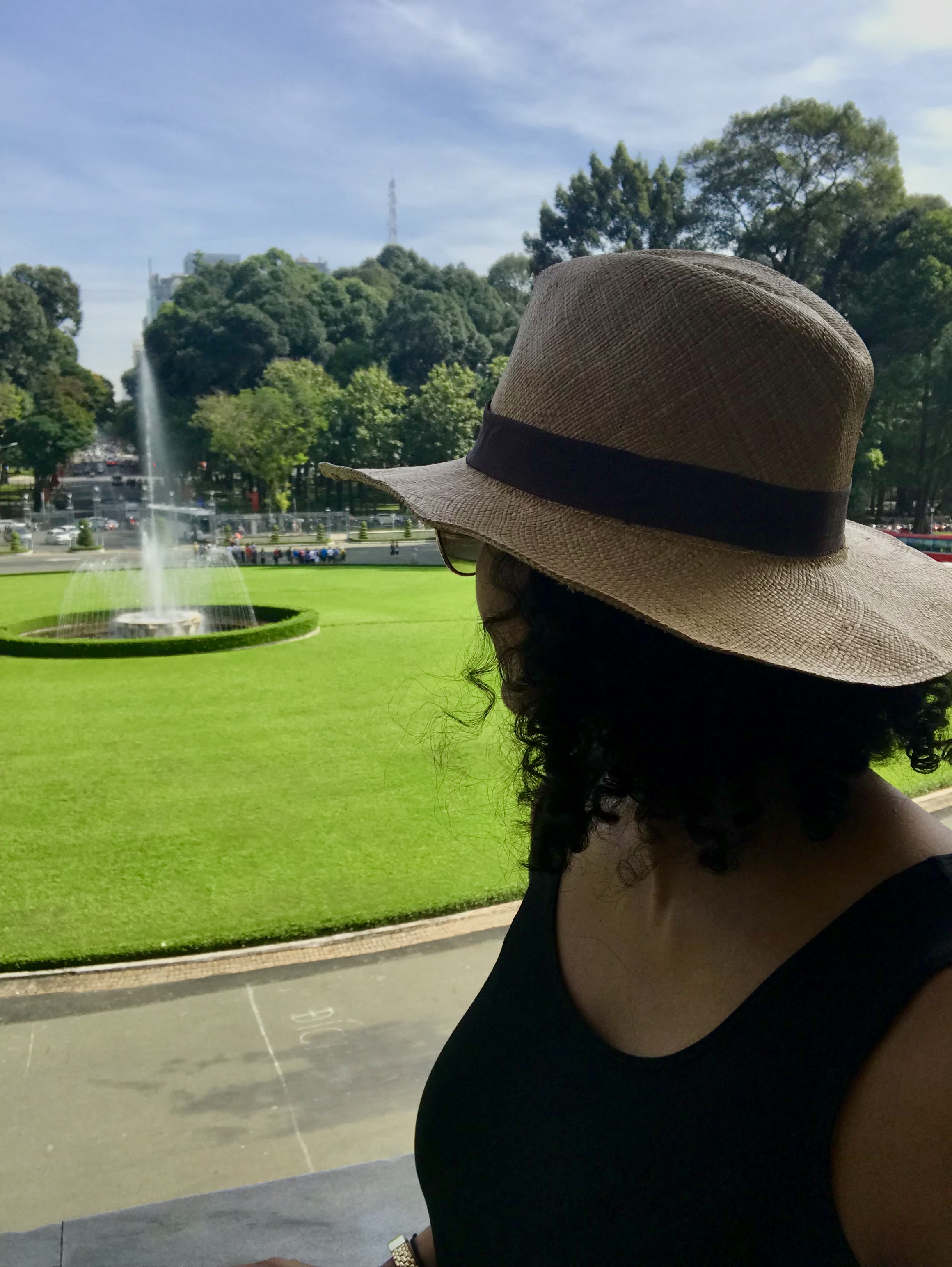 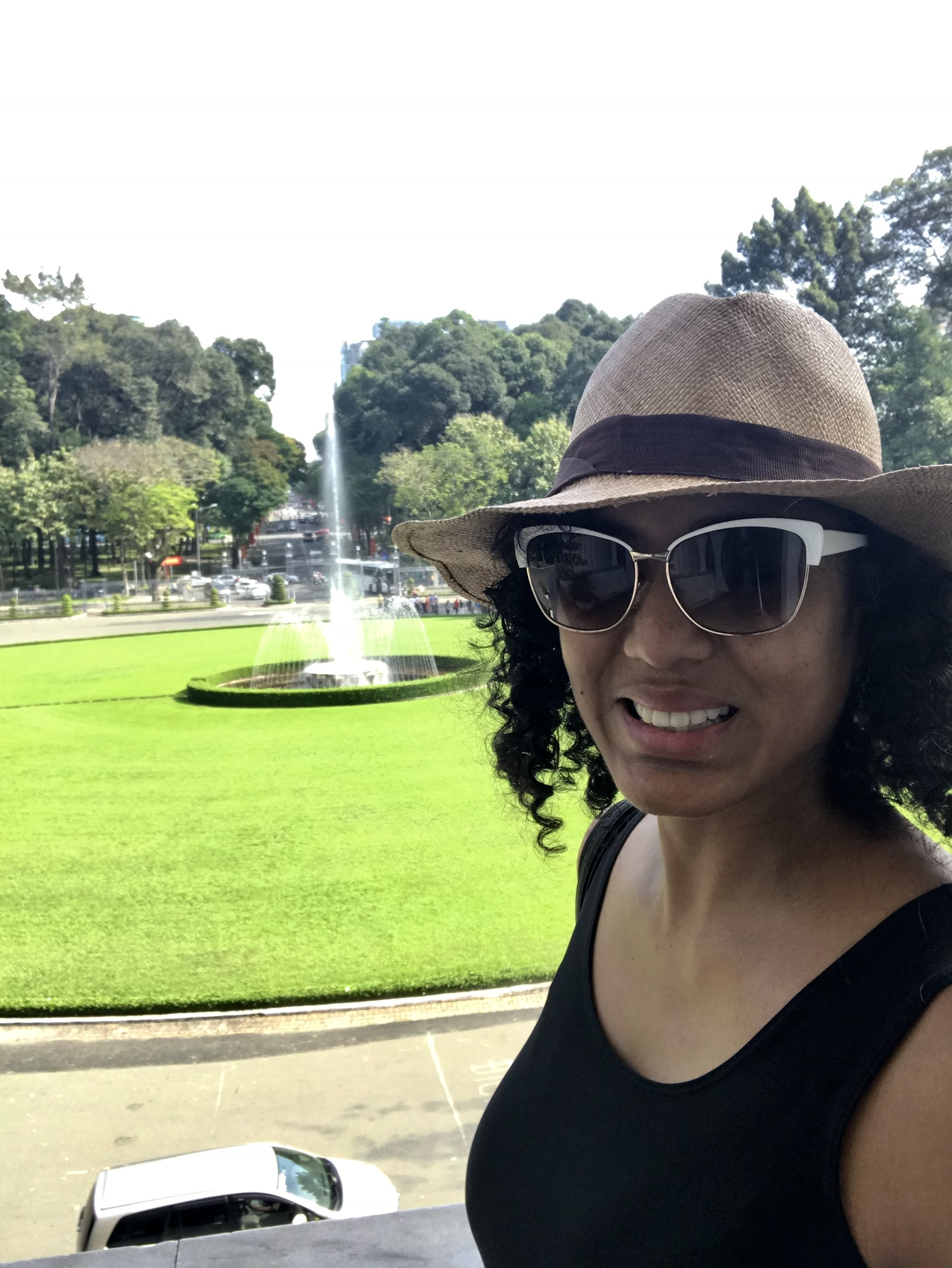 Afterwards, I walked past the cathedral (currently closed for renovations). Since I’ve seen the true Notre-Dame, I wasn’t too disappointed by the closure. 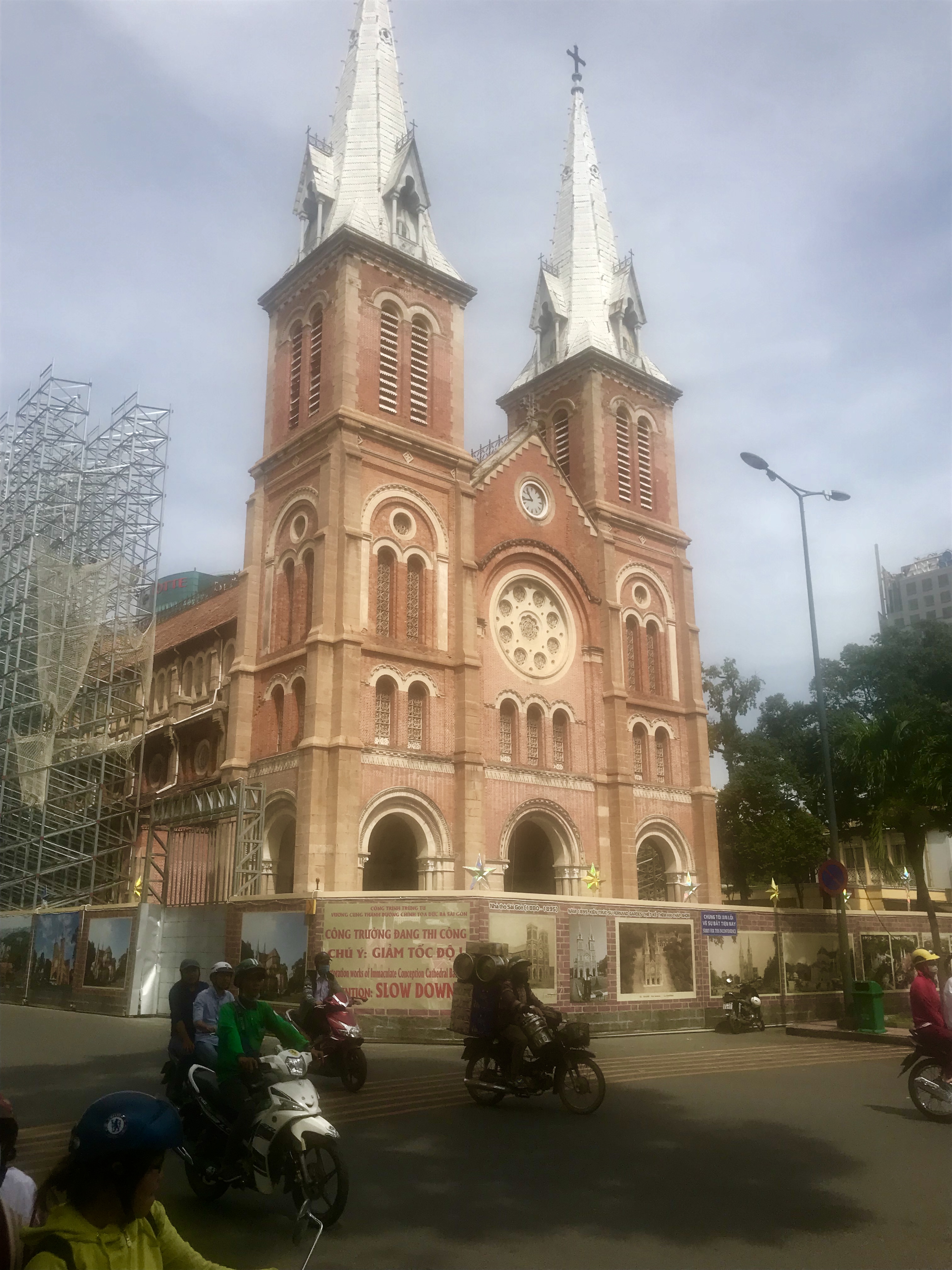 Moving towards the Opera house, I stopped for iced Vietnamese coffee at the Propaganda Cafe. 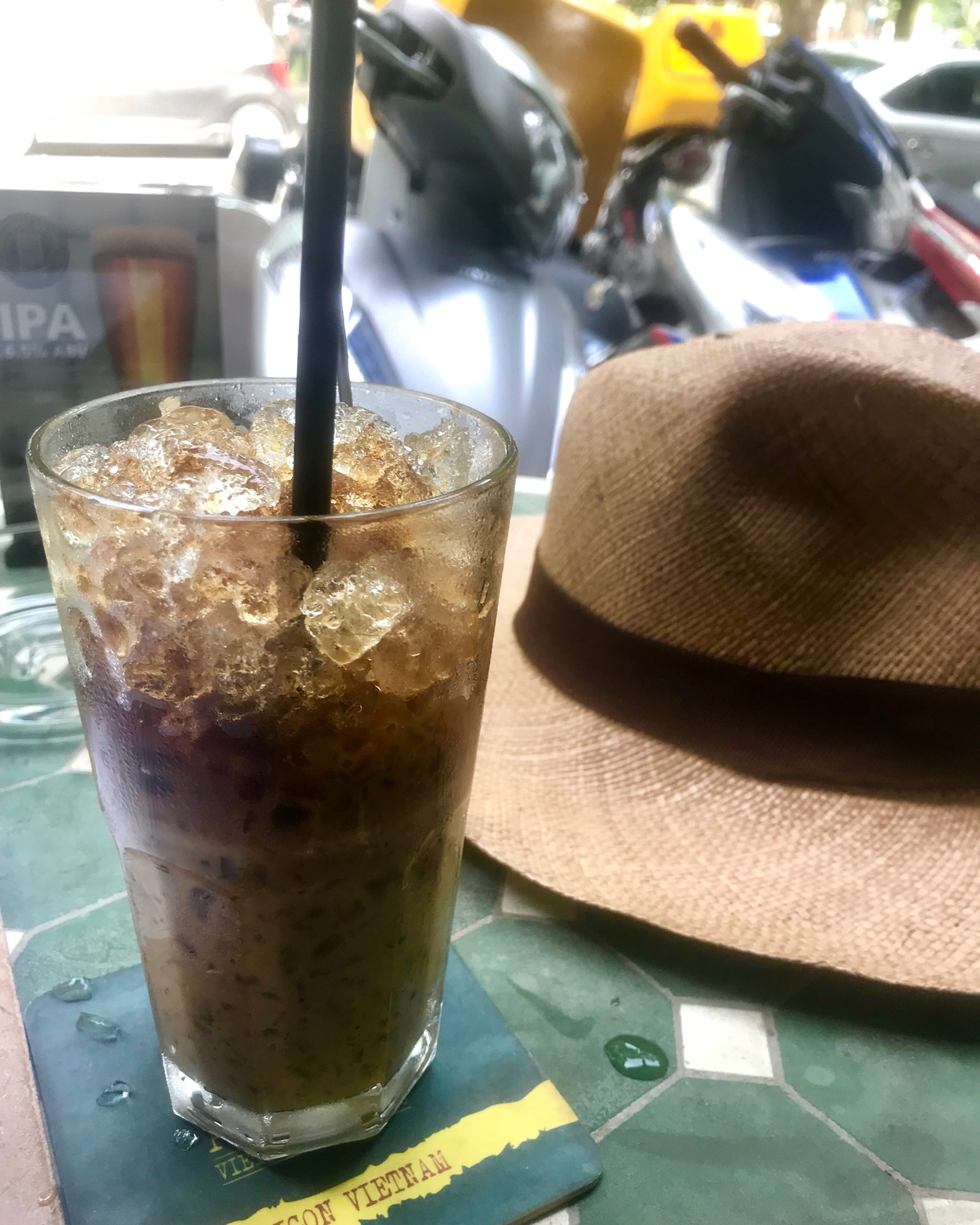 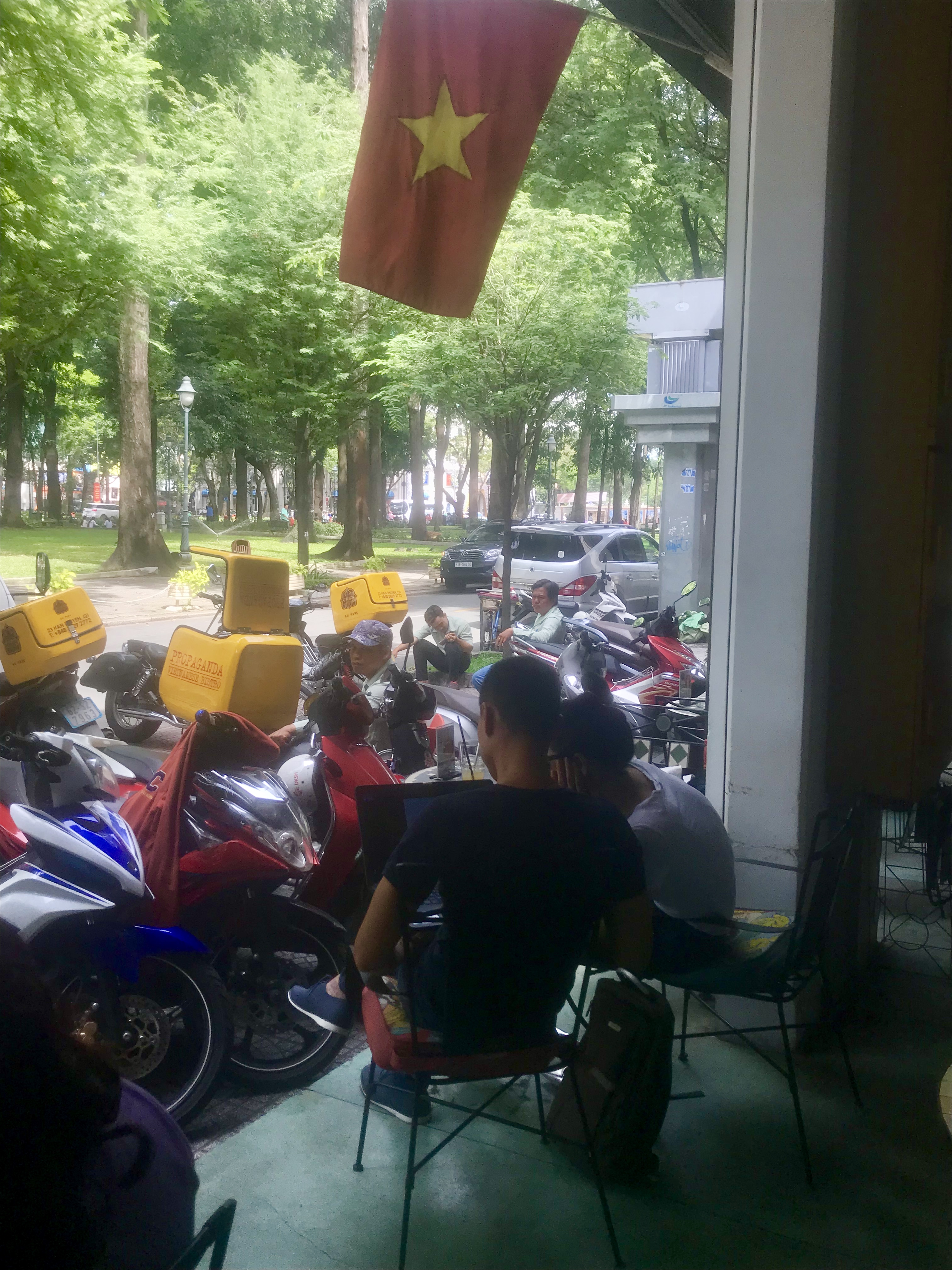 Having sweated out my hairdo, I bagged walking to the Opera House and instead ducked into Zara. One of the better stocked, calmer Zara’s I’ve ever been to! Enjoyed the air conditioning and free WiFi while  searching out my next move (out of the heat), thus decided to go get a massage until the day started to cool down

Found the Temple Leaf spa nearby and went in to inquire about an hour and a half massage? 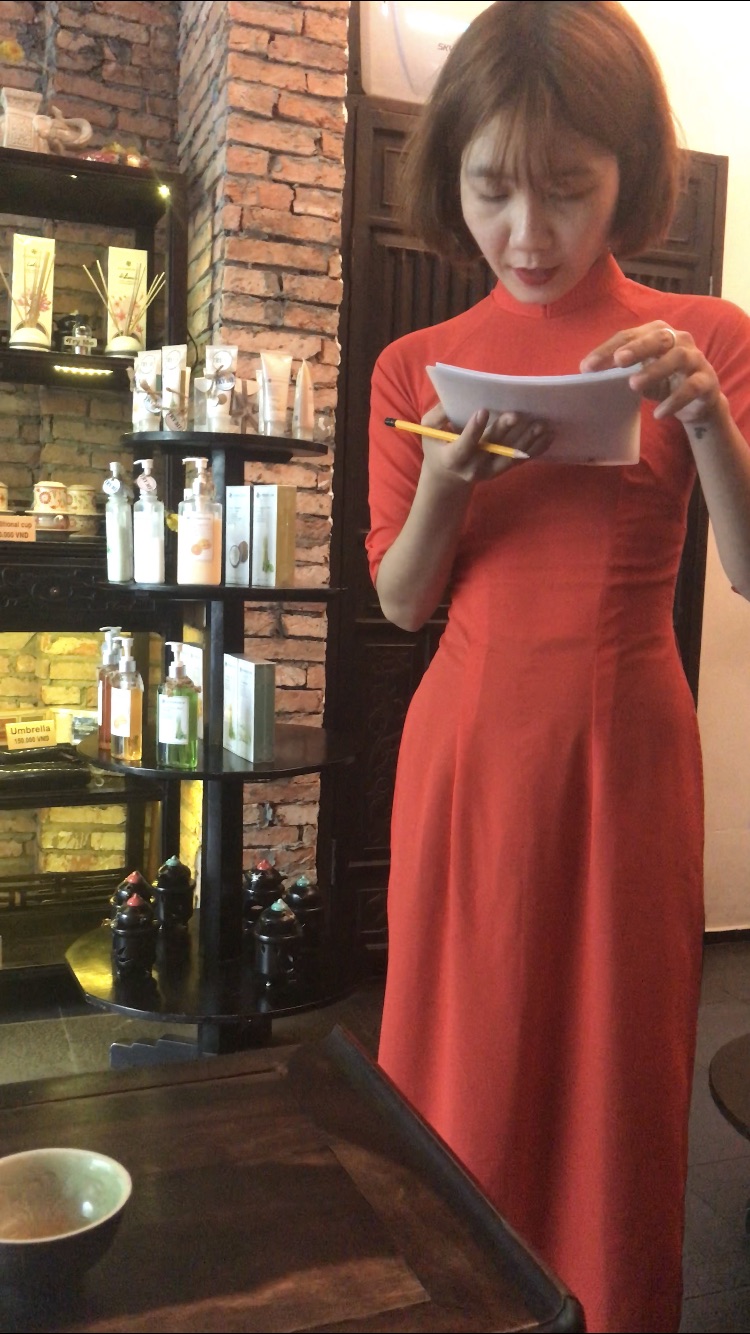 Upon entry, tea was presented along with a menu of services. I chose a regular hour and a half massage that included a cucumber face mask and a brief hot stone back treatment. While I did not have a reservation, I would highly recommend one. Luckily I was accommodated quickly. The cost was roughly $20. 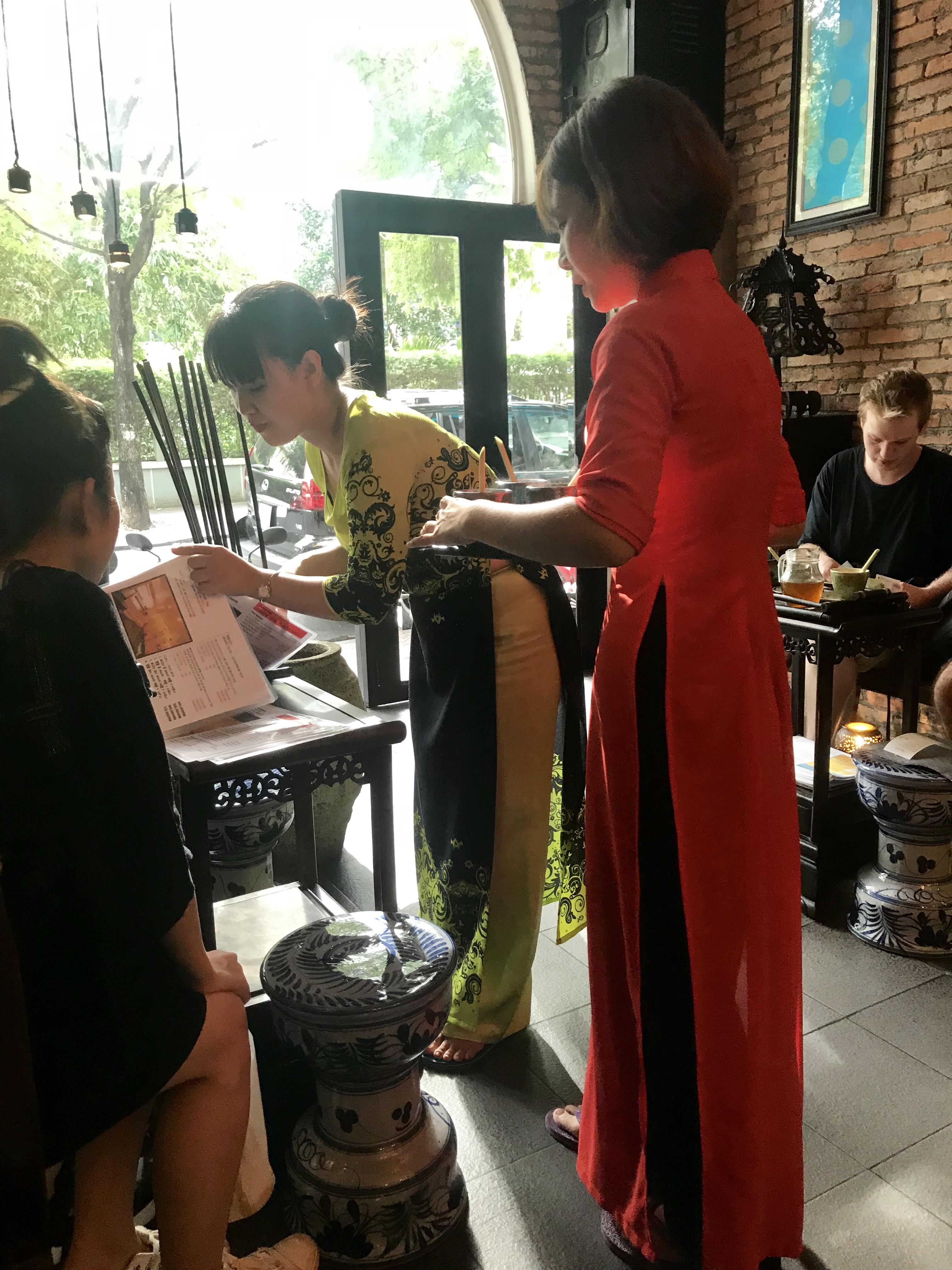 Lobby at the Temple leaf spa

Afterwards I headed back to the hotel to charge my phone and enjoy afternoon tea with local music offered daily from 3-5pm daily in the hotel foyer. 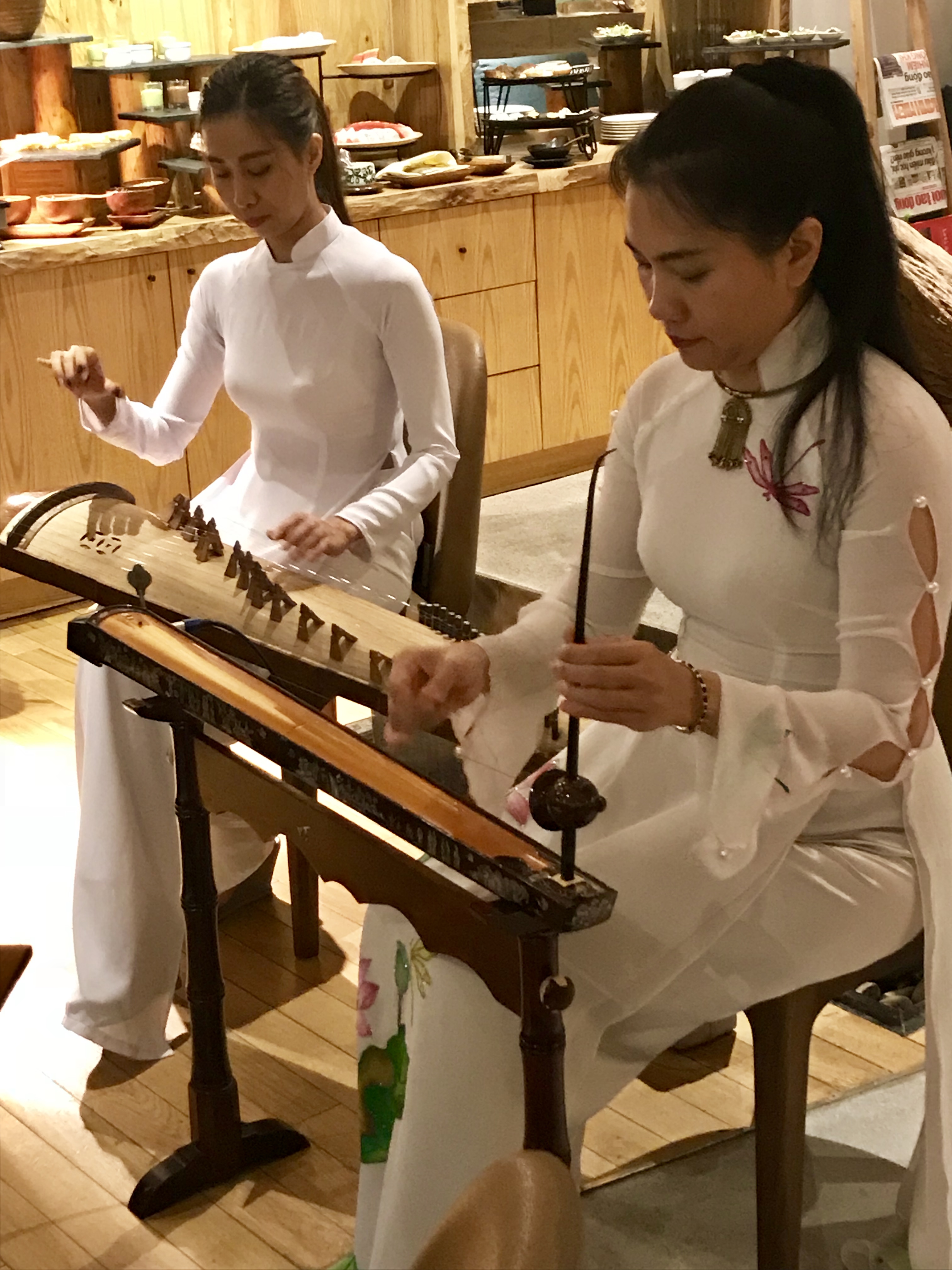 Afterwards, I went upstairs to change for my food tour.  Stay tuned for the adventure in my next post.

Tre
Permalink
Asia, Destination, Other
No tags
No comments
1370
0
0